14th November 2019
News
Douglas ‘Wrong Way’ Corrigan’s famous Curtiss Robin, NX9243, appeared in public for the first time in more than 30 years at Chino, California on 27 October following its acquisition by the Planes of Fame Air Museum. The 1929-built machine had been locked away in a garage in Santa Ana since being displayed at the California Air Fair at Hawthorne in southwestern Los Angeles County in July 1988, when the 82-year-old Corrigan made his final public appearance with the aeroplane during the 50th anniversary celebration of his famous flight across the Atlantic. 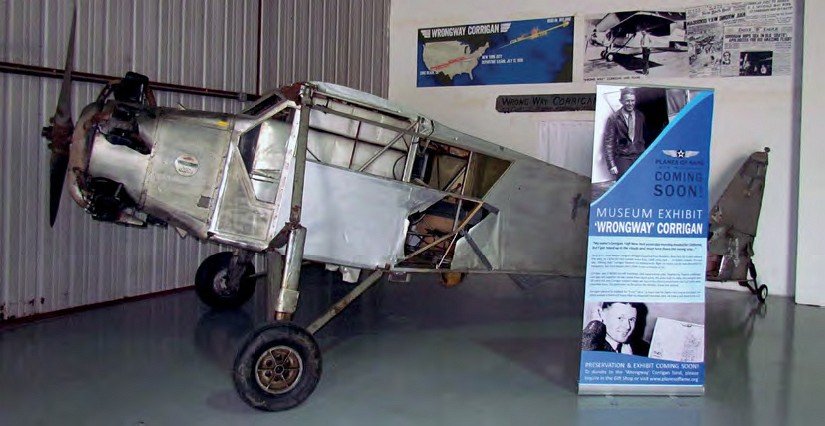 The totally original fuselage of ‘Wrong Way’ Corrigan’s Curtiss Robin in the Planes of Fame museum on 27 October. The wings are currently stored there. INSET: The unmolested cockpit of the Robin, in which Corrigan was confi ned for more than 28 hours during his chancy Atlantic crossing on 17 July 1938.
FRANK B. MORMILLO

During 1926, as a mechanic at the Ryan Aeronautical Company in San Diego, Corrigan worked on Charles Lindbergh’s Ryan NYP Spirit of St Louis, being responsible for wing assembly and fuel tank and instrument panel installation. Shortly before 07.50hrs on 20 May 1927, Corrigan pulled the chocks away from the Ryan at Roosevelt Field, Long Island, as Lindbergh set out on his epoch-making adventure. Corrigan resolved to emulate Lindbergh, and after gaining his transport pilot’s certificate in October 1929 started a passenger service between small towns on the east coast, also giving ‘barnstormer’ displays. During 1933 he acquired the OX-5-powered Robin and began to modify it for long-distance flying, installing extra fuel tanks and a replacement powerplant, built up from two old Wright J-6-5 Whirlwind engines.

During 1935 Corrigan approached the Bureau of Air Commerce for permission to make a non-stop flight from New York to Ireland, the application being firmly rejected on the grounds that his aeroplane was unfit for such a flight.

Over the following two years Corrigan persisted with extensive modifications but continued to be refused authorisation, the authorities now even judging the Robin as too unstable and refusing renewal of its licence. Corrigan is then thought to have hatched a plan to make an unoffcial crossing, even though the ‘feds’ contacted the management at many Californian airThelds to say his Robin was not airworthy, resulting in it being grounded for six months. 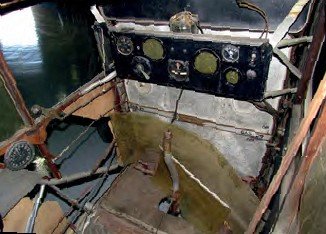 On 9 July 1938, Corrigan left California for Floyd Bennett Field, New York in the Robin, which was now named Sunshine, having obtained permission for a transcontinental flight. The journey took him 27 hours, the Curtiss running low on fuel due to a fuel leak which filled the cockpit with fumes. Corrigan had conditional consent for the return trip west, but during a commotion at Floyd Bennett — due to the presence of Howard Hughes who was about to embark on a world tour — he quickly logged a flight plan back to California with the airport manager. Having taken on 320 US gallons the previous day, Corrigan asked the manager, Kenneth P. Behr, which runway to use. Behr told him to use any runway just as long as he didn’t take offheading west towards Behr’s offce building with all that fuel on board. With fuel tanks mounted at the front, allowing vision only out of the side windows, and a 20-yearold compass in the cockpit, at 05.15hrs on 17 July Corrigan took off heading east before disappearing into a cloud bank. He later claimed to have only noticed his ‘navigational error’ a whopping 26 hours later.

Corrigan landed at Baldonnel near Dublin after 28 hours 13 minutes in the air. After getting out of the Robin he is said to have exclaimed, “Just got in from New York. Where am I?” After professing to the authorities that he had lost his way in cloud due to a malfunctioning compass they suspended Corrigan’s licence, not believing a word of his story. But even before returning to the USA with his crated aeroplane on the steamship Manhattan, Corrigan had become an international celebrity, and was mobbed as he walked down the gangplank after arriving back in New York on 4 August. He was honoured with a ticker-tape parade down Broadway, and his licence was returned after a lenient, 14-day suspension.

Corrigan became a staple of popular culture, catching the imagination of the public as the Great Depression dragged on. He endorsed a series of ‘Wrong Way’ products, including a watch that ran backwards, and was referenced in the firee Stooges film Flat Foot Stooges. Corrigan went on to work as an airline pilot in California. He retired in 1950 and moved to Santa Ana, where he lived until passing away on 9 December 1995.