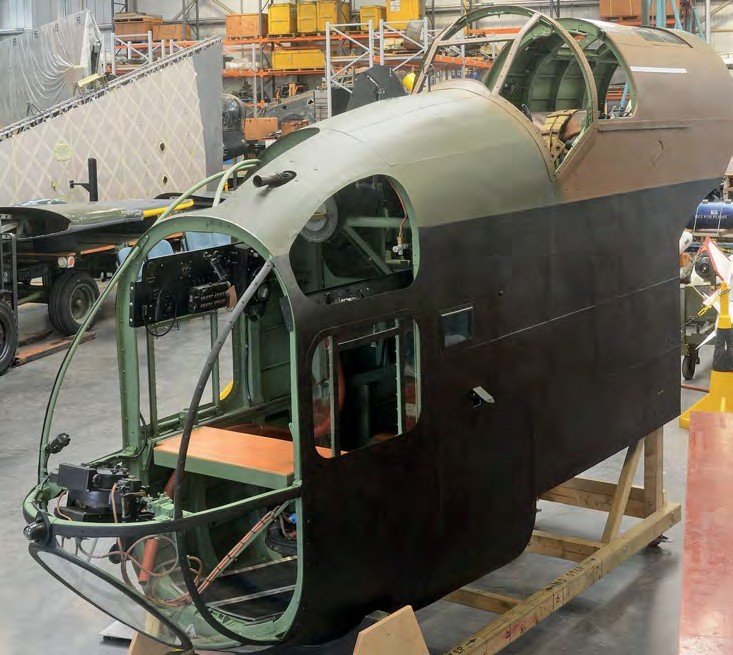 The immaculate, reconstructed nose of Hampden TBI P1344 in the MBCC at Cosford on 13 October.
IAN FRIMSTON

From 13-18 November the RAF Museum Cosford will stage its annual Michael Beetham Conservation Centre Open Week, which this year will give visitors the first opportunity to see the almost completed nose section of Handley Page Hampden TBI P1344.

To bring the type back from extinction in the UK, full-time aircraft technician Dave Carr has been working on P1344 since the spring of 2015. The nose — much of which was missing when the aircraft was recovered in 1991 from the site of its September 1942 forced landing in the far north-west of Russia — has had to be reconstructed, using original manufacturers’ drawings. New fuselage frames and formers needed to be manufactured, the formers taking far longer to construct than the frames. Internal items such as the gunsights and cockpit instruments have come from the museum’s reserve store at Stafford, and a wiring loom will be made up and fitted when all three sections of the fuselage have been mated. Moulds for the glazing have been constructed at the MBCC and are due to go to an outside specialist for the transparencies to be blown. The nose has been painted, and the recently completed centre fuselage section is ready for paint. Work will now begin on the restoration of the rear fuselage. With the tail and wings completed, it is hoped that the finished aircraft will be ready for display in the newly rearranged Bomber Command Hall at the RAF Museum London at Hendon in approximately two years’ time.

Work on the RAFM’s other early-war bomber restoration project, Wellington X MF628, is also forging ahead, with one wing now re-covered using Irish linen and painted in a Bomber Command night colour scheme. The majority of the fuselage has undergone conservation, the next step being to raise it up on jacks so that work can be begin on the underside to treat any corrosion that is present. All wooden components have been checked for delamination and varnished ready for installation once the restoration of the fuselage is done. It will be painted in a basic Bomber Command scheme devoid of any unit markings, and is expected to go on show at Cosford, having been on display at Hendon between 1972 and 2010. 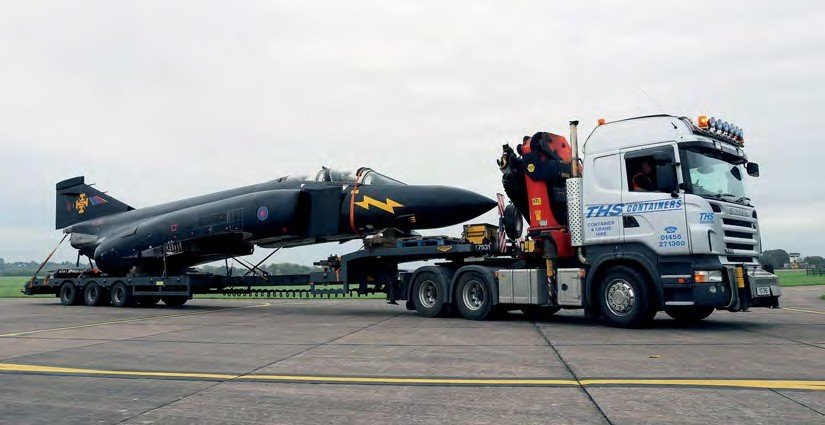 McDonnell Douglas Phantom FG1 XV582/BM, known as ‘Black Mike’, arrived at Cosford from RAF Leuchars on 26 October. The former No 111 Squadron aircraft — which was painted overall gloss black in the summer of 1989 as a tribute to ‘Treble One’s’ Black Arrows Hawker Hunter aerobatic team — is currently owned by GJD Services, and will be one of the stars in the RAF 100th anniversary static exhibition at the RAF Cosford Air Show on 10 June 2018. So too will the RAF Museum’s Boulton Paul Defiant I N1671, making an extremely rare outdoor appearance.