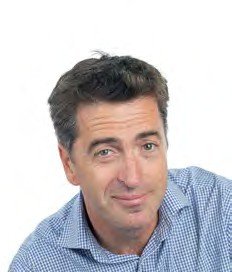 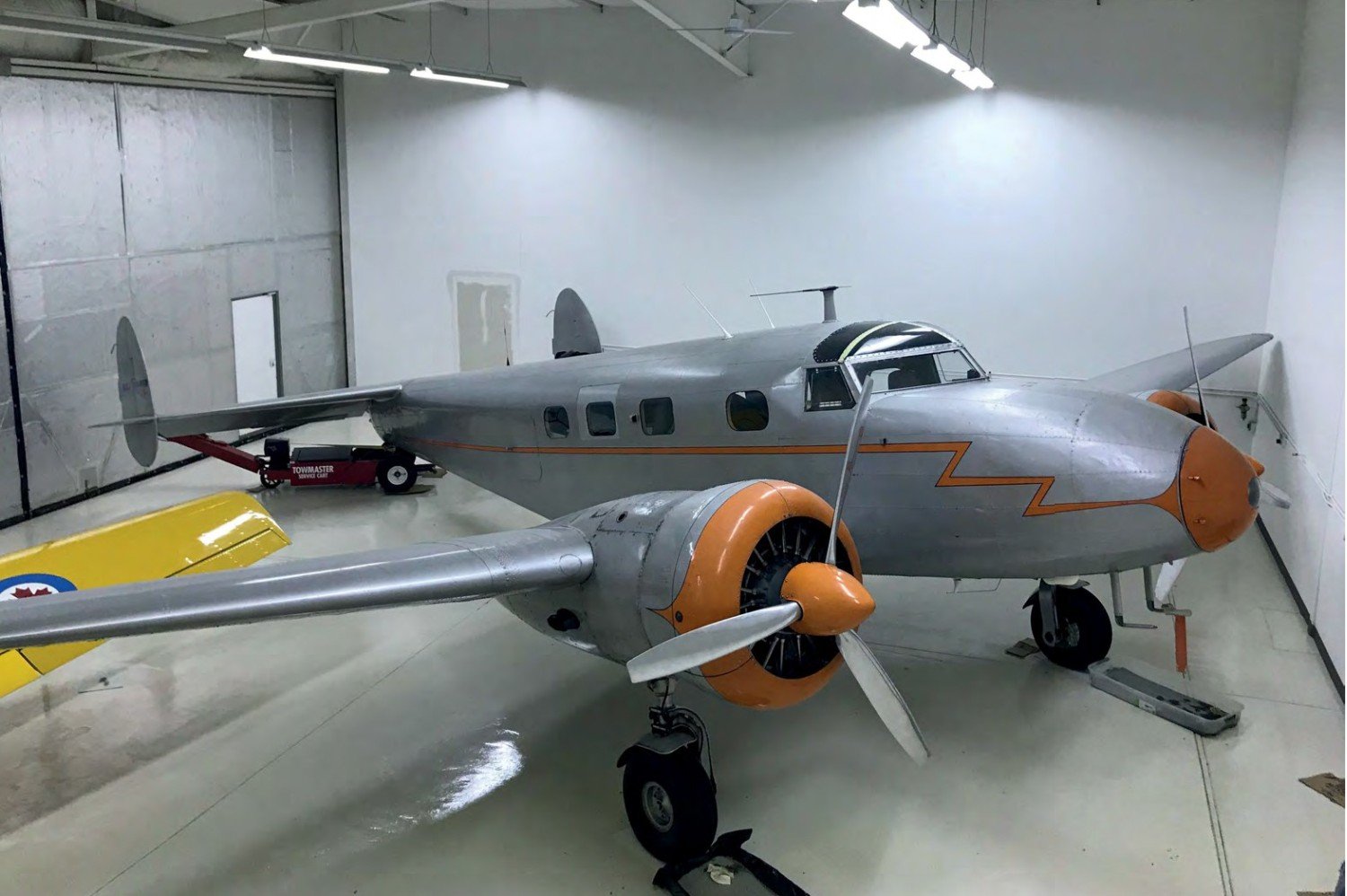 Lockheed 12A N12EJ, the former G-AFTL, at Green Mountain Airport in December. The three-bladed propellers were fitted by Art Scholl during 1974.
VIA LAURA SALIS

The world’s most historic photo-reconnaissance aircraft, Sidney Cotton’s Lockheed 12A G-AFTL, is due to return to Europe this summer after spending the past 78 years in the USA. Currently registered N12EJ, the Electra Junior is the very machine used by Cotton to photograph military installations in the German Reich shortly before the outbreak of war in 1939. After being ferried across the Atlantic the hugely historic Lockheed will be operated by the Aero Vintage Academy at La Ferté Alais, 26 miles south of Paris.

Sidney Cotton, an Australian businessman, inventor, engineer and adventurer — who had devised the Sidcot flying suit during the summer of 1916 while flying with the Royal Naval Air Service — got into the aerial survey business while seal and game-spotting in Canada after the First World War, and subsequently turned to aerial photography, particularly over National Park sites such as the Grand Canyon. In 1938, back in the UK, he started aerial survey company Aerofilms, flying from Heston, and was recruited by Frederick W. Winterbottom of MI6 to take clandestine photographs of the German military build-up. Winterbottom had been a regular visitor to Germany, and as an apparent Nazi sympathiser was welcomed into the highest circles of the Third Reich, meeting Adolf Hitler, Hermann Göring and Luftwaffe top brass Erhard Milch and Albert Kesselring, all the while gathering enormous amounts of information on the Luftwaffe and the intentions of the German military. 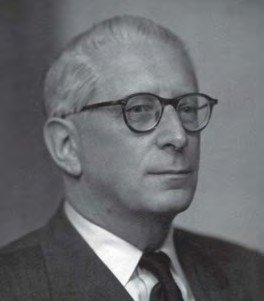 The 1936-built Lockheed last crossed the Atlantic west to east in early May 1939 on the SS Aquitania and was reassembled at Southampton’s Eastleigh Airport by Cunliffe- Owen Aircraft, forsaking its natural metal finish for a less obtrusive overall green scheme with red trim. On 15 May it became G-AFTL, the certificate of registration being to British Airways so as to cover up its true purpose. Two supplementary 70-gallon fuel tanks boosted range to 1,600 miles, and Airwork at Heston installed hatches under the rear fuselage behind which three F24 cameras were fitted. Activation was by a button under the pilot’s seat.

Cotton’s wealth and status were put to good use as he flew ’FTL on ‘location scouting sorties’ for his film company, beginning with flights during June 1939 over the Middle East and North Africa, taking pictures over Sicily, Italian Somaliland and the Libyan coast. During mid-July Leica cameras were fitted behind sliding panels in the wings, and on the 26th Cotton flew from Heston to Berlin Tempelhof, returning the following day having taken pictures on both the outward and return flights. Although the flight plans were supposed to be dictated by the Germans, the urbane and persuasive Cotton managed to get away with flying off-track and over various military installations. On one occasion, Winterbottom introduced Cotton to the commander of Tempelhof Airport, who asked Cotton if he would take him up on a trip in the Lockheed.

“Although still a civilian aeroplane, the Lockheed did an enormous amount to improve the RAF’s reconnaissance capabilities”

Permission was obtained for them to fly over the Rhine at Mannheim, which was a restricted zone. Cotton photographed the entire area, and on the return trip captured important pictures of the German fleet anchored at Wilhelmshaven. Another sortie saw Cotton allowing Albert Kesselring to fly the Lockheed from the right-hand seat while Cotton surreptitiously operated the cameras from under the left-hand seat, taking pictures of the military airfield from which they were operating.

On 24 August 1939, ’FTL was the last British aircraft to leave Germany, pictures being taken on the way back to Heston. Further reconnaissance flights were made over Heligoland and Sylt on 29 August, and the docks at Wilhelmshaven on 29 August, just three days before the outbreak of hostilities. On 17 September Cotton presented the Air Ministry with pictures taken unofficially along the length of the Dutch coast five days earlier, and was commissioned into the RAF as an acting wing commander and engaged to set up the service’s Photographic Development Unit at Heston.

The following month the Lockheed, although still a civilian aeroplane, was delivered to the unit, which was inevitably to become known as ‘the Cotton Club’ and did an enormous amount to improve the RAF’s reconnaissance capabilities. G-AFTL continued to fly important sorties, including a 12 April 1940 mission along the south coast of England testing the efficiency of the aircraft reporting system. Flights all over France continued well after the end of the ‘phoney war’, ’FTL venturing as far as Marseilles on 11 June, finally returning to Heston via Jersey on 18 June. After the expiry of its airworthiness certificate on 25 August, ’FTL was badly damaged at Heston during the evening of 19 September when the hangar in which it was residing was hit by a parachute mine. 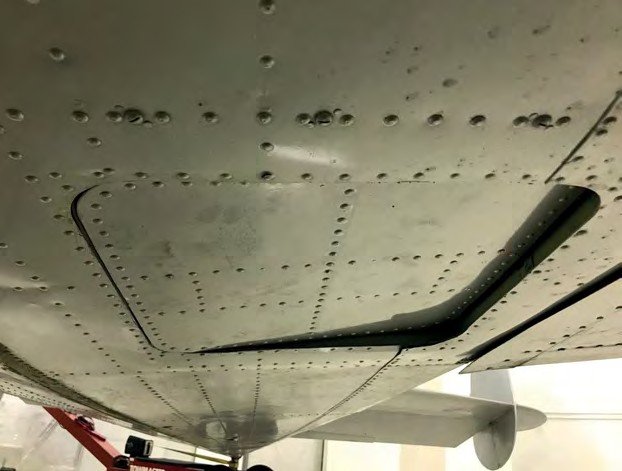 The original sliding panels under the fuselage that covered the Electra Junior’s F24 cameras are still in place. Warm cabin air was diverted to prevent condensation on the optical surfaces.
VIA LAURA SALIS 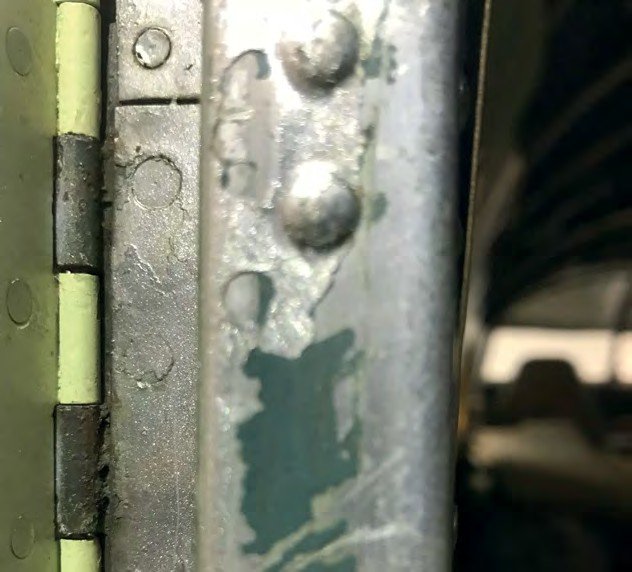 During recent cleaning, some of the original green paint applied to ’FTL in May 1939 was revealed.
VIA LAURA SALIS

After being shipped back to the Lockheed factory at Burbank, southern California for repairs, ’FTL was sold on and registered NX21707. Among subsequent owners was film and stunt pilot ‘Art’ Scholl, who acquired it in January 1974. He flew the machine in the film Doc Savage, which starred Tarzan actor Ron Ely, followed by an NBC film about Amelia Earhart and finally the 1977 television mini-series The Amazing Howard Hughes, starring Tommy Lee Jones. In December 2003 it went to retired Delta Airlines pilot Ben Runyan, based at Green Mountain Airport in Vancouver, Washington, and was christened Sidney. Runyan and his son were killed in the crash of a Yak-52 in May 2008, and eight years later Runyan’s widow sold this near-priceless piece of European history to its new French owners.