The Gendarmería Nacional was born as a border patrol within the Argentine Army but has now evolved into an in dependent force t o fight federal crime, as Santiago Rivas reports The helicopter fleet of the Gendarmería Nacional comprises mainly Airbus and Leonardo types. The AW169, seen at the front of this formation, is the largest helicopter of the force, bought to replace the Huey 2s that failed conversion
Images by Santiago Rivas unless stated

Despite budget cuts, the Gendarmería Nacional (GN) has seen its helicopter fleet modernised in recent years, albeit moderately, with its ageing Hughes 500 and Lamas aircraft replaced by Ecureuil rotorcraft. 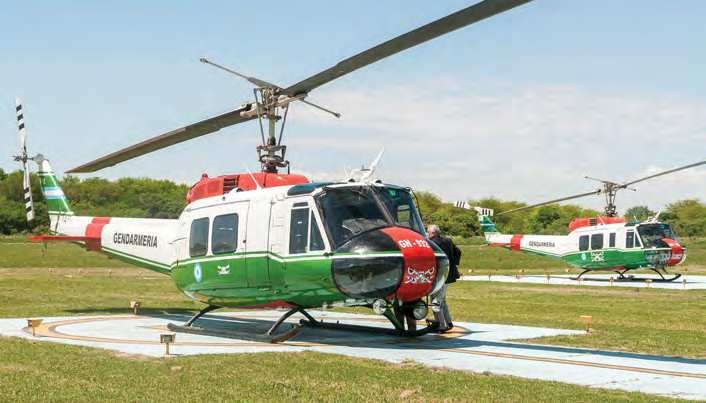 Four Bell UH-1Hs were purchased to be converted into Huey 2s, but when the first two were delivered they were not accepted. Instead, they went to the Army