There’s still a distance to travel to create gender equality among pilots in the airline industry. Mark Broadbent reports

WOMEN IN THE AIRLINE INDUSTRY 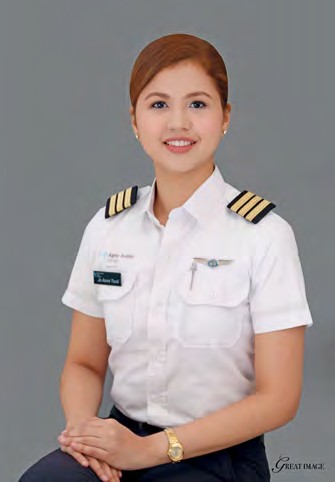 Women have played a role in aviation from the earliest days of flight. Raymonde de Laroche was the first woman to receive a pilot’s licence in March 1910, only six years after the Wright Brothers took to the air.

In the 1910s, women pilots in Europe, the United States, Russia and China received licences. Some women flew during the First World War, and the inter-war years saw pilots such as Amy Johnson, Jean Batten and Amelia Earhart become household names in setting and breaking aviation records.

Despite this rich heritage, a stark gender imbalance remains among airline pilots. According to estimates from the United- States-based International Society of Women Airline Pilots, of the 130,000 commercial air transport pilots worldwide only 4,000 (3%) are women.

Kate McWilliams, easyJet’s youngest female pilot, told AIR International: “Fifty years ago almost all professions were dominated by men and over the last five decades there has been significant progress in almost every sector. However, the proportion has not changed for pilots and it is hard to think of another high-profile profession where women are so underrepresented.”

Jo Anne Toral, a first officer with Cebu Pacific in the Philippines, is frank about how this imbalance made her feel when she was training for her commercial pilot’s licence. She told AIR International: “It made me feel like I had to prove everything, which in turn made me much more critical of myself. I never doubted my ability but the default mental, physical, emotional and, for me, spiritual demands of training to be a pilot added personal pressure [that] was unwelcome.”

Toral emphasised those challenges are universal for all pilots, irrespective of their gender. She said: “Being a pilot takes a lot out of you professionally and emotionally. We have to condition ourselves by undergoing rigorous flight training, we have to live around schedule and you have to get used to learning the procedures. They’re essentials in becoming a pilot. We experience the same thing [as our male counterparts].”

Some airlines are trying to tackle the gender imbalance. Virgin Atlantic has its Future Flyers programme, which leads directly to a job as a pilot with the carrier. There are 12 spots on this training scheme each year. According to Malcolm Sutherland, Head of Flight Crew at Virgin Atlantic, 17% of the pilots currently on the programme are female.

Low-cost carrier easyJet launched the Amy Johnson Flying Initiative in October 2015. Its initial aim was to double the number of female new entrant pilots from 6% to 12% over two years. The airline achieved that target in the first year.

McWilliams said: “These women have either started to fly with easyJet or are assigned to courses due to start. We have now set ourselves a more stretching target of ensuring 20% of new entrant cadet pilots recruited by easyJet in 2020 are female. Based on current recruitment plans, this would mean we would be recruiting around 50 female pilots a year.”

Currently easyJet has 164 female pilots (that’s 5% of the airline’s total pilot workforce), of whom 62 are captains.

Beyond initiatives such as these, is there a greater need to encourage school and college-age girls that being a pilot is an attainable career for them? 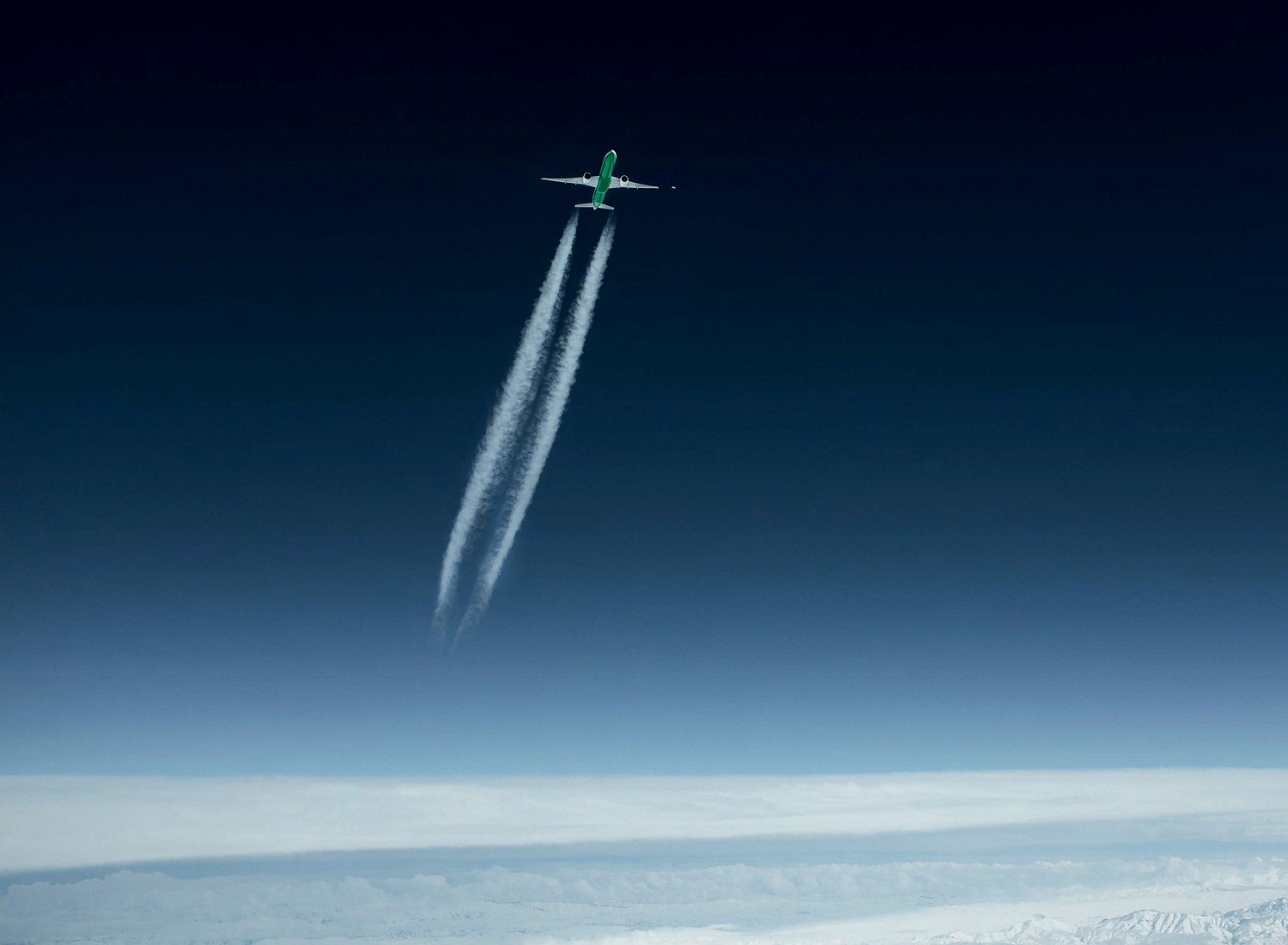 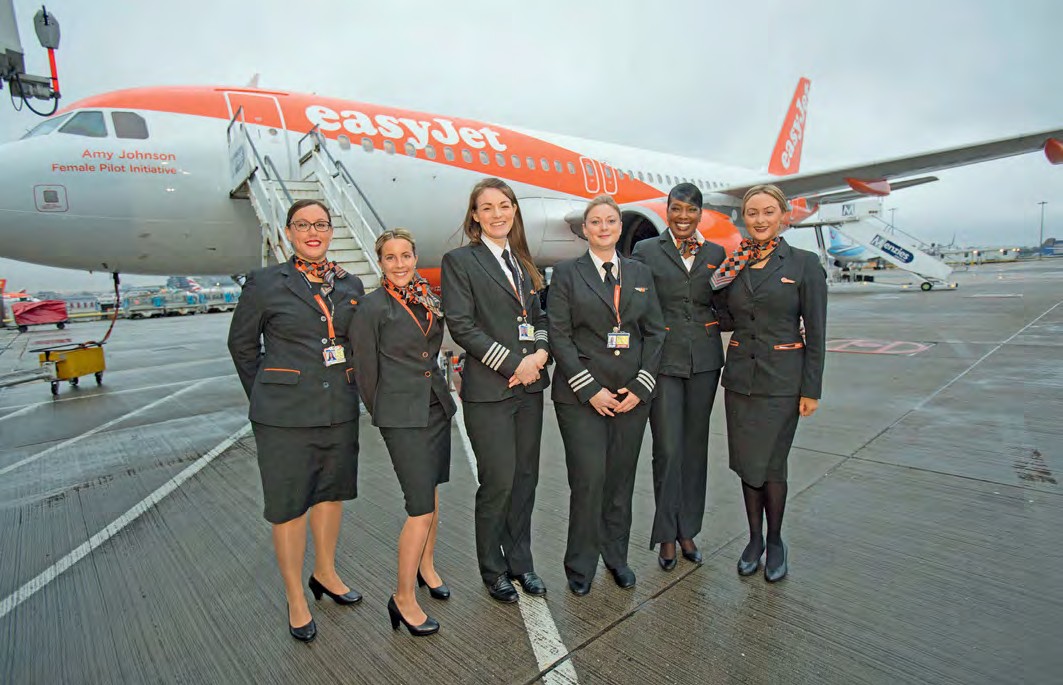 International Women’s Day in March 2017 was used by several airlines, including easyJet, to operate flights with all-female crews to highlight the roles played by women in the airline industry.
EasyJet

McWilliams thinks so: “Absolutely. This is certainly something we are focusing on at easyJet with myself and colleagues doing school visits as and when we can between ying duties. I wouldn’t say it is more difficult for women to become pilots, I just think that perhaps a lack of female role models in the industry does unfortunately make it appear less achievable.”

Sutherland concurred that more needs to be done in this area: “Raising awareness of all the great aviation careers available and the education and training routes to them should be promoted within schools.

Part of our challenge as an industry is to raise that awareness at an earlier stage.”

Toral thinks having “inspirational women pilots portrayed in the media” would help spread the message, but in her opinion boosting the numbers of women pilots is also about creating the right environments that will encourage women to pursue an aviation career. of the leading pilot training providers; they are aware of the need to get more women into the cockpit and some of their intake has been up to 20% female for their pilot training courses. This meant I was able to learn to y with likeminded women, which inspired me with confidence.”

The right environment doesn’t just relate to training, but also to having support networks that help women have a career while also having families. Toral cited India as a good example, where around 12% of commercial pilots are women, nearly 10% more than the global average: “The sector [in India] offers an extended support system that helps female pilots balance their roles as pilots, wives, partners, mothers and daughters. I think this is something the wider sector should take note of.”

Toral also thinks greater support from industry is crucial: “There needs to be greater clarity and drive from the top of cockpit. Our governments and airlines need to work hard to ensure there is career exibility, accessibility and opportunity for women looking to become pilots.”

In McWilliams’ view there is another important aspect to the message of encouraging more women pilots. She said: “We want it to be clear that the aviation industry is open to everyone; it doesn’t matter what subjects you study in school as long as you have the required aptitude.

Teachers tell their students that they can’t be pilots unless they study maths and physics; this is absolutely incorrect.

Being a pilot is so much more about teamwork, decision-making and situational awareness. It doesn’t matter what subjects you study at school, as long as you have the required aptitude.”

In Toral’s words, “The important thing is to encourage young girls to think they can be anything they want to be. There are no professions that are gender specific.

She said: “I was very lucky to learn to y at Alpha Aviation [in New Zealand], one the industry to drive home the message that women can, and do, perform in the They can do anything they set their minds to.”