Crowded Out: The Cunliffe-Owen CONCORDIA

Britain’s post-war civil aircraft industry saw many successes, but as manufacturers jostled in a crowded market, casualties were inevitable. David Ransted recalls the all-too-brief history of the Cunliffe-Owen Concordia. 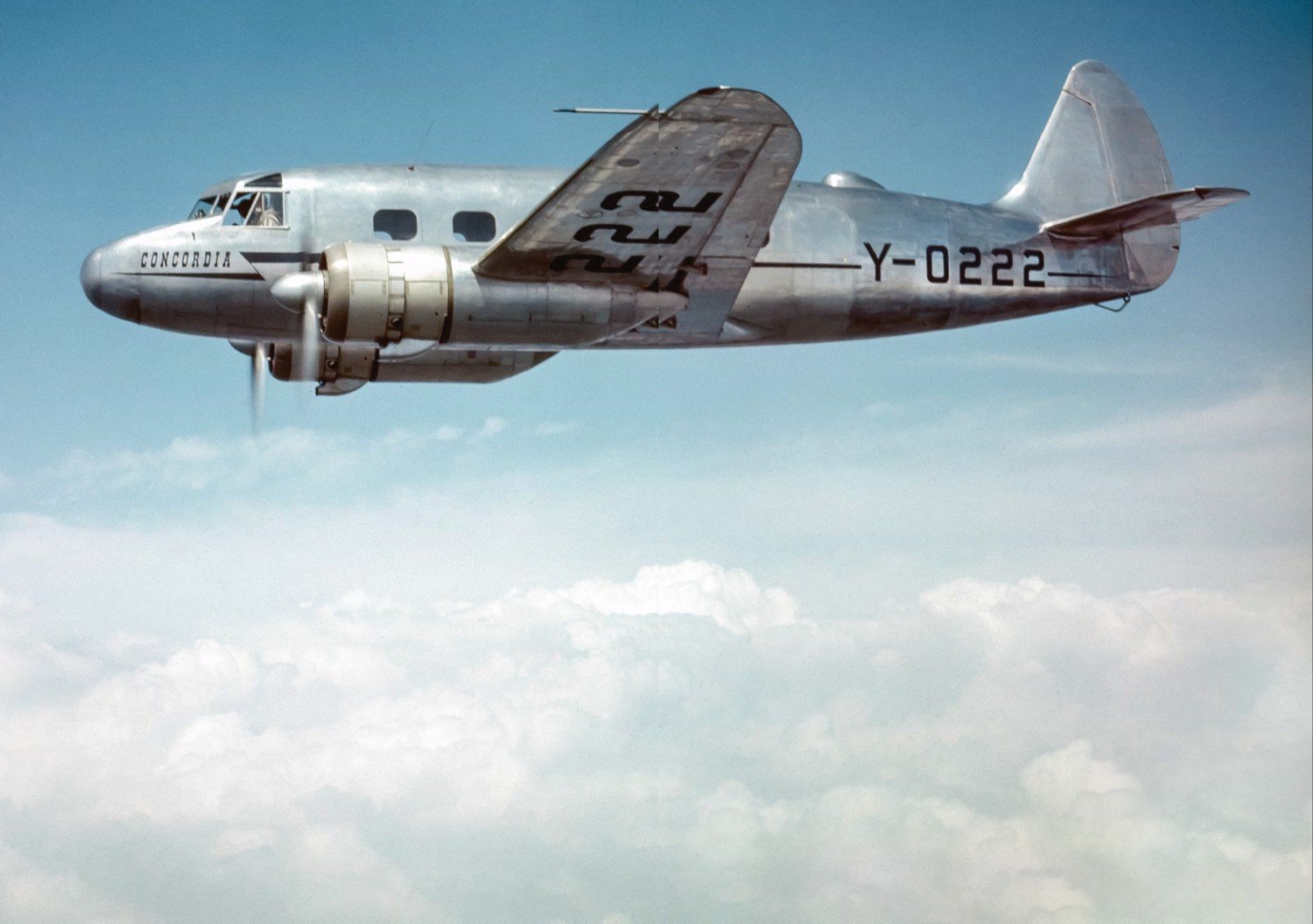 A rare colour image of the prototype Cunliffe-Owen Concordia taken during its maiden flight from the company’s Eastleigh facility on May 19, 1947. ALL IMAGES KEY ARCHIVE UNLESS STATED

Designed for the nascent post-war ‘feeder airliner’ market, Cunliffe-Owen’s Concordia was a mediumrange ten-seat commercial transport, designed by the company’s chief designer, W Garrow-Fisher, and built at Eastleigh in Hampshire. In the late-1930s, wealthy industrialist Sir Hugo Cunliffe-Owen, 1st Baronet, chairman of the British American Tobacco Company, had sought a way in to the aviation industry, creating Cunliffe-Owen Aircraft as a subsidiary in 1937. The company’s initial project was the Cunliffe-Owen OA-Mk1, a modified licence-built version of the Burnelli UB-14B ‘flying wing’ design. It attracted little customer attention and only two were built, one of which served during World War Two as General de Gaulle’s personal transport.