Jozef Mols looks back at Cubana’s formative years and the growth of its aircraft fleet and route network. 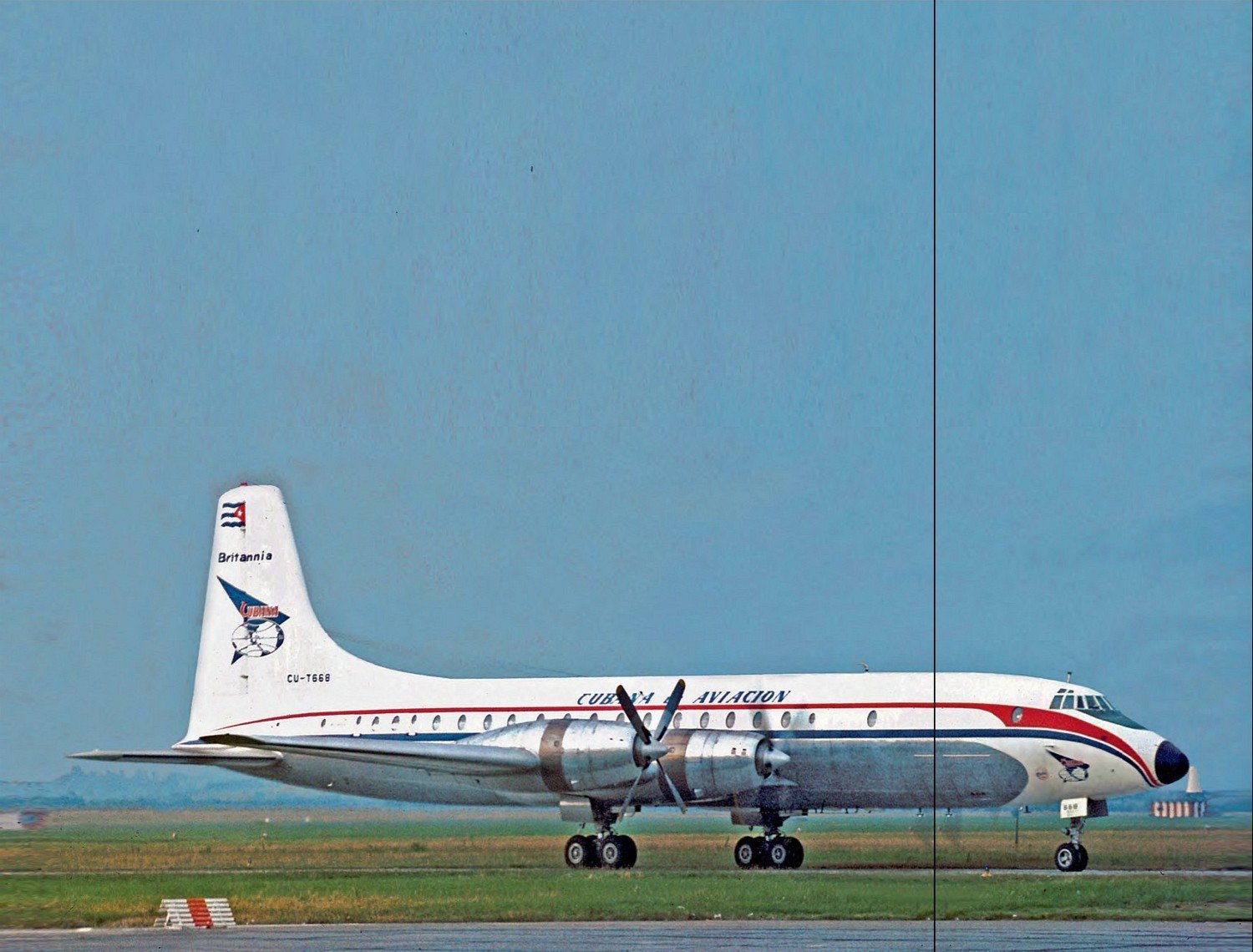 One of two Bristol Britannias operated by Cubana.
Malcolm Nason

Cuban aviation started in 1919 when the first aircraft, owned by the Cuban Government and flown by pilot Augustin Parlá, made the first aerial photos of Havana. That same year, the Compañía Aérea Cubana (CAC) was founded by millionaire Anibal J de Mesa, who made Parlá the airline’s general manager. CAC had a fleet of six Farman Goliath aircraft, which arrived in Cuba by ship from France. It o_ ered flights between Havana and Santiago de Cuba with stops in Santa Clara, Cienguegos and Camaguey.