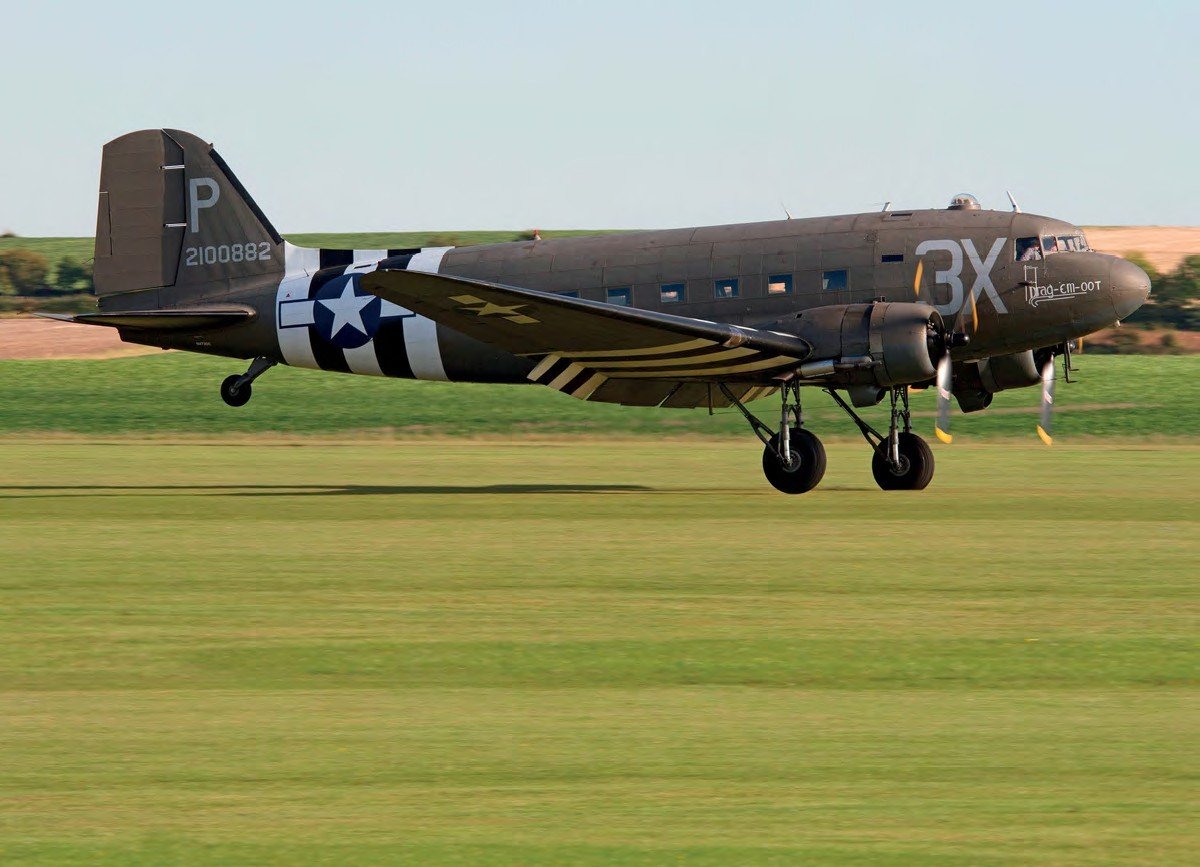 Headcorn, Kent-based Aero Legends has acquired the D-Day veteran Douglas C-47A Skytrain 42-100882/ N473DC Drag-em-oot from Dakota Heritage, with the ultimate aim of getting it on the British register and gaining an air operator certificate to enable the carriage of up to 18 passengers.

For the 2018 season, the C-47 will continue to be based at East Kirkby, the home of the Lincolnshire Aviation Heritage Centre, although it will make trips down to Headcorn for various Aero Legends events including the company’s popular ‘fly alongside’ photo missions. Drag-em-oot will continue to be used for static line parachute jumps, and is scheduled to visit, Normandy for the D-Day 75th anniversary events scheduled in June 2019.

In addition, Hugh Taylor’s Hurricane I P3717/G-HITT, operated by Bygone Aviation from Old Warden, will be visiting Headcorn for selected ‘fly alongside’ events during 2018. Aero Legends owns Spitfire IX TD314 for airshow/fly alongside work, two-seat Spitfire IXT NH341 for the ride programme, former Battle of Britain Memorial Flight DH Devon VP981/G‑DHDV, a pair of DH82A Tiger Moths, Prentice T1 VR259/G-APJB and T-6G Texan G-DDMV. Aero Legends will host a Battle of Britain airshow at Headcorn on 30 June-1 July 2018, and will be out in force for the airfield’s Combined Ops show on 18-19 August.