The US Air Force led tributes for the 75th anniversary of D-Day in June, applying a number of heritage schemes to its current aircraft. 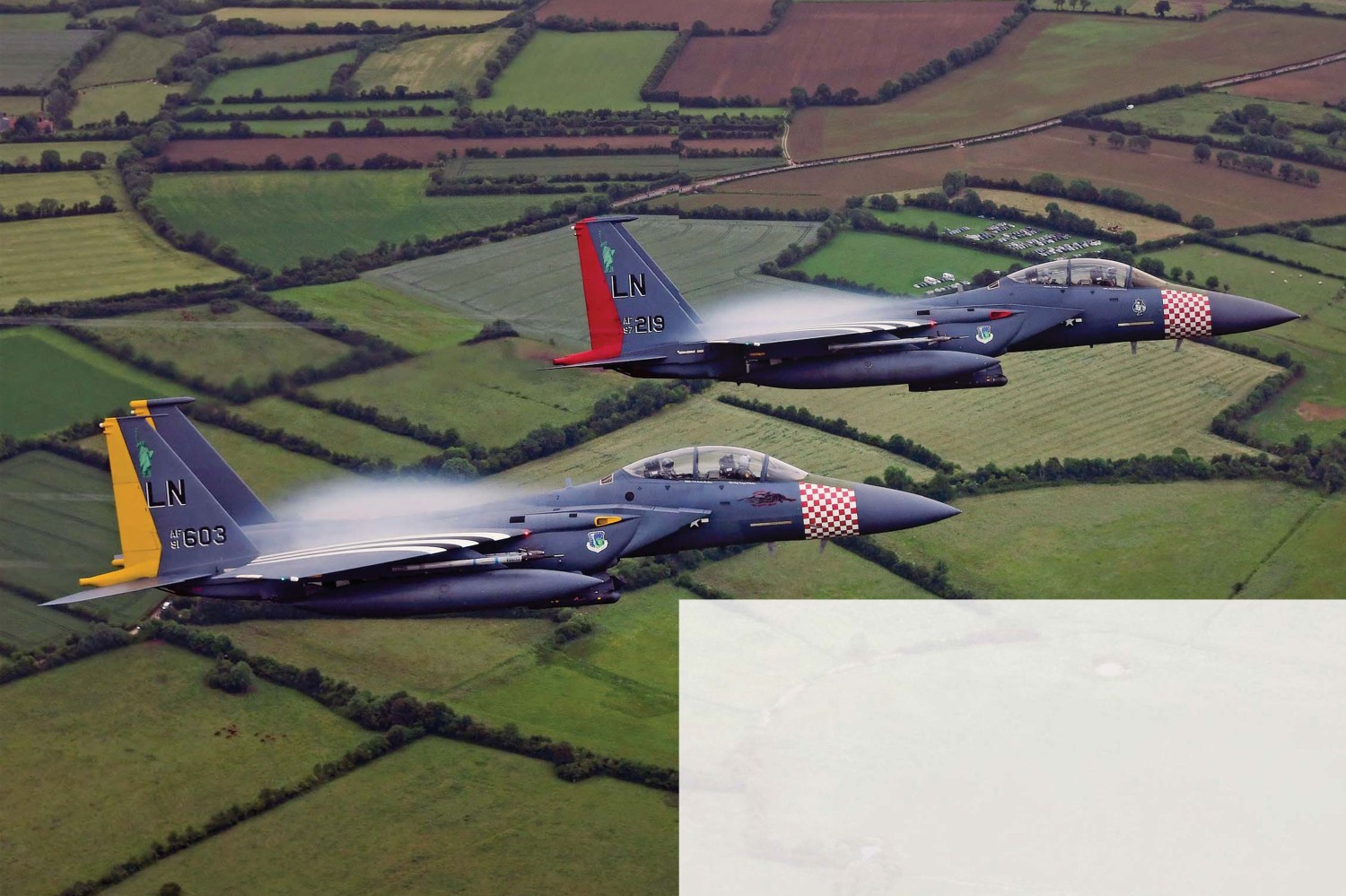 THE US AIR Force has led tributes to mark the 75th anniversary of World War Two’s D-Day landings in Normandy, France, on June 6, 1944. The 48th Fighter Wing at RAF Lakenheath applied special heritage schemes to aircraft from each of its three resident fighter squadrons. F-15Es from the 492nd and 494th Fighter Squadrons and an F-15C from the 493rd FS each received a red and white checkered nose, as well as black and white ‘invasion stripes’ to honor the 48th Fighter-Bomber Group that flew P-47 Thunderbolts in Europe during World War Two. ‘This heritage project is about the 48th FW legacy, and more specifically the wing’s support to the D-Day invasion,’ said Col Will Marshall, 48th FW commander.