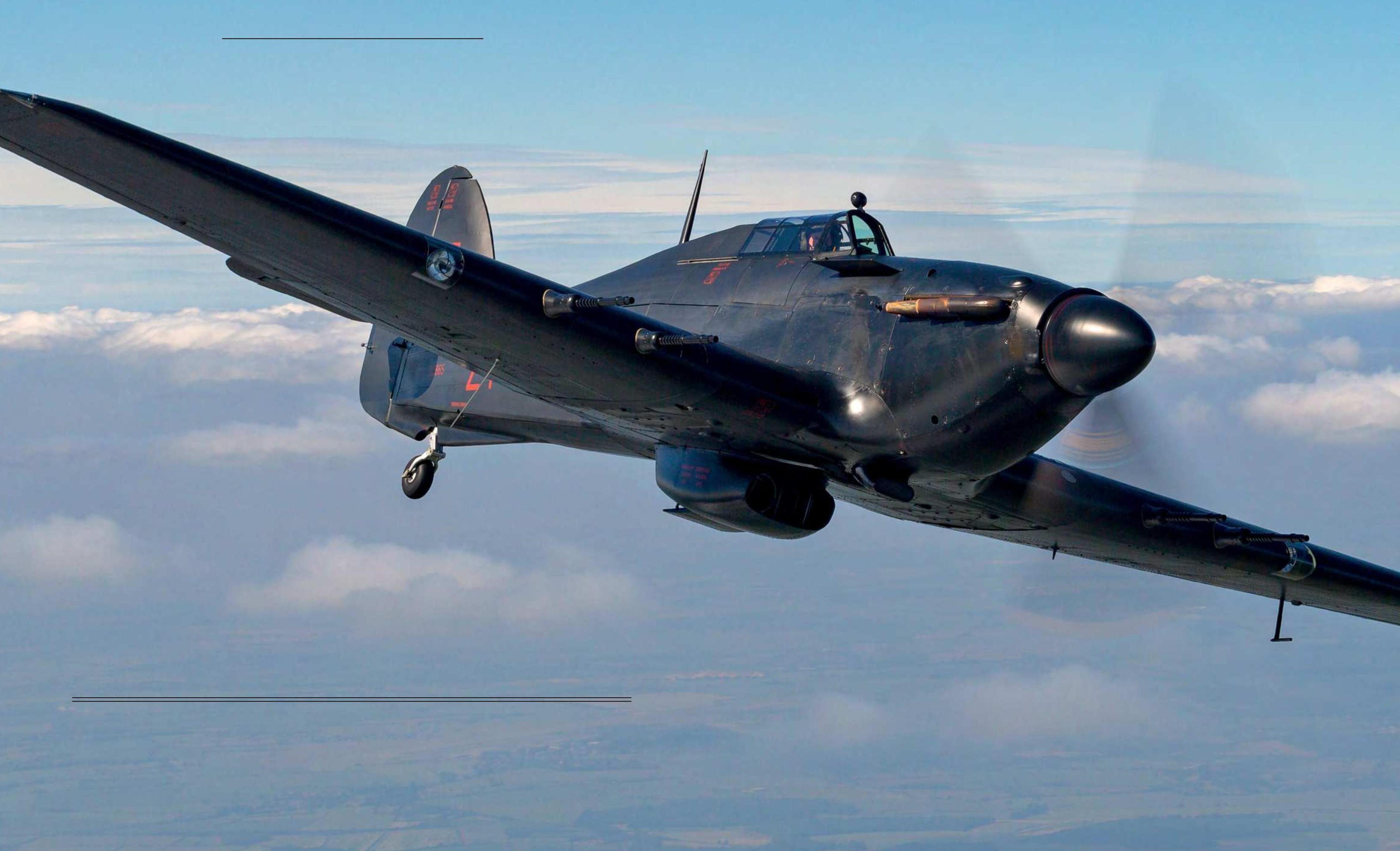 Hurricane Mk IIC PZ865 returned to its home with the RAF BBMF at Coningsby on May 5, after undergoing a ‘Major’ maintenance programme conducted by The Spitfire Company (Biggin Hill) Ltd. The famous Hurricane, The Last of the Many – the last of the type ever built – is now painted to represent a cannon-armed Hurricane Mk IIC of 247 Squadron, which was based at Predannack, Cornwall, and Exeter in Devon during 1942. PZ865 now commemorates all those Hurricane pilots of the night-fighter squadrons who risked their lives in the dark hours, bravely trying to defend against night bombing raids, then taking the fight to the enemy on night-intruder operations.