A rendering of a decidedly weathered H-12B, N4337, sporting the ‘C’ station identifier for its Calshot base.
CHRIS SANDHAM-BAILEY 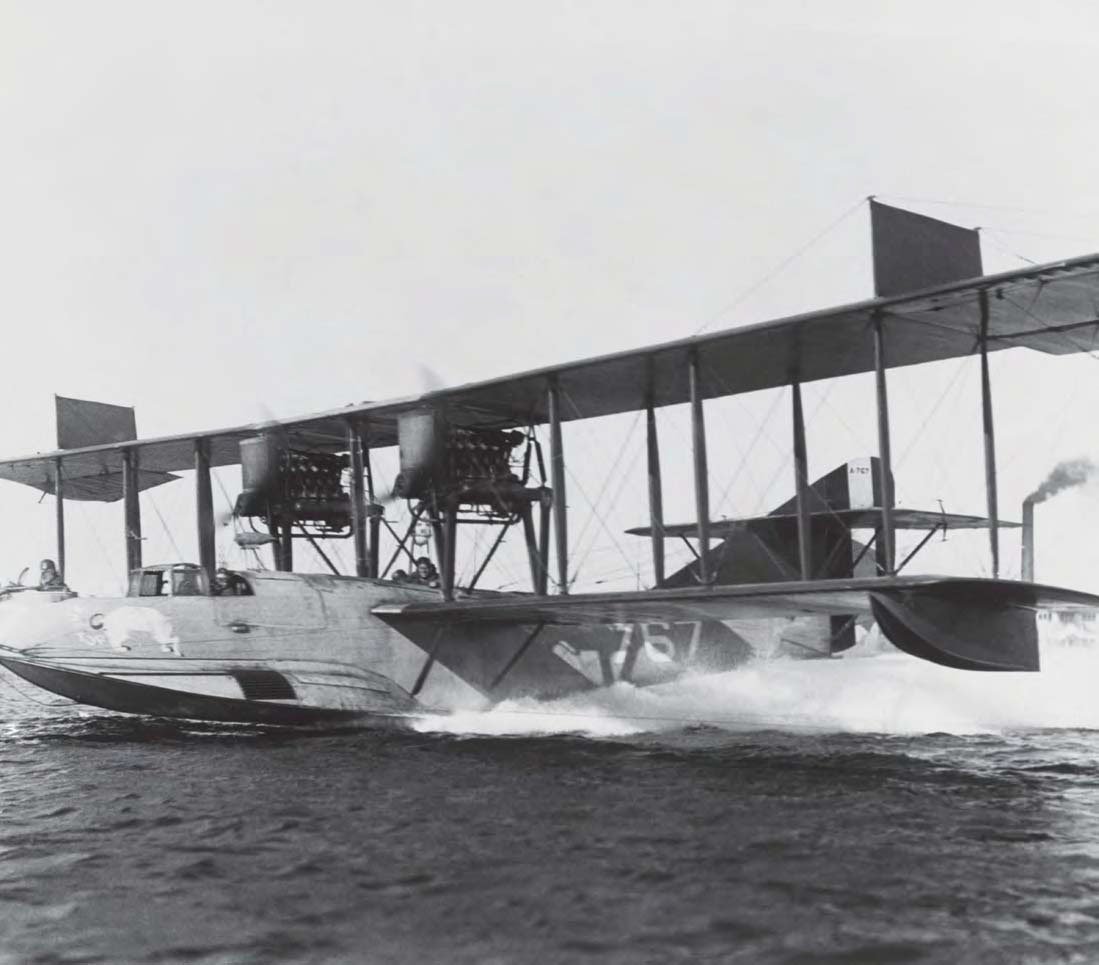 At the outbreak of the First World War, Britain’s Royal Naval Air Service had only a few waterborne aircraft, mostly floatplanes. All were small, light and unarmed. But following an intense development eff ort, early 1917 saw the introduction into RNAS service of a large maritime machine weighing more than 9,000lb, twin-engined, equipped with multiple machine guns and able to carry substantial bomb loads over long distances. Th is was the Curtiss H-12 flying boat, imported from the United States to help combat Germany’s U-boats around Britain’s coastline.