Its designer called the P-47 “a dinosaur with good proportions”. It turned out to be outstanding

Thunderbolt I HB975 served with No 135 Squadron, part of South-East Asia Command, in the Burma theatre.
CHRIS SANDHAM-BAILEY 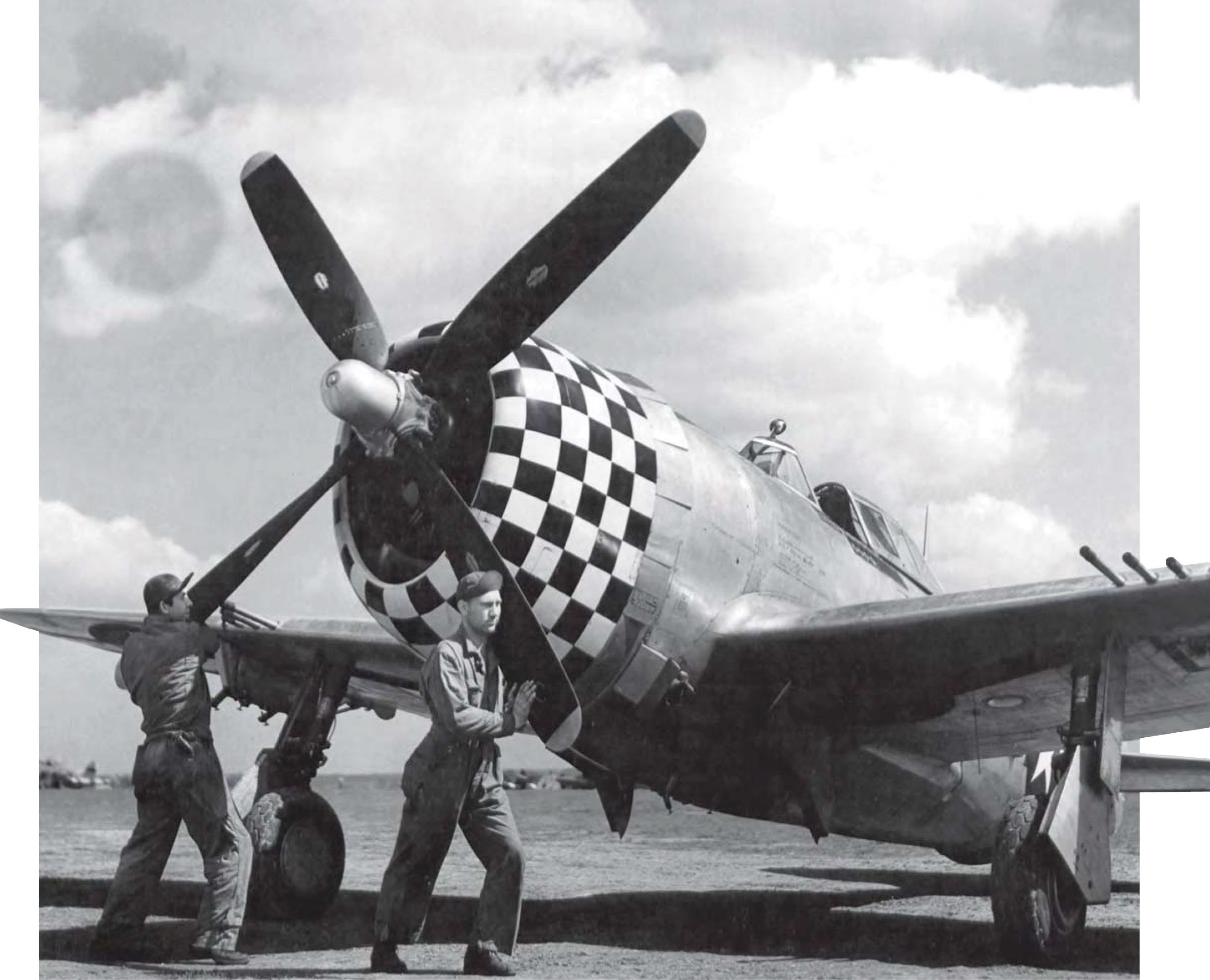 Capt Quince L. Brown of the 84th Fighter Squadron was the regular pilot of this 78th Fighter Group P-47D, serial 42-25698, here having its prop pulled through at Duxford.
NATIONAL ARCHIVES AND RECORDS ADMINISTRATION

Produced in larger numbers than any other American fighter, the P-47 began as a high-altitude point defence fighter, a role it would not serve in with the US Army Air Forces. With a range that barely got it across the English Channel when it was pressed into service as the primary escort fighter for the B-17s and B-24s of the Eighth Air Force, quick fixes saw it capable within six months of escorting the bombers within sight of Berlin. That achievement also provided the wherewithal to achieve its true fame as the most devastating fighter-bomber used in Europe by the Army Air Forces in the 11 months between D-Day and VE-Day.