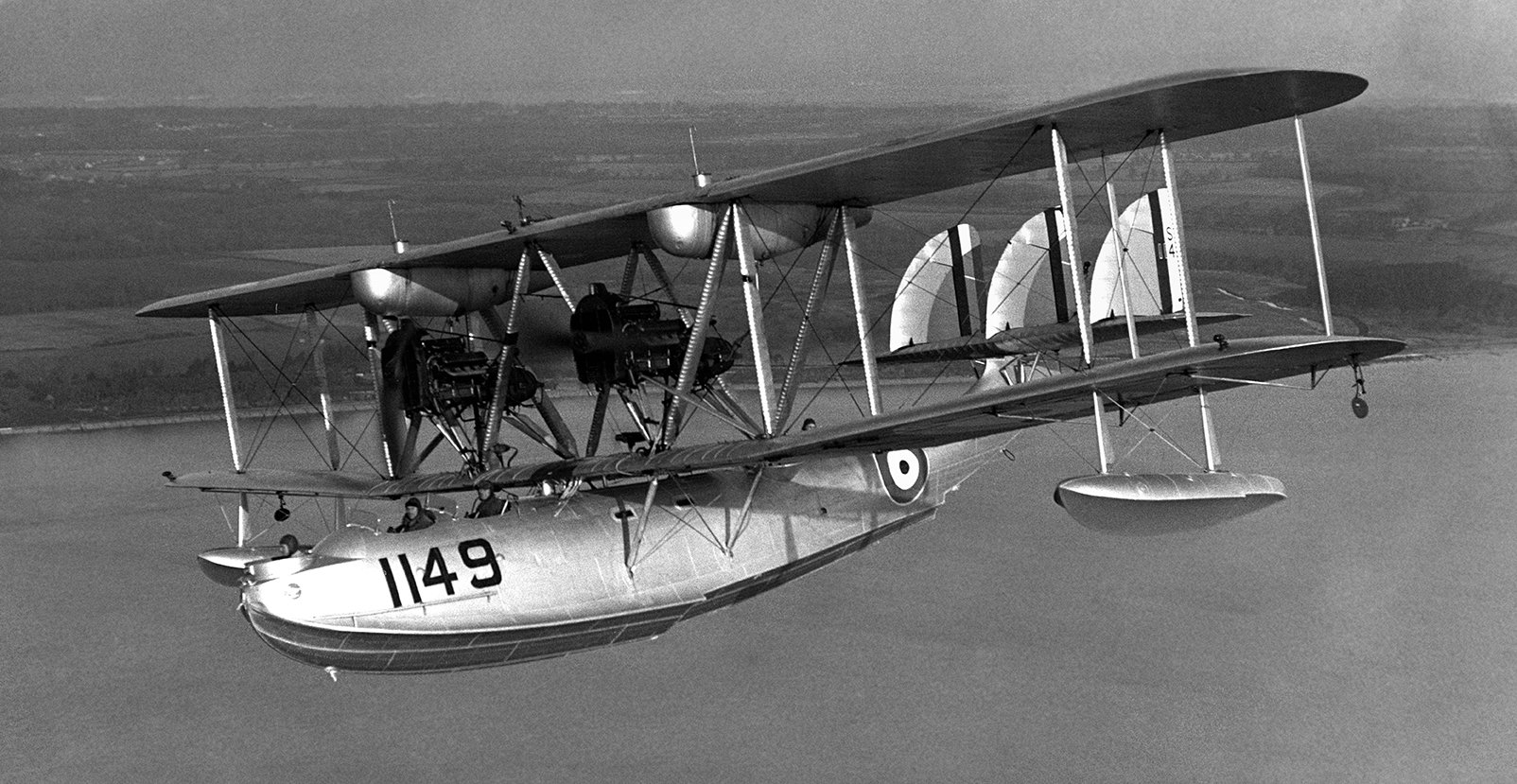 Metal-hulled Southampton II S1149 airborne from Mount Batten, the RAF flying boat base on Plymouth Sound, in August 1935. This aircraft was a veteran of the type’s most famous feat, the 192728 Far East Flight.
AEROPLANE

The Supermarine Southampton established the British Empire’s expectation of a long-range, independent flying boat capability. It was the first major success in what became a series of large, multi-engine flying boat designs from Supermarine, all designed by Reginald J. Mitchell and each an iterative development, building on the success of the previous example.