For a two-week period in January the Swiss Air Force protected the airspace over the World Economic Forum in Davos, as Neil Dunridge explains. 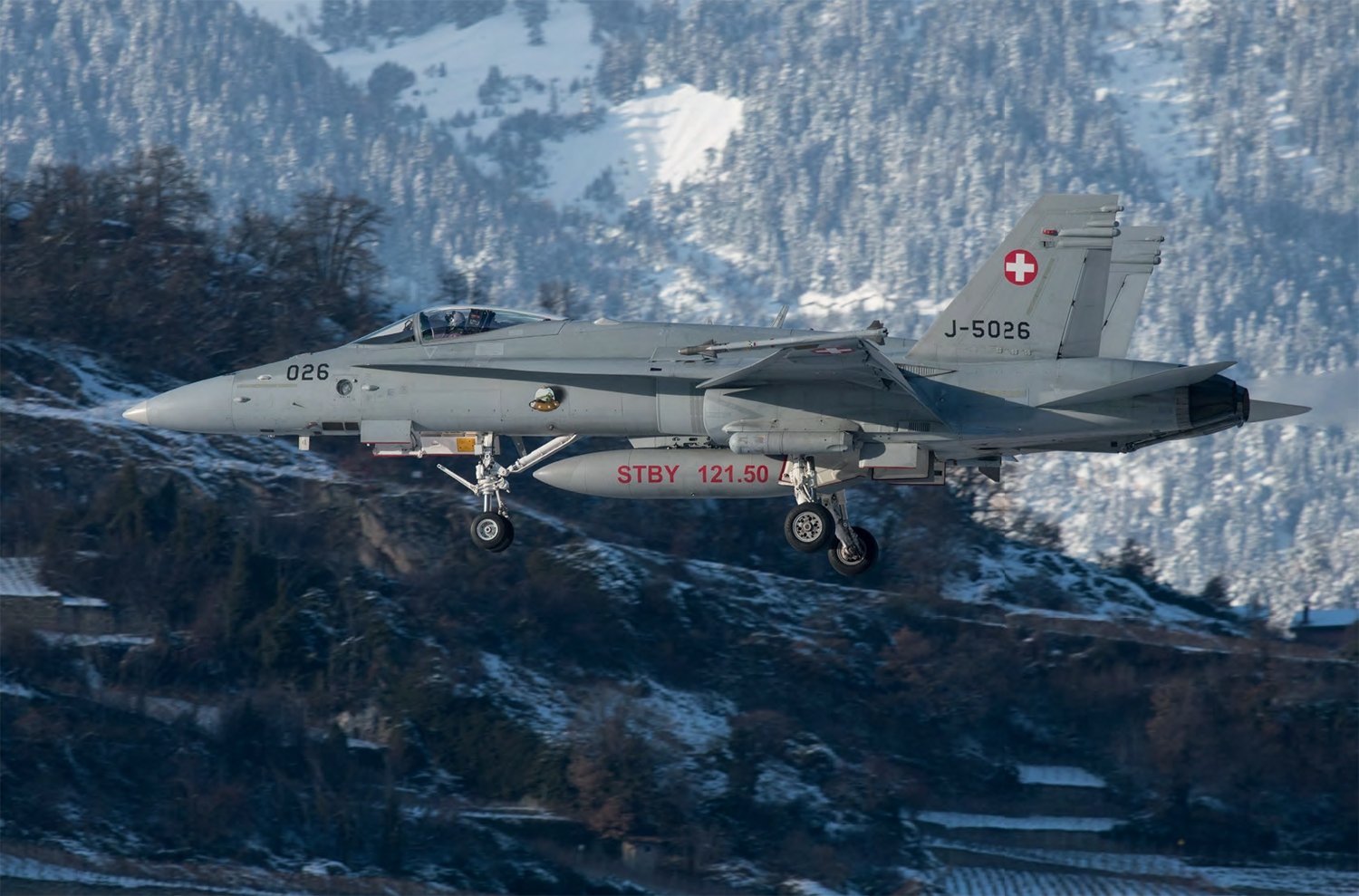 F/A-18C J-5026 lands at Sion after an armed CAP sortie over Davos. The fighter, which was the last example to roll off the local assembly line in Emmen, features a UFO ‘zap’ on the fuselage side. All photos Neil Dunridge

BETWEEN JANUARY 16 and 27 the Schweizer Luftwaffe (Swiss Air Force) carried out its regular Wiederholungskurs (repetition training) at Sion Air Base. The first week (January 16-21) of this activity included armed combat air patrols (CAPs) flown over Davos, Switzerland while the World Economic Forum (WEF) was taking place.