Eagle Dynamics is currently preparing the AH-64D for pre-order access for later this summer.

The module is based on the AH-64D Block II for Early Access release, using detailed design specification such as art, systems, flight dynamics, AI, and more. 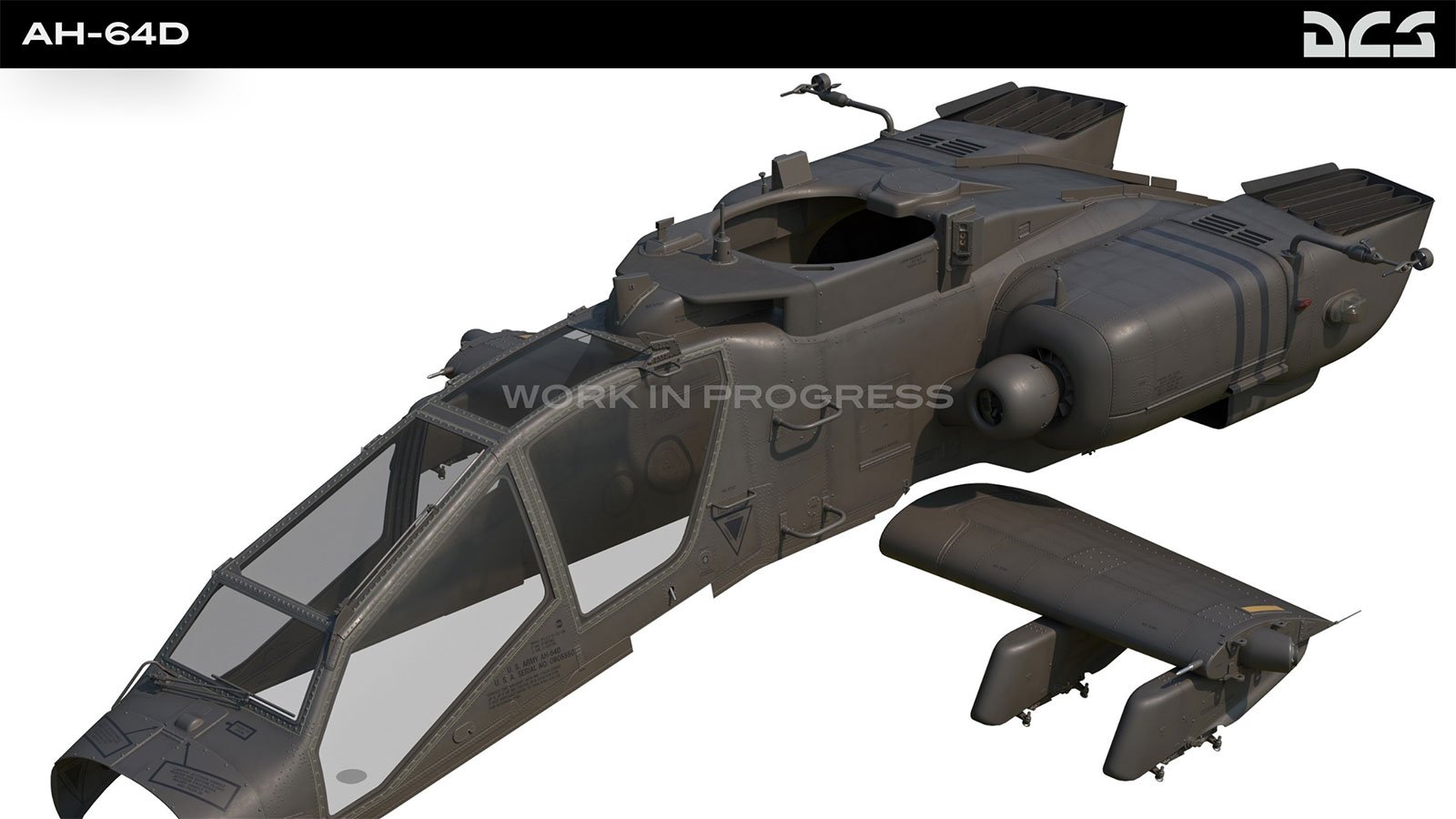 The external model and cockpit are complex and time-consuming. An enormous amount of research and work has gone into making these as detailed and accurate as possible. Special attention has been given to the pilot crew models and animations. 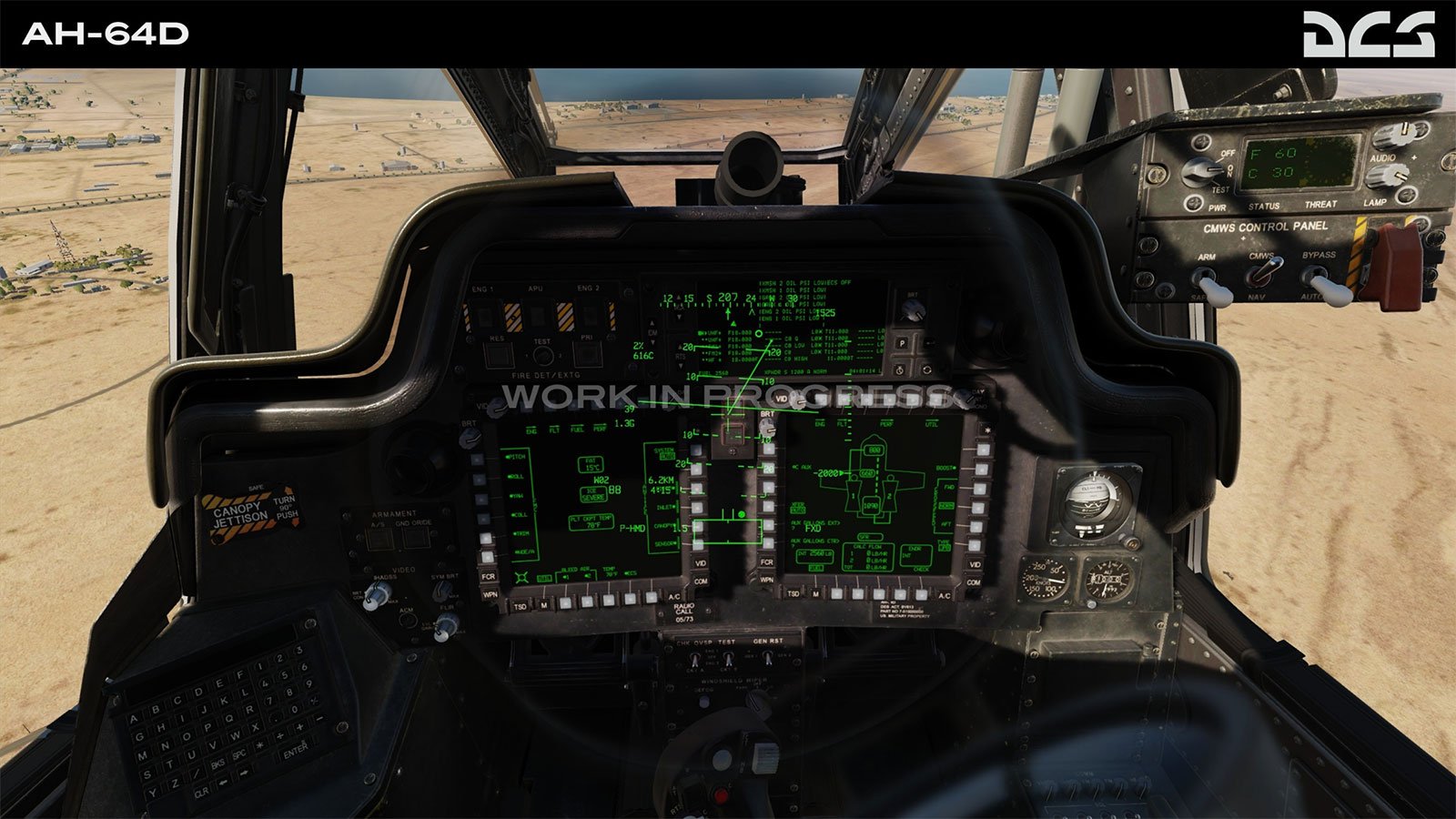 Much of the avionics work focuses on the navigation system and TSD pages. This is in parallel with the IHADSS / PNVS / TADS, the Area Weapons System / Rocket Management Subsystem, Longbow Hellfire Modular Missile System with the AGM-114K. 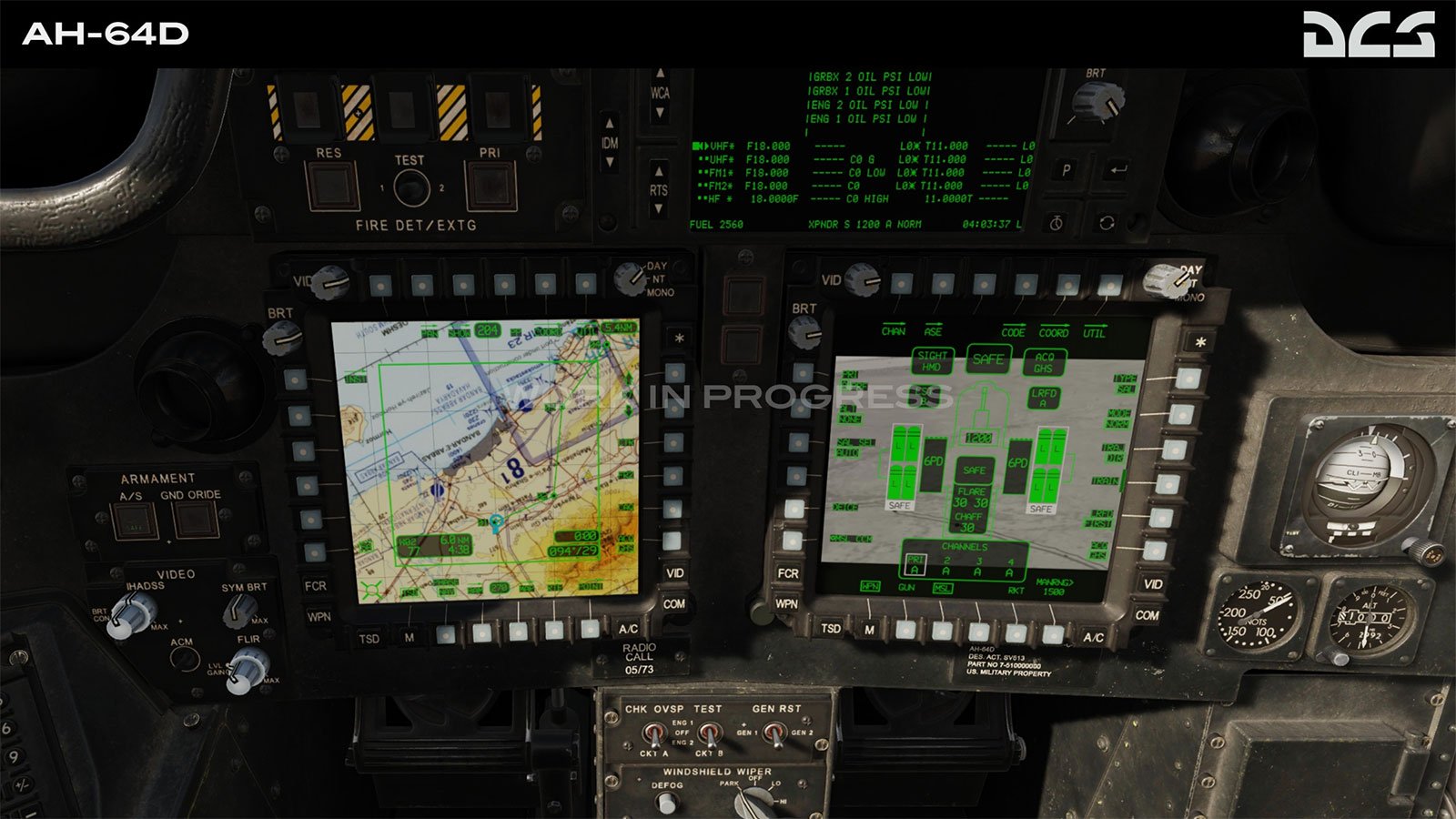 The Aircraft Survivability Equipment (ASE) is also in development. This incorporated the Radar Signal Detecting Set and the Common Missile Warning System (CMWS). These will be available at launch and greatly increase mission survivability. 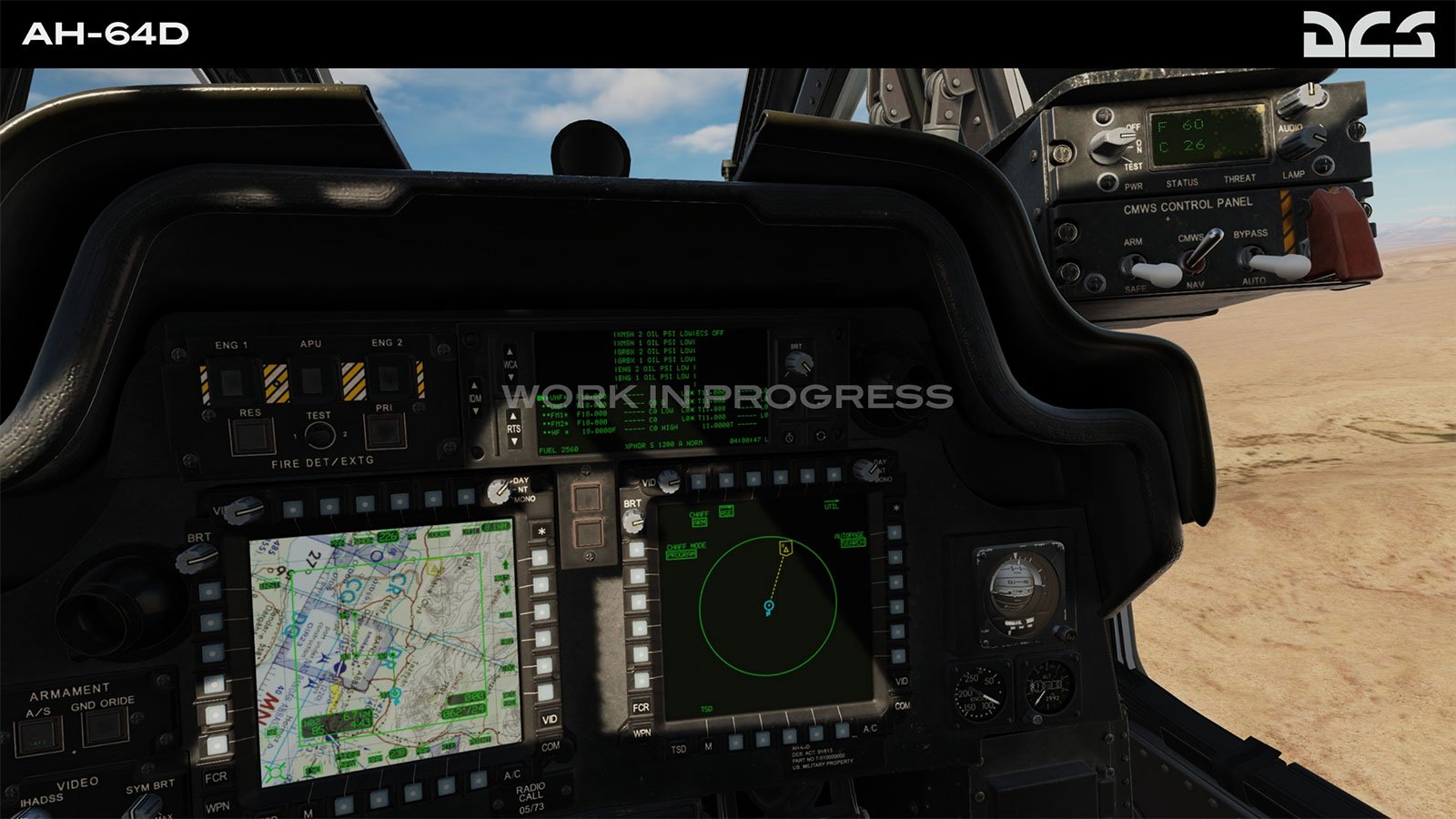 According to the developer, the flight model is progressing nicely, and they are now developing the flight augmentation systems that include SCAS and HOLD modes. Modelling of the T700 GE 701D EDECU engine and related systems is underway.