Eagle Dynamics SA and Belsimtek have announced that the DCS: F/A-18C Hornet is now available for pre-purchase. 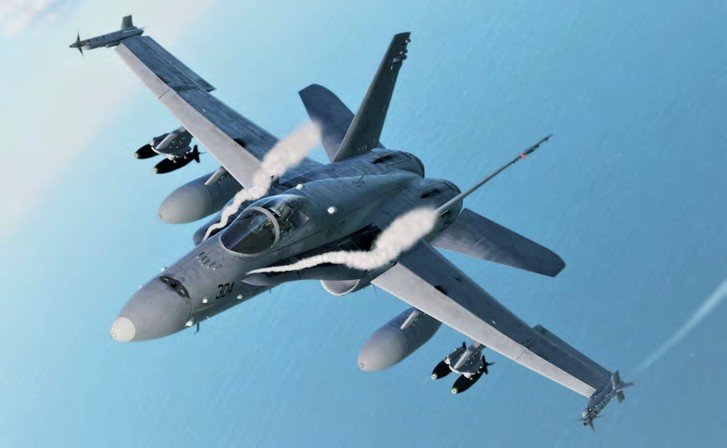 The companies have said: “DCS: F/A-18C Hornet will be the most authentic and detailed simulation we have ever developed and it will use our unique CFD engine and aerodynamics developed by Belsimtek to create the most realistic flight dynamics possible. Based on exhaustive research in association with Boeing, our Hornet takes advantage of our newly developed simulation engine and it will set a new benchmark for PC flight simulation.”

The Hornet is a true multi-role fighter that can switch from attacking surface targets to engaging air targets with the press of a button. Equally at home on an aircraft carrier or airfield, the Hornet is equipped with a large suite of sensors that include radar, targeting pod and a helmet-mounted sight. In addition to its internal 20mm cannon, the Hornet can be armed with a large assortment of unguided bombs and rockets, laser- and GPS-guided bombs, airto- surface missiles of all sorts, and both radar- and infrared-guided air-to-air missiles.

DCS World provides a rich and authentic digital battlefield for the Hornet to fly in.

It will also include additional display pages including the Situational Awareness, Flight Performance Advisory System and Automatic Carrier Landing pages.