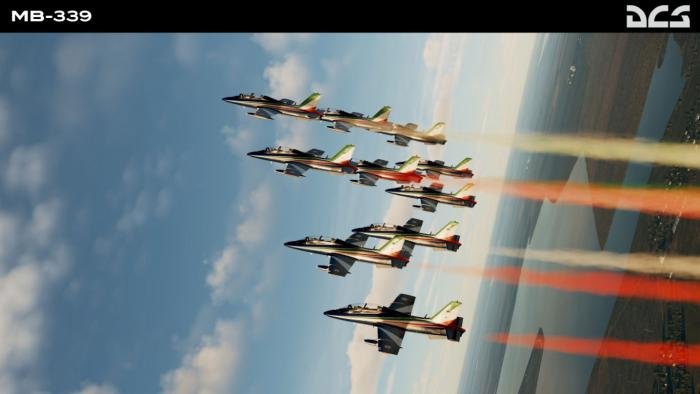 The single-engine, twin-seat, Italian jet trainer and light attack aircraft entered service in the early 1980s and quickly became the primary trainer of the Italian Air Force. It also took part in conflicts worldwide, with the Argentine Navy, where it took part in the Falklands-Malvinas war and the Eritrean Air Force against rebels, smugglers and the Ethiopian Air Force. 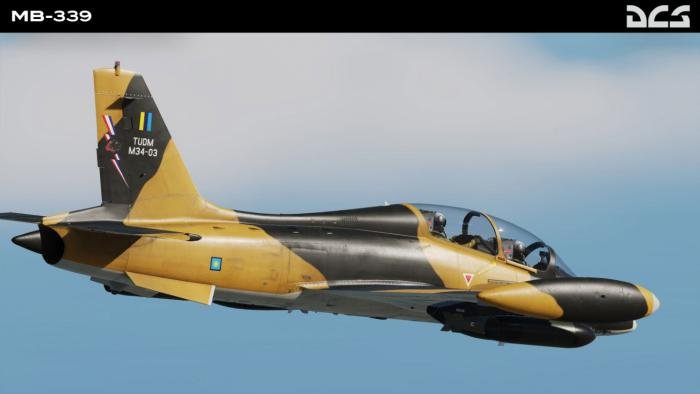 Historic operators of the A version of the MB-339 were the Air Forces of Italy, Malaysia, Nigeria, Peru, United Arab Emirates, Argentina and Ghana. Thanks to its excellent handling qualities, the MB-339’s PAN aerobatic version is used by two national teams: the Frecce Tricolori (Italian Air Force) and Al Fursan (The Knights – UAE Air Force). The MB-339 is the only jet aircraft capable of performing the famous Lomcovák manoeuvre.

The DCS: MB-339 is almost feature-complete. Interesting features available at release include a highly advanced flight model based on performance and engineering data from the actual aircraft and tested by former MB-339 Frecce Tricolori pilots. 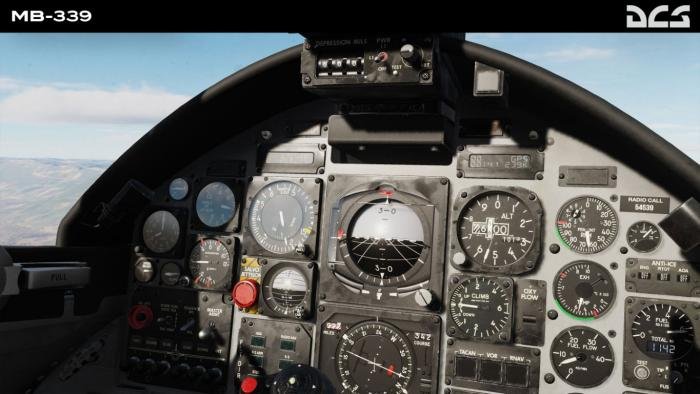 It comes with extensive and detailed simulation of all flight systems, including:

Other highlights include an accurate 3D model based on blueprints and surveys of the real MB-339, complete animations, lighting and a detailed damage model. The 6-DOF (Degrees of Freedom) cockpit sports authentic instruments, controls and textures. It is also virtual reality compatible. 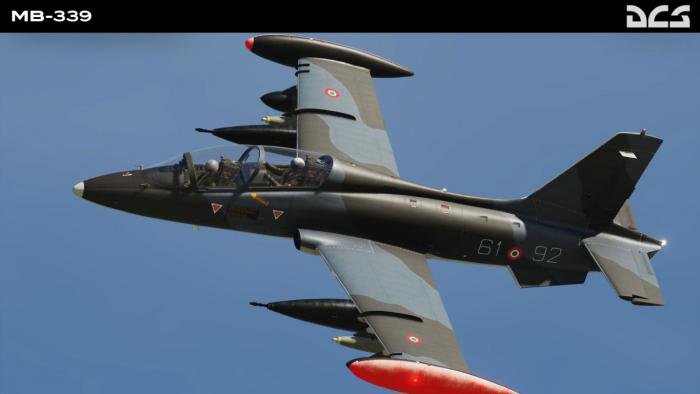 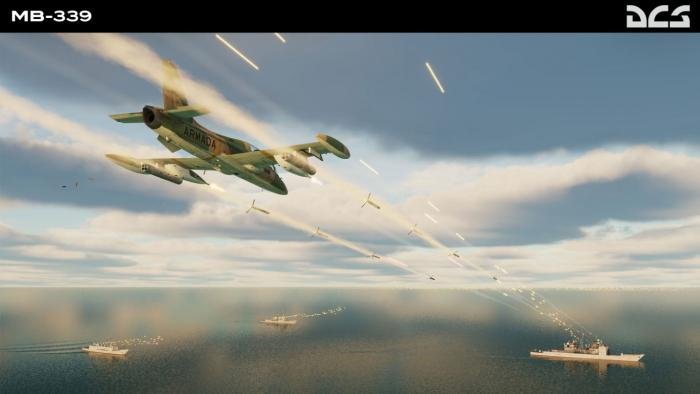 The purchase includes an array of liveries, training and practice missions. Also available at launch is a mini-campaign and an exhaustive PDF user manual. The MB-339 is available on Eagle Dynamics’ website for $55.99.