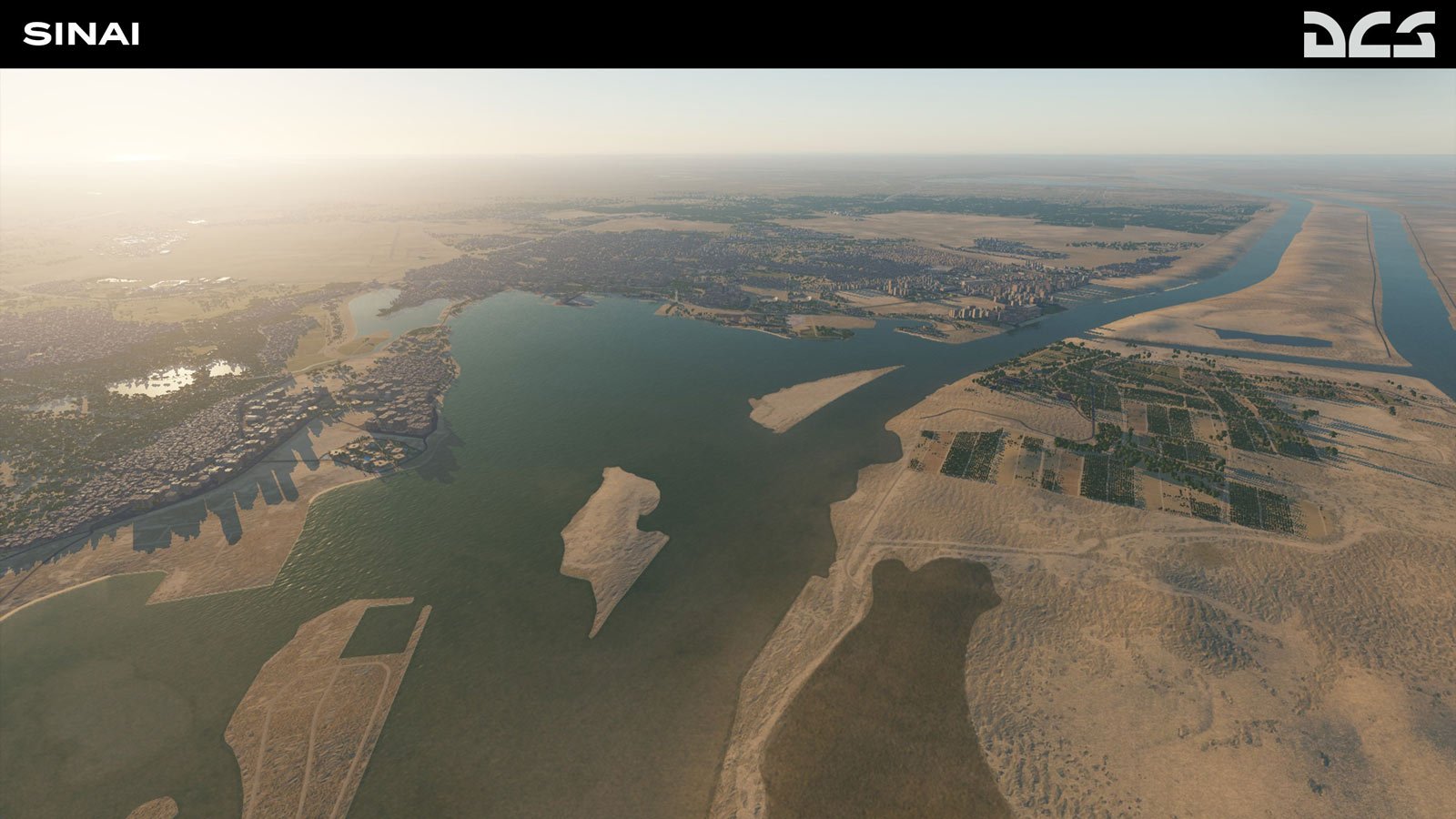 The map includes the entire Sinai Peninsula, eastern Egypt and the Nile Delta, southern Israel including Gaza, western Jordan, and western Saudi Arabia. This area features a wide variety of landscapes such as mountains, rivers, deserts, agricultural areas, sea and bays that provide a variety of mission and campaign settings. 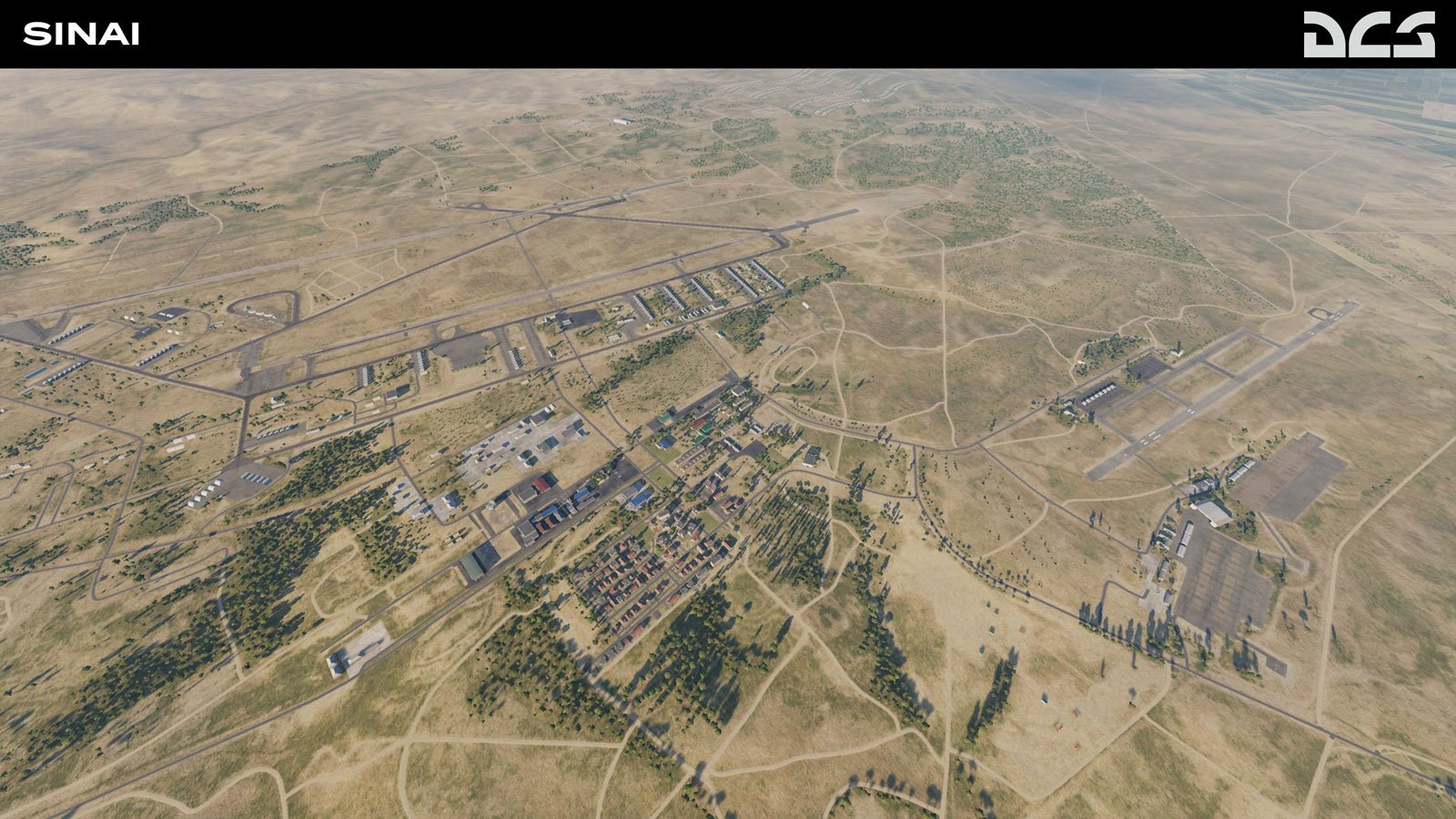 The size of the DCS: Sinai is 1500 x 1000km, of which 700 x 700km will be in high detail. The map is designed to represent the 2000s up to the present day. Approximately 40 military and civilian airfields will be recreated: Wadi al Jandali, Abu Suwayr, Faid Air Base, Nevatim Air Base, Ramon Airbase, and many more.

The map also contains many military bases and strategic seaports, allowing interesting strike missions. A large number of military facilities and bases will allow various historical scenarios based on the Arab-Israeli wars, as well as fictional missions and campaigns. 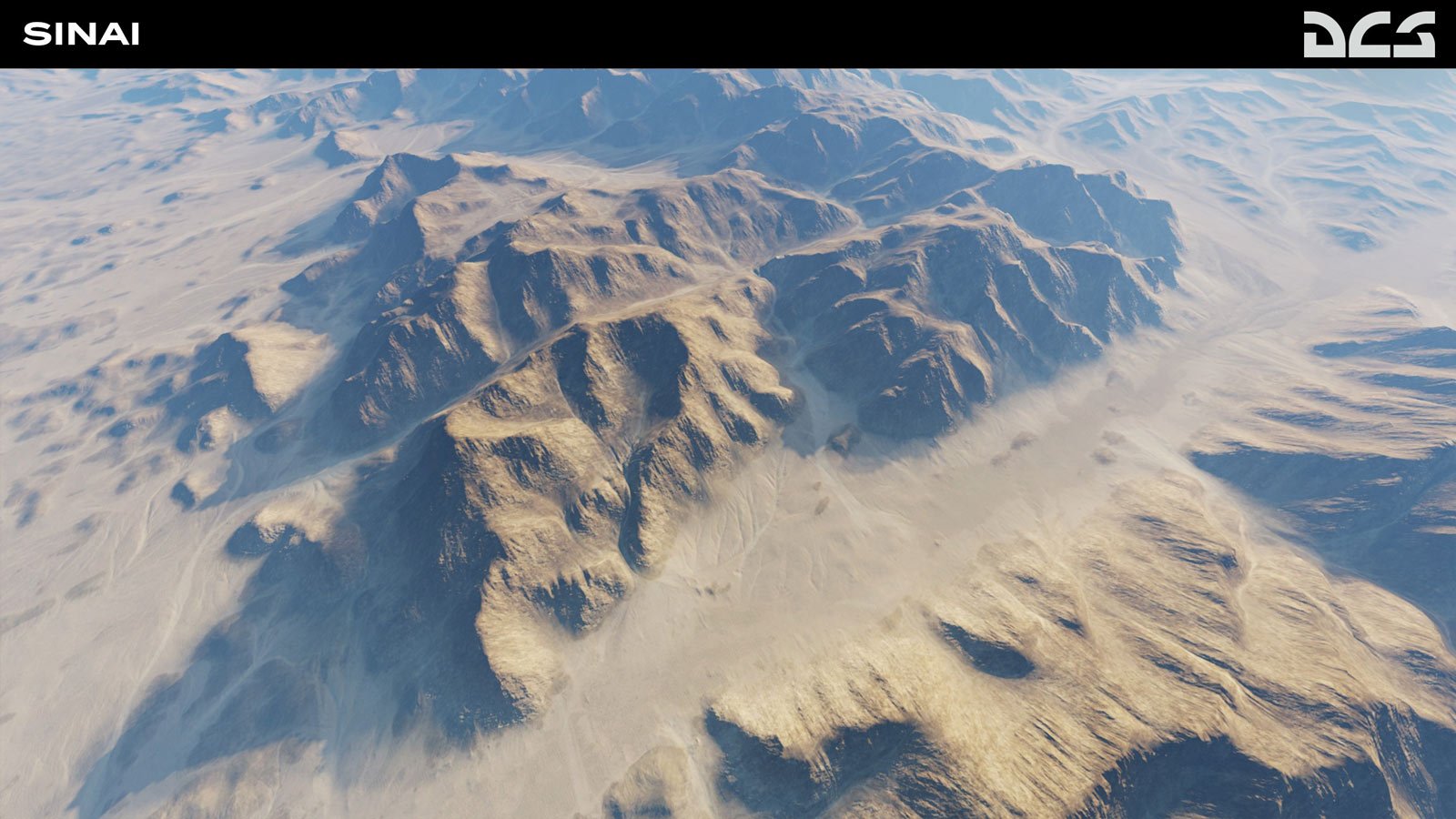 Major cities include Cairo (and Cairo International Airport), Ismailia, Alexandria, Suez, Port Said, and others. About 100 unique objects and architectural monuments will be included. All objects and assets are divided into territories to present greater unique, regional characteristics. The coastline of the Suez Canal, the Gulf of Suez, and the Gulf of Aqaba will be created in detail. 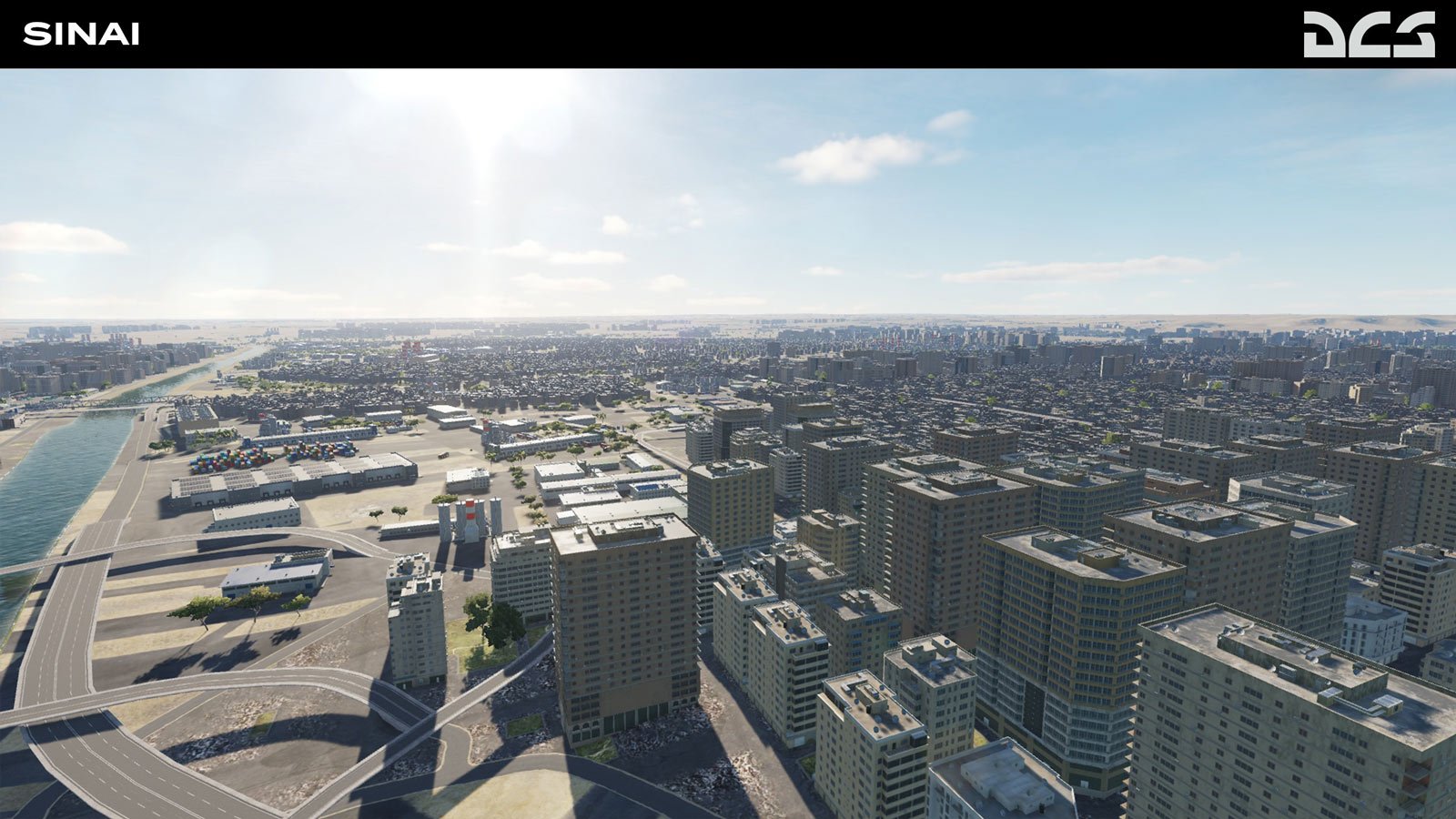 The project will consist of three phases, and each phase will include airfields, unique objects, and unique scenes. The first phase will include the entire territory with major cities and 14 air bases in Israel and Egypt. The second phase will add 11 more airfields. The third phase will add 12-14 additional Egyptian military airfields. The OnReTech team is making every effort to ensure that customers will receive the first two phases in early access, which will help to fully reflect the theatre of operations of the Arab-Israeli conflicts.