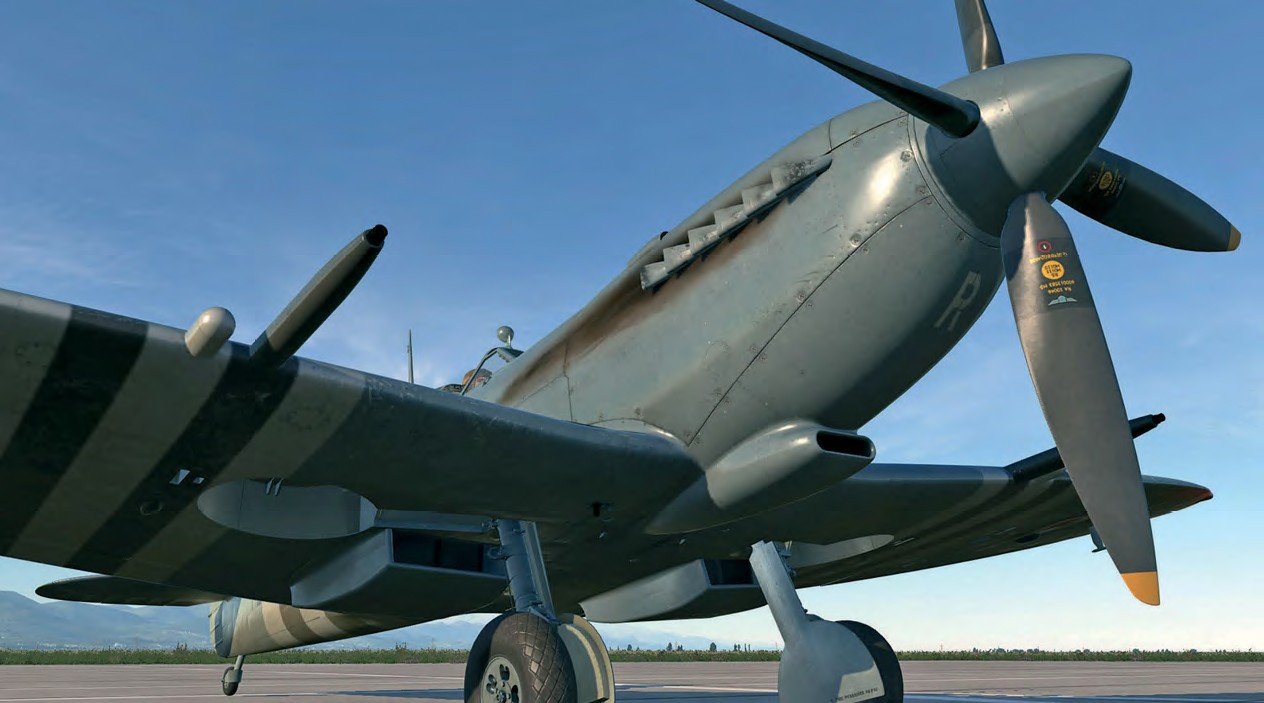 The Vickers Supermarine Spitfire is arguably the most iconic fighter aircraft of World War Two. Famous for its role in the Battle of Britain, the Spitfire served as Britain’s primary fighter during the entirety of the war. The Spitfire combines graceful lines, eye-watering dogfight performance and heavy firepower in its later variants. For DCS World, Eagle Dynamics says it is “happy to bring DCS fans the most accurate and realistic simulation of the Spitfire LF Mk IX ever created.” The aircraft has been tested extensively by current Spitfire pilot Nick Grey and is unmatched in fidelity and detail.

The Spitfire Mk IX was originally developed as a stopgap measure in response to the appearance of the Focke-Wulf FW 190A. It is powered by the Merlin 66 engine, which produces its best performance at slightly lower altitudes than the older Merlin 61. Spitfires equipped with this engine were designated LF Mk IX. This was the most numerous version of the Mk IX, with 4,010 produced. The majority of Mk IXs of all types used the standard “C” wing, which would often carry two 20mm cannon and four .303in machine guns.

The Mk IX replaced the Mk V from June 1942 and remained in service until the end of the war, even after the appearance of the Griffon-powered Mk XIV. It is considered by many combat pilots as the greatest aircraft of the war and a personal favourite of Johnnie Johnson, Britain’s leading ace of World War Two with 34 confirmed kills and 700 operational sorties, the vast majority on Spitfire IXs.

• Interact with cockpit controls with your mouse