Following the early access release of the DCS: F-16 Viper, Eagle Dynamics (ED) is now focusing on the most pressing bugs and new features for the Hornet and Viper.

While not a complete list, here are the priority items for the Hornet and Viper in the ED roadmap: 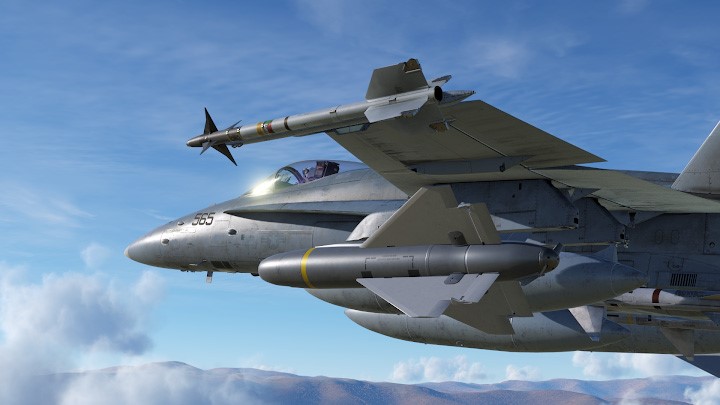 AI vs the New Damage Model
The new damage model is being implemented, tested and tuned for all WWII modules. With the new damage model, the AI can be very accurate, and many times testing vs the AI, they would land all shots centre mass, many times scoring a pilot kill before anything else.

To deal with this, a couple of new functions were added to the AI. First, adding an error aiming offset, which will prevent the AI from shooting at the centre of the model, and will be adjusted based on the skill set in the Mission Editor. This makes it more realistic when you manage to get some distance on the AI, but letting them in close will still be as deadly as expected.

Secondly, there is also a function for tracers aiming correction, this means that when the AI is using tracer rounds, the AI will correct its aim only as the AI fires on a target. The time required for the AI to adjust its aim is based on skill level as well, so excellent level AI will adjust their aim much faster than lower-skilled AI.

Now this is only the first phase of these changes, the next adjustments will focus on targeting of key components and areas of different aircraft, as we were told by Luftwaffe fighter pilot Erich Brunotte, they were instructed to fire on the inner left engine on B-17s as there were some critical systems that were not doubled located there. This will allow the AI to be more precise as far as targeting aircraft components going forward.

Lastly, ED has tuned how aggressive the AI is when firing on a disabled or already destroyed enemy plane, currently with new damage model testing, the AI would unload on you, and not let up until every part of you was a flaming hunk of wreckage, now, the AI should recognize when you are damaged enough, or dead and stop firing, hopefully this will allow the AI to maintain more ammo, and be more useful in large scale fights.

These new AI features should be available in this week’s Open Beta update, we ask you to share your experiences with the AI tweaks and give us feedback on your personal experience with it.