For de Havilland to set up its own aero engine company was an indication of how rapidly it had progressed in this field. From making engines for its own light aeroplanes, DH was soon producing a pioneering jet — and the same man, Frank Halford, was behind them all 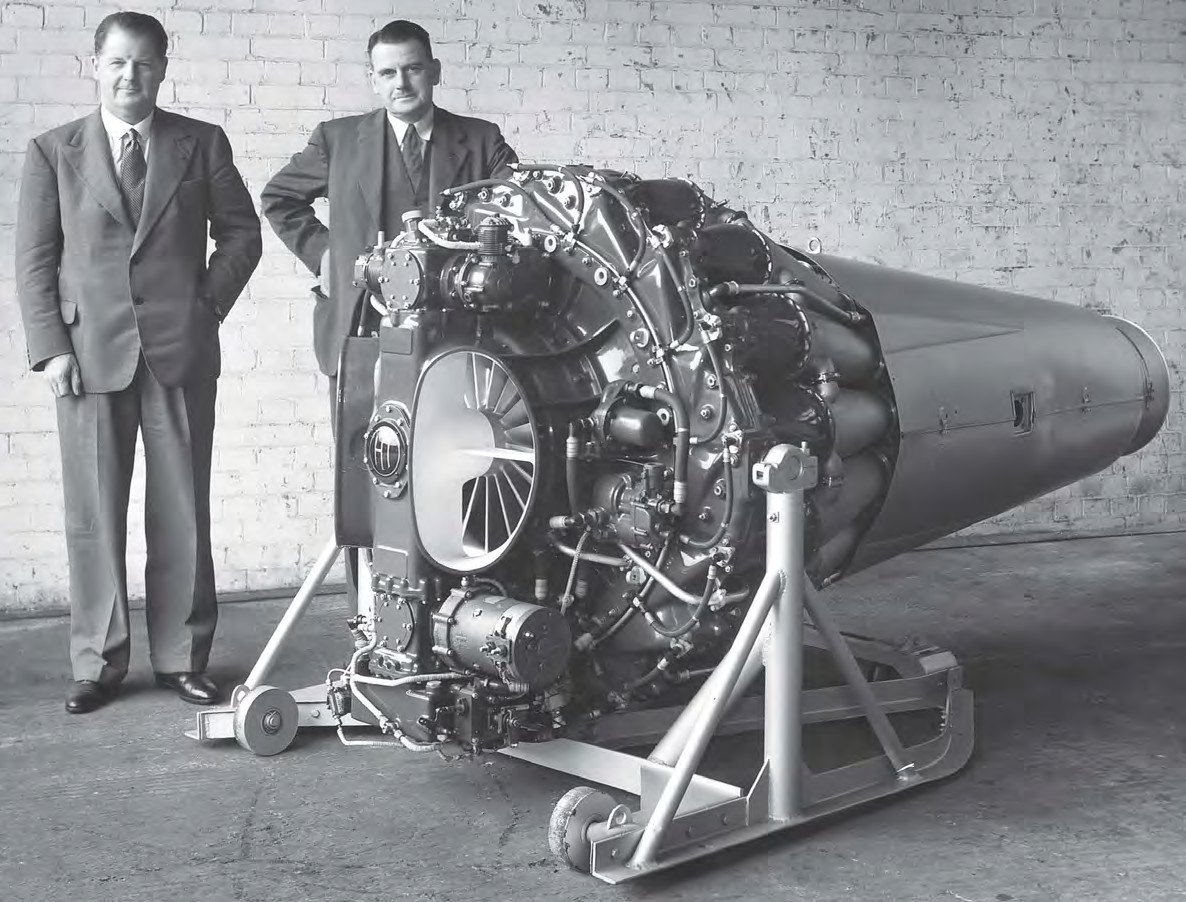 Frank Halford (left), chairman of the de Havilland Engine Company, and J. L. P. Brodie, the firm’s director in charge of engineering, with an example of the Halford H1 — precursor to the DH Goblin.
AIRTEAMIMAGES.COM COLLECTION

At the beginning of the Second World War, de Havilland was not a name associated with high-performance aero engines. The de Havilland Engine Division’s Gipsy series was ubiquitous in British light and general aviation aircraft, but even its most powerful offering, the 12-cylinder Gipsy King, produced no more than 525hp. But by 1945 the division had been turned into the separate de Havilland Engine Company, and was at the cutting edge of jet engine research. Its Goblin engine was the first turbojet to be awarded a British type certificate, and it had powered the maiden flights of both Britain and the USA’s front-line jet fighters. How, then, had DH managed to thrust itself into the front rank of engine producers?