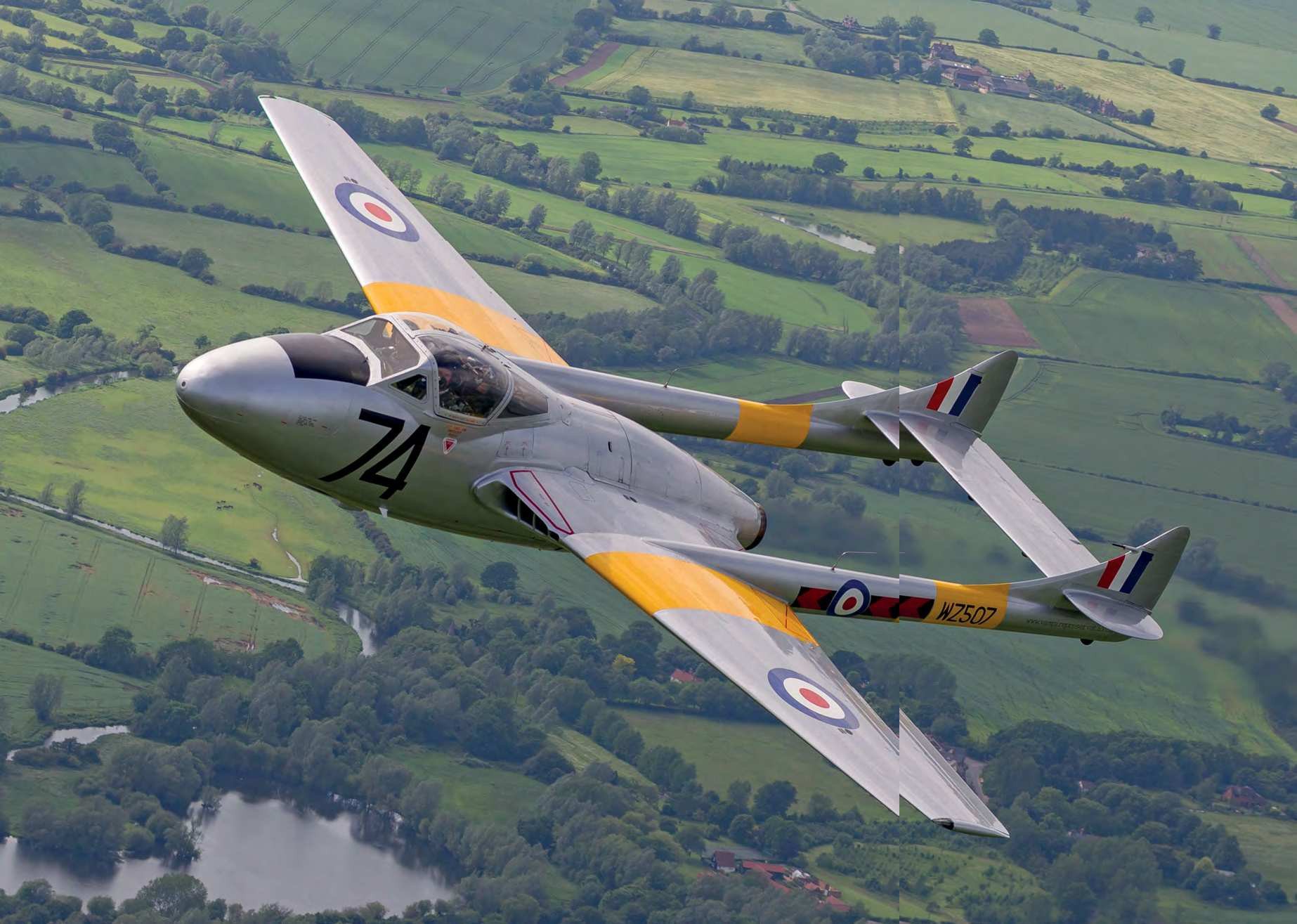 LEFT: A rare sight in UK skies, Mark Hooton's T.II is the only original RAF Vampire still in the air today ALL IMAGES DARREN HARBAR 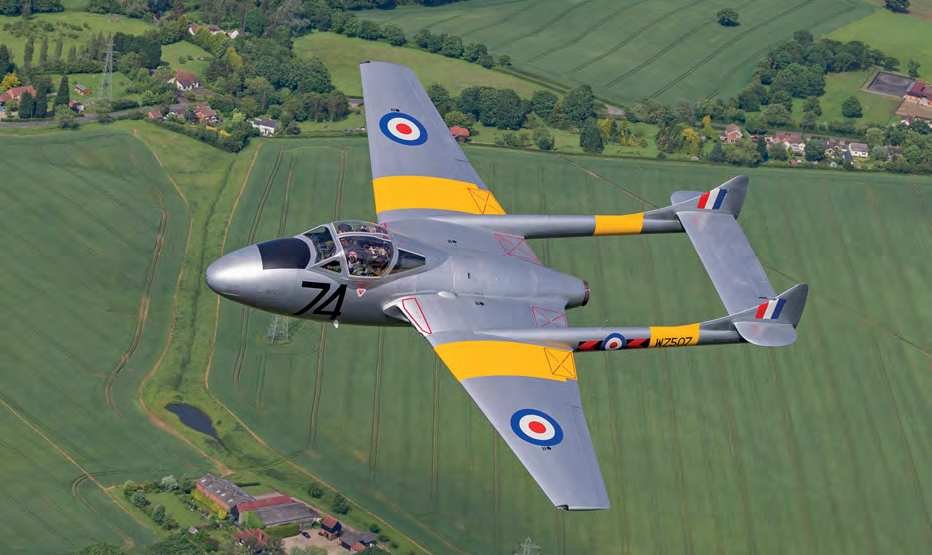 Side-by-side seating provided good all-round visibility for both pilots. This, and the Vampire's inherent stability and docility made it a useful trainer aircraft 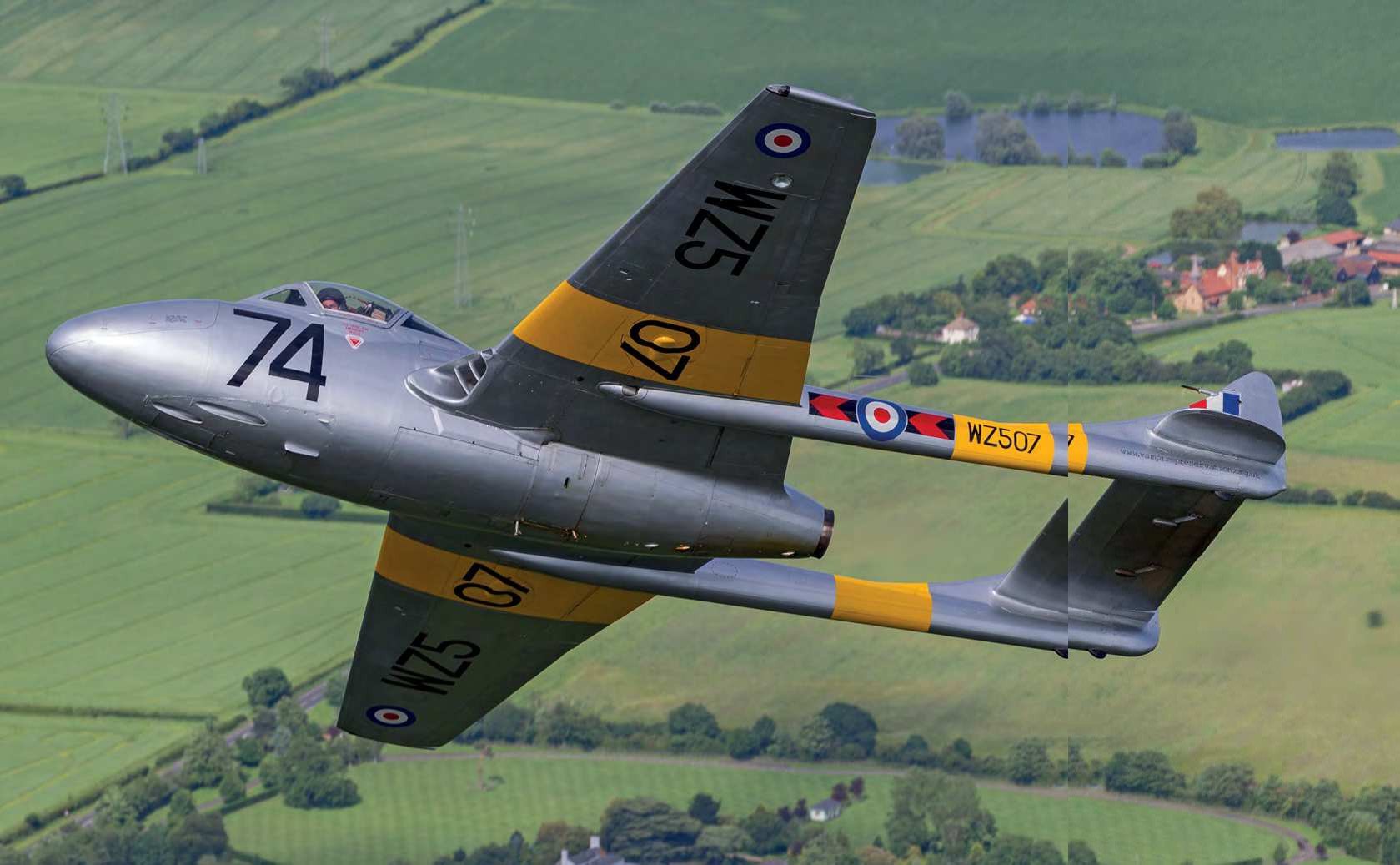 For armament, the Vampire had four 20mm Hispano Mk V cannons mounted in the nose 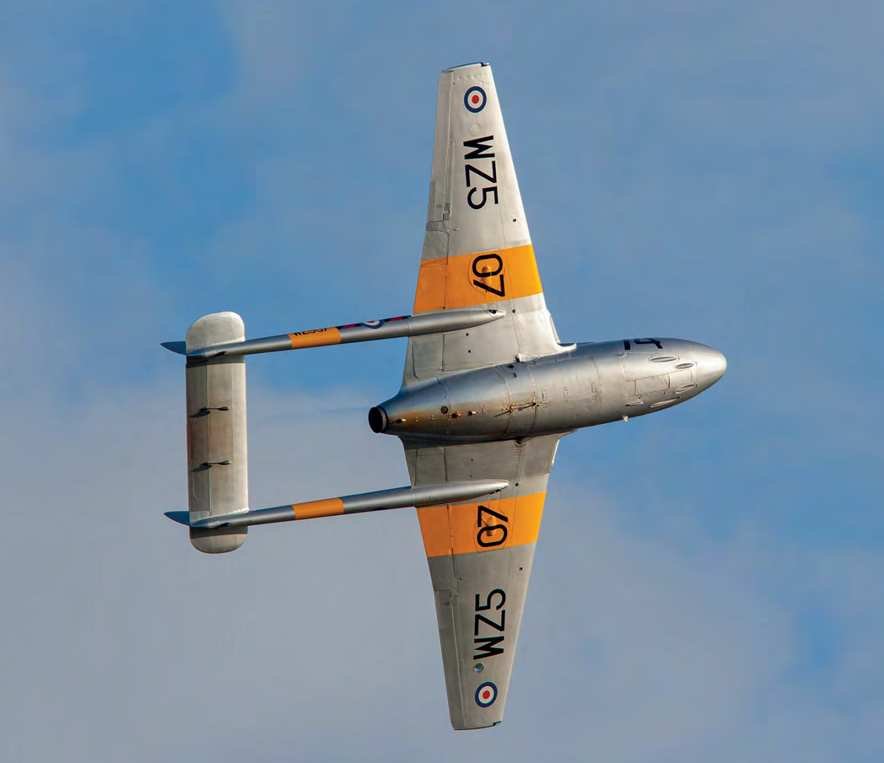 A small and simple aircraft, the Vampire's unusual design is the result of using just one, central gas turbine with a relatively short jet pipe

“The silver post-war paint scheme is a bit of a ruse, as while the wings, tail booms and nose are riveted aluminium, the Vampire is surprisingly old-school tech in a lot of ways”