Dick Wels visited the 435th Flying Training Squadron at Randolph Air Force Base, Texas to find out about the efforts being taken by the US Air Force to improve its training and stem its pilot shortage 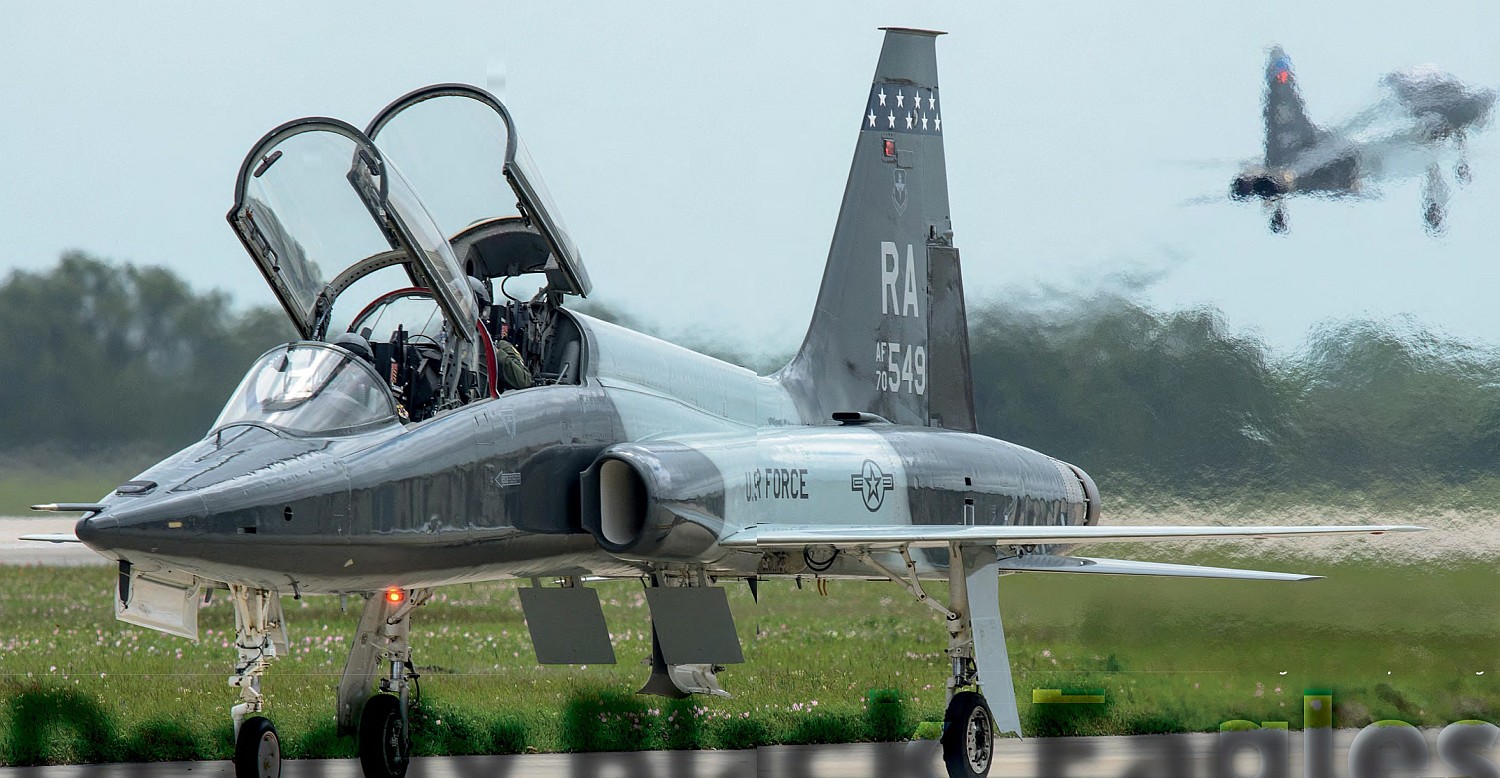 As a 435th FTS T-38C departs, a second Talon assigned to 560th FTS, another squadron assigned to the 12th Flying Training Wing at Randolph, returns from a mission. All photos Dick Wels

In 2017 there were nearly 1,000 unfilled Air Force pilot jobs. Based at Randolph Air Force Base near San Antonio, Texas, the 435th Flying Training Squadron ‘Deadly Black Eagles’ is just one unit that’s working hard to reduce the number of vacant pilot slots. In 2017, the unit trained 16% more students than in 2016, all destined to become fighter pilots or combat systems officers.