A change in the weather

From the middle of the 1950s there was a clear political will to reduce the defence budget and the responsibility for doing so was entrusted to the 49-year-old Secretary of State for Defence, Duncan Sandys. The content of his April 1957 White Paper has the potential to raise blood pressures even today.

In a BBC television interview on April 5, 1957, Sandys was asked how long he thought manned aircraft would retain their usefulness and he replied: “I am afraid I can’t give you a definite answer in dates. I would say that there are some roles, for example in minor wars and antisubmarine work, where manned aircraft continue to be needed as far ahead as one can see.” 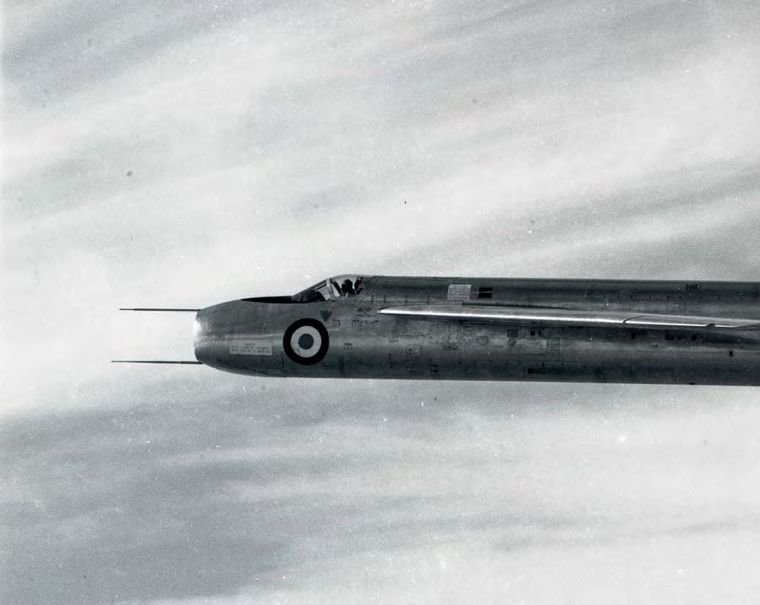 An air-to-air view of English Electric P.1A WG760. This forerunner of the Lightning first flew from Boscombe Down in 1954. KEY

But did Sandys, as some believe, set out to axe manned fast-jet aircraft? Was the White Paper all negative?