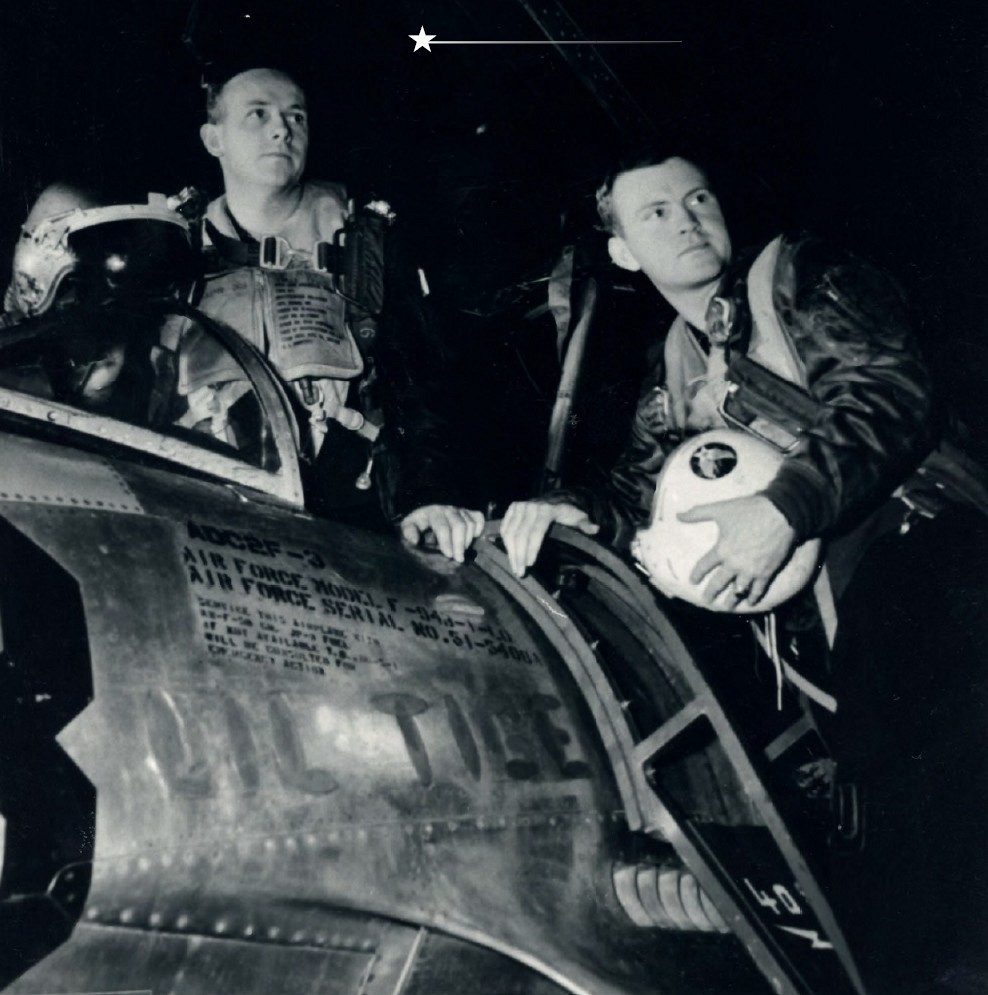 With dive brakes extended, this trio of 319th FIS F-94Bs are seen on approach to Suwon Air Base (K-13) in late 1952. THOMPSON COLLECTION

Lockheed’s F-94 Starfire was developed from its earlier twin-seat T-33 Shooting Star in the late 1940s and made its first flight in April 1949. The jet age was well under way by that time, with the single-seat F-80 and F9F Panther already in mass production. The Starfire, which had a two-seat format inherited from the T-33, was the first operational USAF fighter equipped with an afterburner, and the first all-weather jet to enter combat in the Korean War. In arming the Starfire, the manufacturer enlarged the nose area to accommodate the radar and four .50 cal guns.