Its manufacturers say that the new Defiant X will be the fastest, most manoeuvrable and most survivable assault helicopter in history. Unveiled for the first time on January 25, 2021, the platform builds upon a succession of previous experimental helicopters. Jon Lake looks at the new Defiant X aircraft and its fascinating ‘back story’ 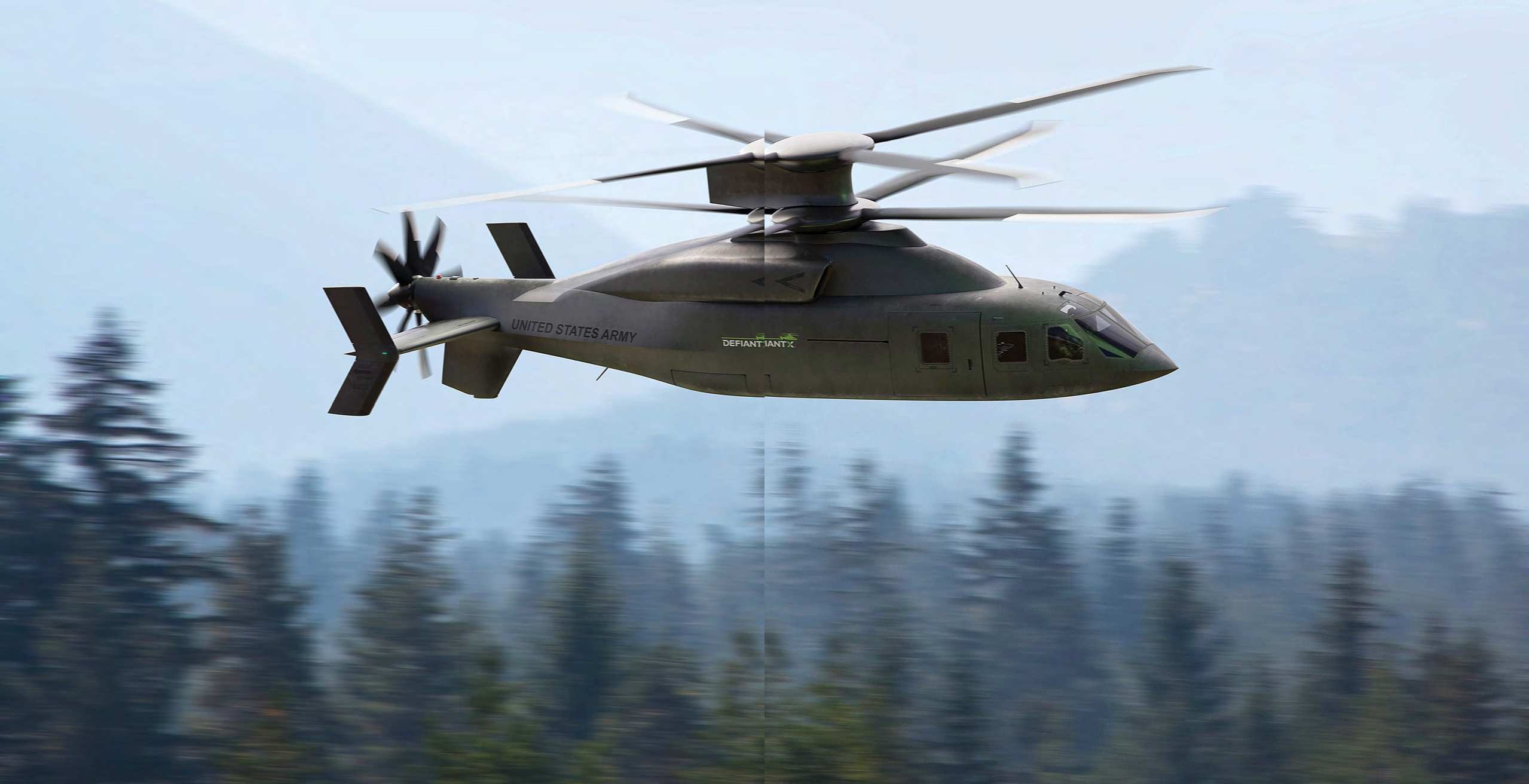 Helicopter development has largely stalled in recent years, at least when it comes to overall airframe design and configuration. Many manufacturers have relied on producing upgraded variants from existing families of aircraft, rather than designing all-new platforms.

This has resulted in little improvement in performance and only compound helicopter designs have so far flown faster than Westland’s lightly modified Lynx speed record holder – it clocked 216 knots (401kmh) over the UK on August 11, 1986.