Digital innovation to help decision-making is an ever-more important area, and as Mark Broadbent reports it was a major theme at the recent Paris Air Show

Big data is a key business catchphrase today; it broadly refers to the gathering, storage and usage of information. It is nothing new in aerospace; for decades, sensors on aircraft and engines have collected data.

However, as the IT industry analyst Doug Laney – who coined the term in the early 2000s – has observed, because hardware is connected to the internet, the volume, velocity and variety of information generated today is much greater.

Unsurprisingly, given the complexity of aircraft, their engines and systems, big data is a big issue for original equipment manufacturers in aerospace. They have developed advanced analytics and various applications for health management, diagnostics, prognostics and predictive maintenance.

As Ted Colbert, Chief Information Officer and Senior Vice President of Information and Analytics at Boeing, remarked: “The amount of data created today is unprecedented; but it’s not about the data on its own, it’s also what you do with it.”

Reflecting big data’s importance in aerospace, digital innovation is increasingly high on the agenda at the industry’s major trade events. The recent Paris Air Show was no exception.

On the opening day of the show, Airbus announced an open data platform called Skywise. Developed in conjunction with the technology company Palantir, Skywise integrates data from numerous sources across an airline. These sources include complete data from on-board sensors, post-flight and pilot reports and maintenance, repair and overhaul (MRO) information such as spares inventories, operational interruption history, parts replacements, aircraft condition monitoring reports, technical documentation and service bulletins. Skywise uses all this information, and more, in different apps.

During Paris, Airbus revealed several early adopters of various Skywise apps. Looking at how different operators are using different apps highlights the capabilities the system as a whole provides. 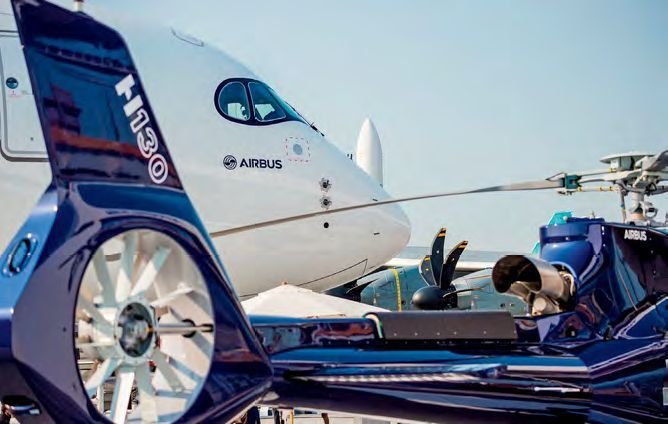 Airbus launched its Skywise open data platform at the Paris Air Show, and the company intends to make it available for all its products – airliners, helicopters and military aircraft.
P Pigeyre/Airbus

Delta Air Lines is set to use predictive modelling of components and systems to identify upcoming operational interruptions. Hong Kong Airlines uses an app called the Idle Factor Optimisation Tool, which automatically adjusts the flight plan in the flight management system to avoid fuel overconsumption on descent and approach. Airbus says this app will help airlines save up to 70kg (154lb) of fuel per descent on a single-aisle aircraft, and up to 210kg (463lb) on an A380.

At the end of this summer, JetBlue is set to deploy a Scheduled Maintenance Optimiser app to support heavy maintenance planning. Another low-cost operator, Peach, is using Skywise to track unscheduled removals on parts, run Weibull distributions (used in reliability engineering to determine the optimal parts replacement schedule) and to visualise flight paths to assist with efficient route planning.

Although all these apps involve airlines, Airbus said it intends to make Skywise and its capabilities available for the company’s helicopters and military aircraft.

A further Airbus digital development at Paris was the European company selecting the Rockwell Collins flight operations and maintenance exchanger (FOMAX) on the A320 family, which is designed to keep operators wirelessly but securely connected to their aircraft. A compact connectivity unit collects aircraft maintenance and performance data and automatically sends it to ground-based operations. The unit also sends data automatically to mobile applications used by flight crews, such as weather, flight planning, logbooks and maintenance prediction and performance calculators.

GE Aviation is a big player in digital innovation in aerospace; the company says it collects data for over 45% of the world’s commercial aircraft. It has a range of products offering reporting, data analytics, parts tracking, condition monitoring, diagnostics and prognostics.

During Paris, GE Aviation announced a partnership with AT&T to connect the on-board and off-board portions of the GE Aviation Aircraft Health and Trend Monitoring System (AHTMS) on Gulfstream G500, G600, G650 and G650ER business jets.

The partnership means that when one of these Gulfstream variants lands, the AHTMS wirelessly connects to the AT&T control centre and sends data to the operator about usage, fuel consumption, pressures, temperatures and operations.

The idea is to speed up the early detection of any faults and give more notice of scheduled maintenance; it also enables time-stamped data about the aircraft to be sent to Gulfstream to support specialists undertaking data queries or fleet-wide comparison and trending.

Boeing unveiled a new name for its analytics products during Paris. The company says AnalytX: “unites existing analytics services and products across Boeing’s commercial, defence and services businesses, its research and information technology capabilities and its family of companies.” 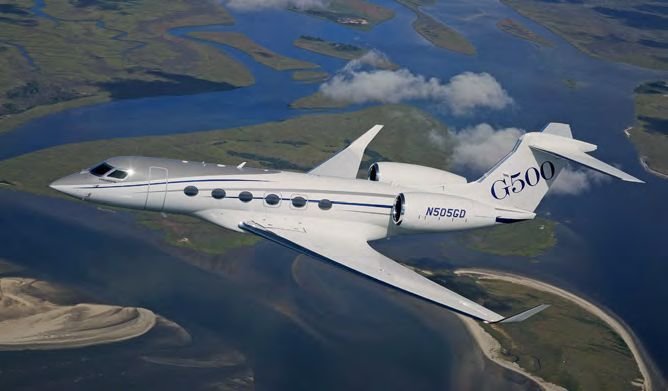 The Gulfstream G500 and its G600, G650 and G650ER are to benefit from an agreement announced at Paris between GE Aviation and AT&T that connects the on-board and off-board portions of the GE Aviation Aircraft Health and Trend Monitoring System on these aircraft.
Gulfstream Aerospace

One key AnalytX app is Airplane Health Management (AHM), which uses predictive alerts to let operators schedule maintenance and minimise disruptions. Boeing has announced Delta Air Lines is to install AHM on its Boeing 717s and Korean Air Lines on its 787s and 777s. China Airlines has also renewed a contract for AHM for its 737NGs and 747 freighters.

Fuel Dashboard is another AnalytX app, which enables operators to view and analyse fuel usage and adjust their operation to improve efficiency. AirBridgeCargo has signed an agreement to deploy this app across its fleet.

All these announcements reflect how important digital services are becoming in the aerospace industry.

With the services market estimated to be worth $2.6 billion over the next decade, it is little wonder Boeing and other aerospace players are embracing digital. 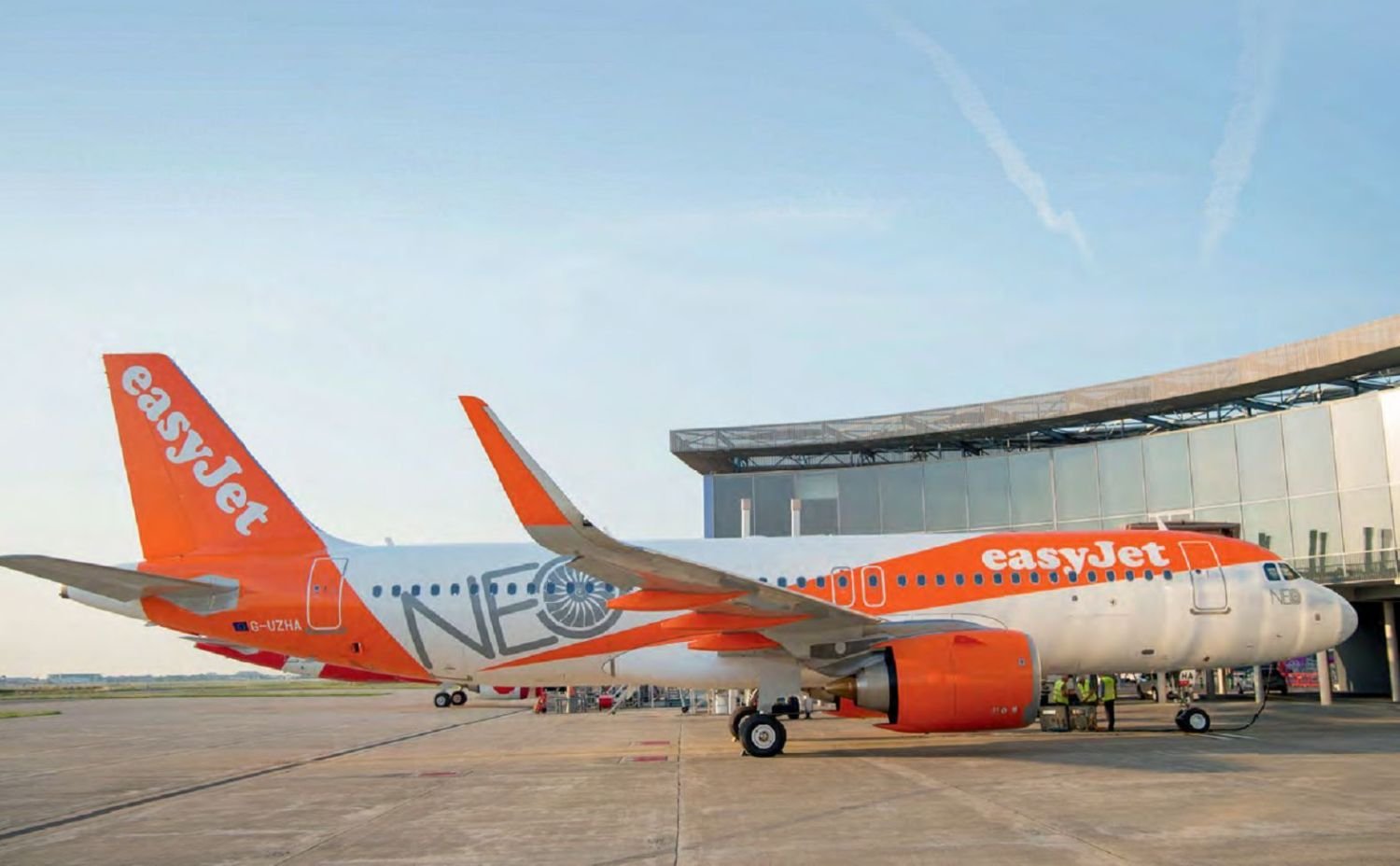 EasyJet, which recently took delivery of its first A320neo G-UZHA (msn 7649), is one of the early adopters of the Airbus Skywise system, using it for fleet-wide predictive maintenance.
H Goussé/Airbus