One of the most striking new technologies being studied is IMBALS (IMage BAsed Landing Solutions). This aims to demonstrate how data gathered by onboard sensors and extracted from images collected by onboard cameras can be merged to provide an image-based automatic landing system and enable an aircraft to operate independently from ground-based infrastructure.

The IMBALS project started in March 2018 and is currently in its initial phase. Project partners have already conducted early assessments and collected video footage to develop and test algorithms. Tekever delivered a version of its video player to stream footage, while Airbus and KU Leuven demonstrated imageprocessing algorithms, Clean Sky says.

Heikki Deschacht, Expert Innovation Programmes at Scioteq Belgium, the company that acts as the IMBALS consortium coordinator, said: “The consortium partners now have a good understanding of the key challenges in terms of verifiability and integrity of the data extracted from the images, and work has started on the principles that will address those challenges.” The Clean Sky team aims to develop a proof-of-concept IMBALS system by 2022. 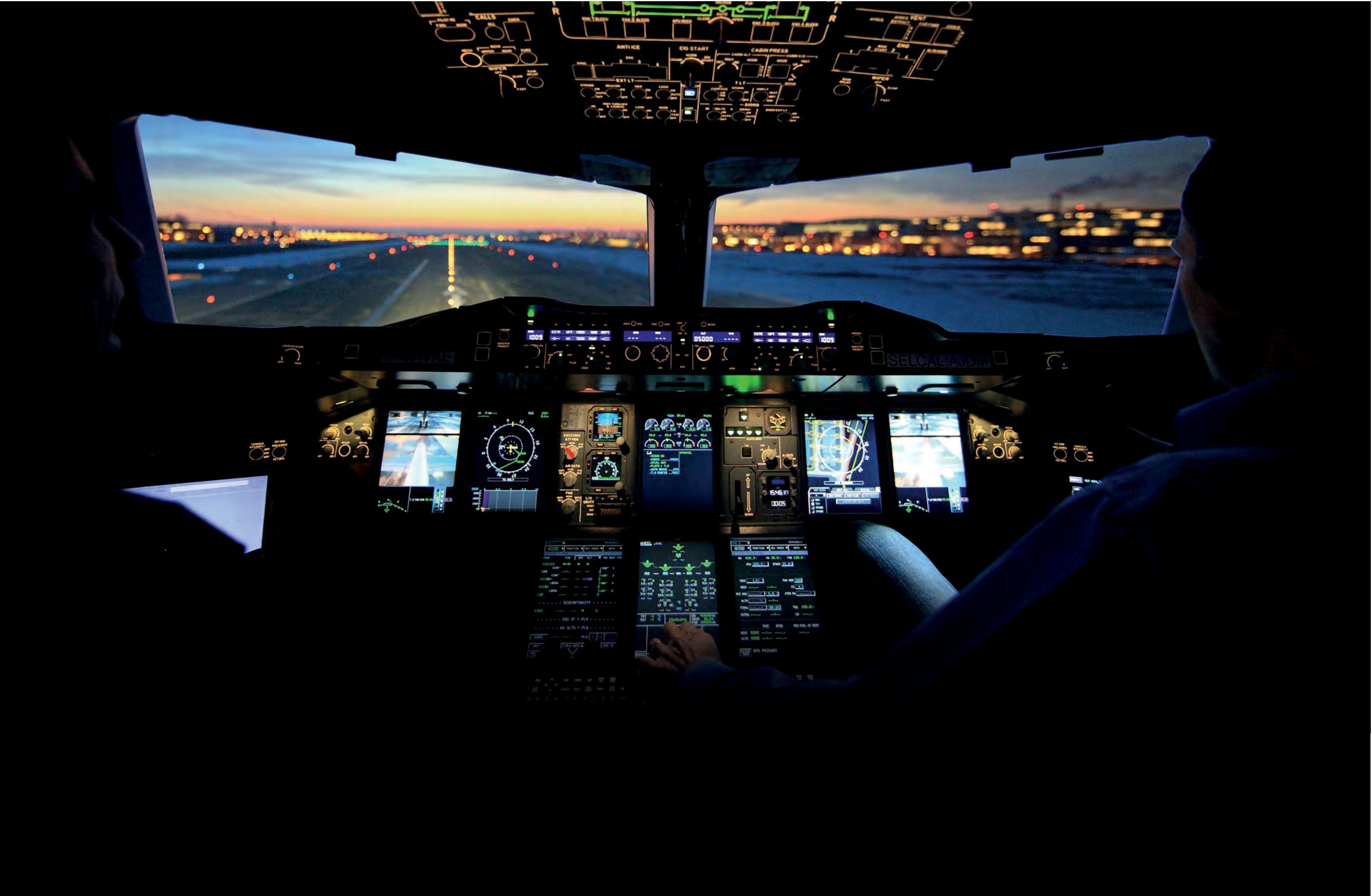 Researchers are studying new technologies to put into commercial aircraft cockpits in the future. Airbus

A key research challenge with LAPARTS is ensuring touchscreen controls mimic the functionality of existing critical systems to guarantee operations: specifically, ensuring a touchscreen system can sense a button press, communicate a positive acknowledgement and ensure a pilot can detect the status of buttons when adverse conditions such as cockpit smoke obscure visual cues.

A third area of research in the Disruptive Cockpit for Large Passenger Aircraft initiative involves Li-Fi. We all know what Wi-fiis, but what is Li-Fi?

Li-fi(Light-Fidelity) is a technology hailed as a prospective successor to Wi-Fi. Introduced in 2011 during a TED talk by Professor Harald Haas from the University of Edinburgh’s School of Engineering, it is a new form of fully networked wireless communications.

Rather than using radio frequency to transmit data (as Wi-fidoes), Li-fiuses light. It works by fluctuating the current passing through an LED bulb at a speed far faster than the human eye can register, with a remote processor converting the signals into a data stream.

Clean Sky is developing functional prototypes of Li-Fienabled headsets and a compatible tablet, intended to demonstrate the technology’s ability to support audio communications between a pilot and air Traffic control.

Li-fiis interesting for aerospace because its beam has a shorter wavelength, so devices can only interact with its signal in the area where the light source carrying the information is emitted.

This means an application can be limited to users who can only access the Li-fisignal, which improves security by strengthening the resilience of secure connections. Mark Broadbent