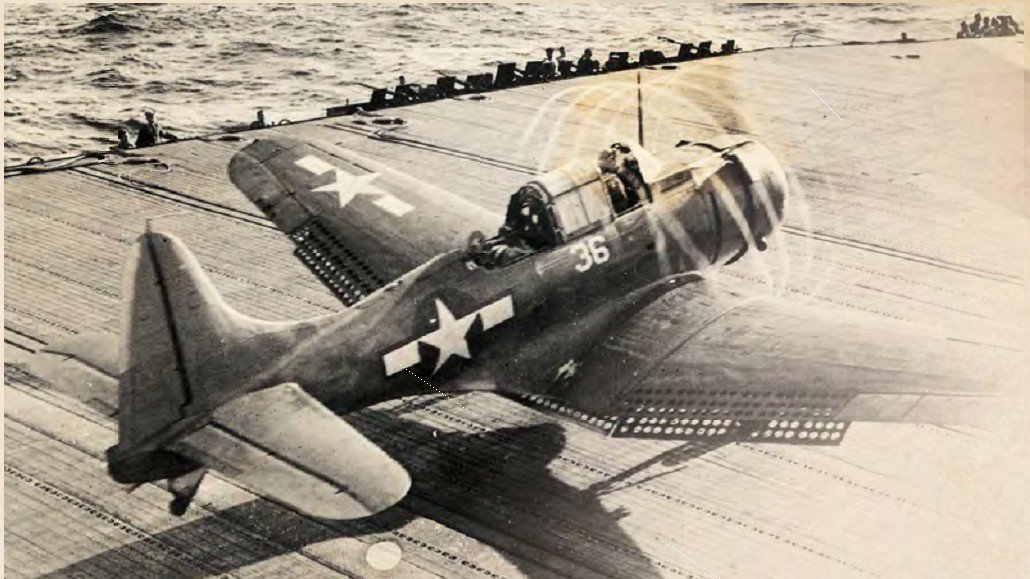 Moisture causing an unusual effect around the propeller of a Dauntless as it takes off to attack Kwajalein during a pre-landing bombardment in January 1944. KEY COLLECTION 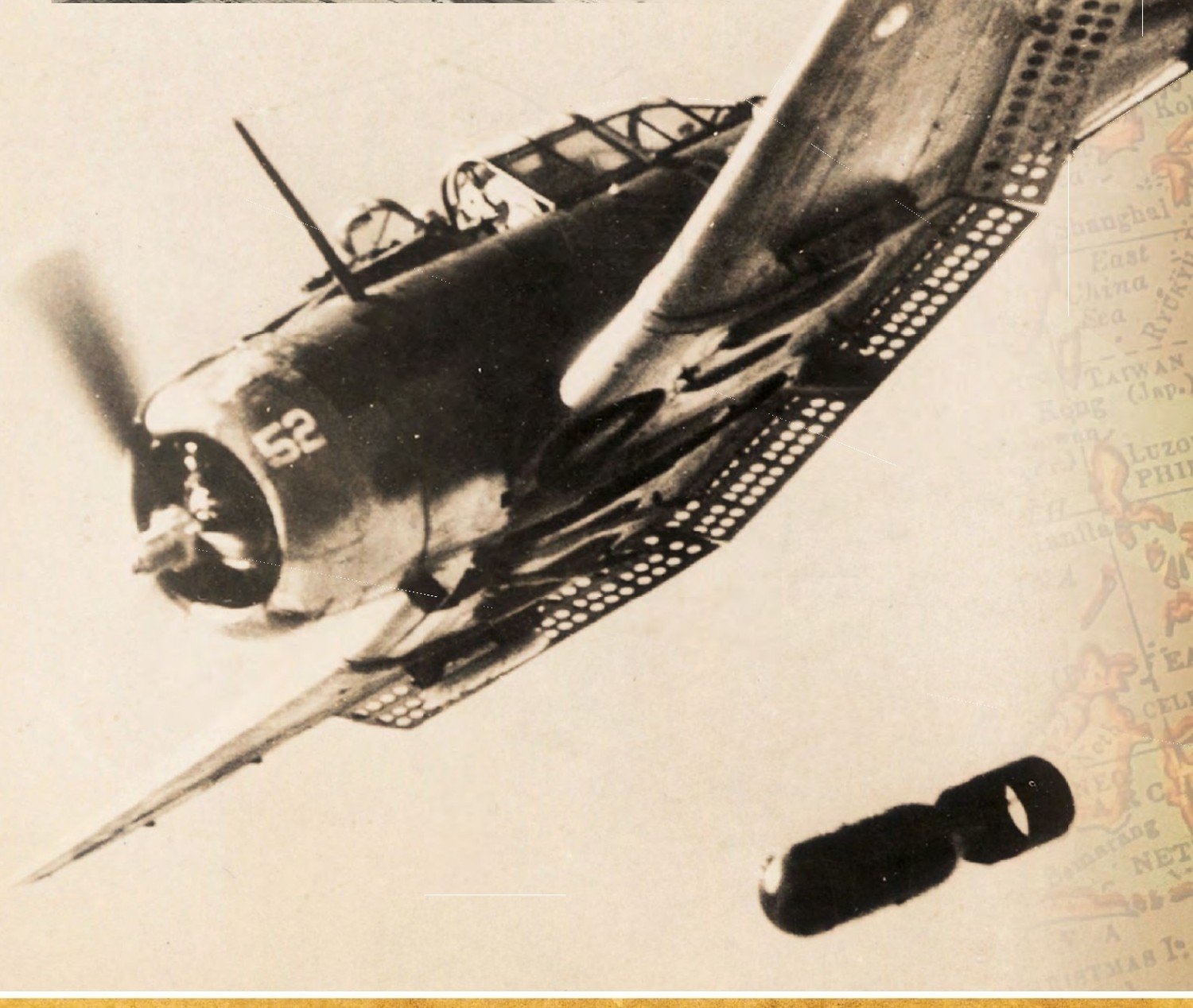 ‘Slow But Deadly’ is what Dauntless pilots thought the initials of their beloved dive-bomber’s designation stood for. Actually SBD denoted Scout Bomber Douglas. In the history of World War Two it’s often overlooked, yet the aircraft changed the face of the Pacific war in five decisive minutes at Midway on June 4, 1942.