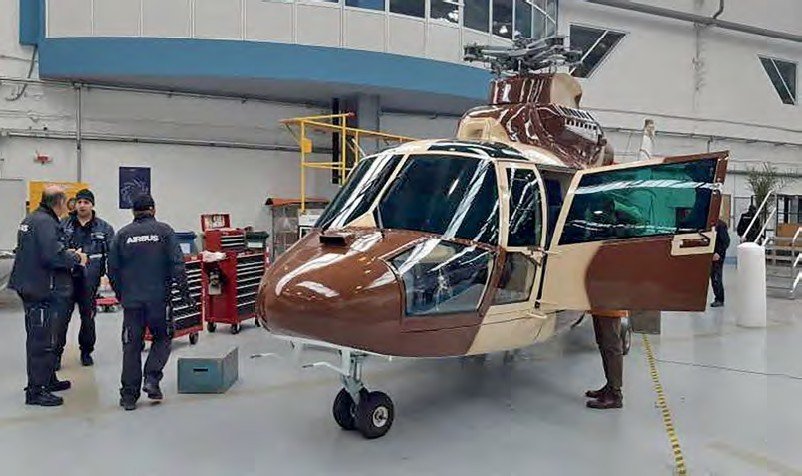 The four Dauphins have been overhauled in Romania prior to being transported to Djibouti aboard an Antonov An124M-100 transport aircraft.

The helicopters arrived partially disassembled in Djibouti on January 16, 2019, aboard an Antonov An-124-100M.

The helicopters were originally delivered in 2016 from Saudi Arabia, which is believed to have financed the aircraft. They were then sent to Romania for a €5 million overhaul and upgrade.

One Dauphin was converted into a VIP transport (for four passengers), two were converted for passenger transport and one was left in its original medical configuration. (All four helicopters were previously used by the Royal Saudi Armed Forces Medical Services.)