Personnel from armed forces and government agencies attended the tenth Grifone exercise – held in Dobbiaco in the Dolomites from September 4-8 – in order to acquire new skills and share experiences of mountain search and rescue. Alberto Celsan and Marco Bazzan investigate. 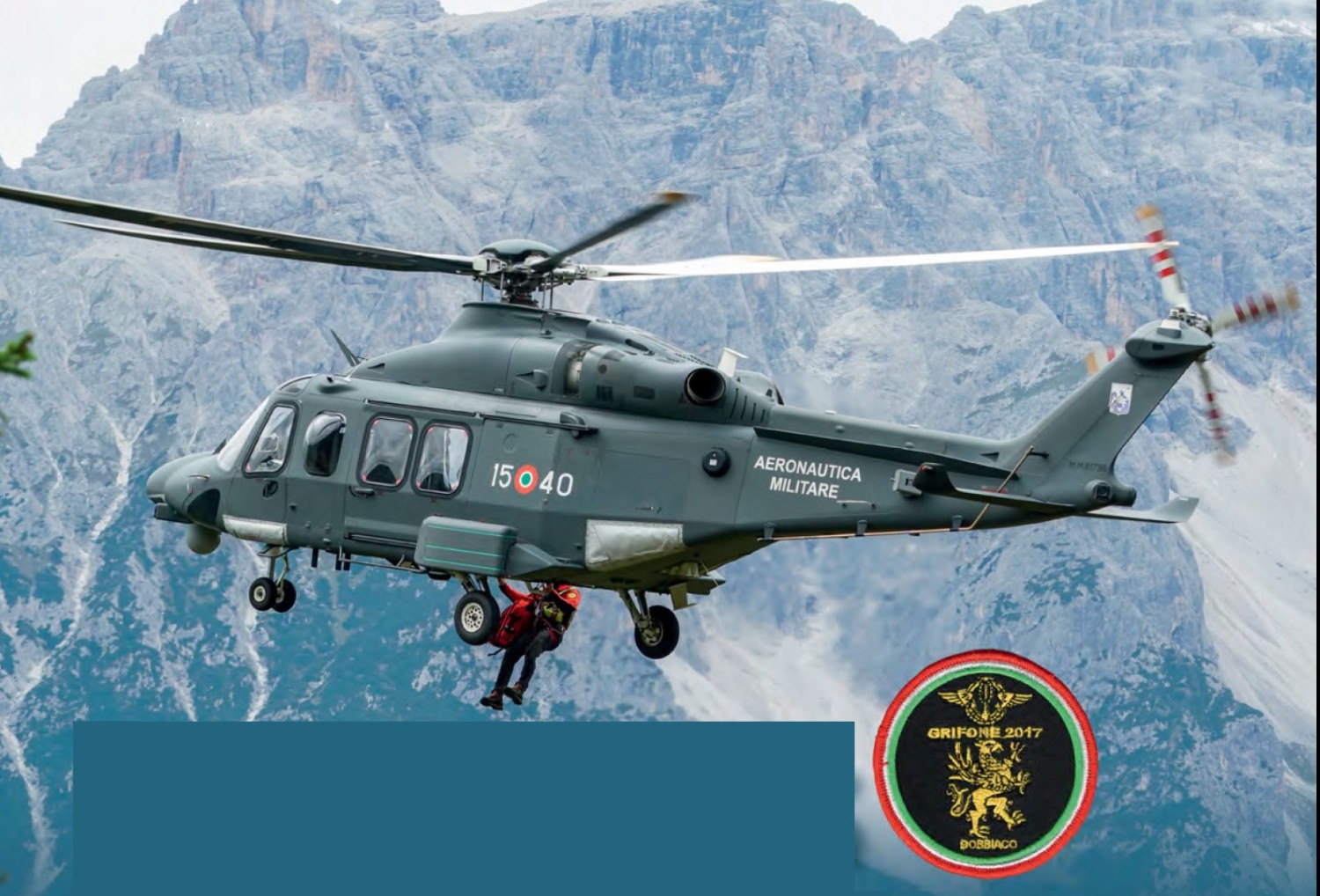 A rescuer prepares to be winched down from Italian Air Force HH-139A MM81796 ‘15-40’ against the spectacular backdrop of the Dolomites. The helicopter is operated by 81° Centro Addestramento Equipaggi at Cervia, as part of 15° Stormo.
All photos Alberto Celsan and Marco Bazzan 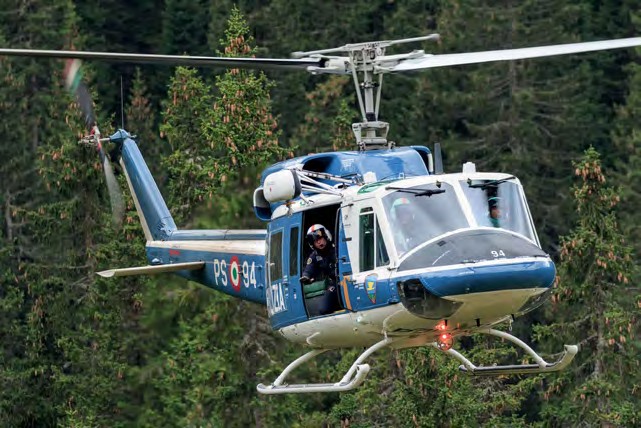 The winch operator signals from the cabin door of a Polizia di Stato AB212 as it descends into a forest clearing. Serial MM81653 is a demilitarised aircraft now assigned to 2° Reparto Volo at Milan-Malpensa as ‘PS-94’.

An Italian Air Force Grob glider is training over South Tirol with an instructor and student on board. Suddenly, communications with the crew are lost. The last visual contact is reported by another glider flying nearby. The detachment chief at Dobbiaco Airport reports the emergency to the military in Padova. After a few minutes, the police are informed by a group of mountain-bikers that a glider entered a cloud and failed to emerge, while the local mountain rescue centre receives an alert from a tourist group who noticed a glider suddenly disappear while performing risky manoeuvres. The incident is confirmed to law enforcement authorities by a man who saw a glider losing its tail and two parachutes opening.