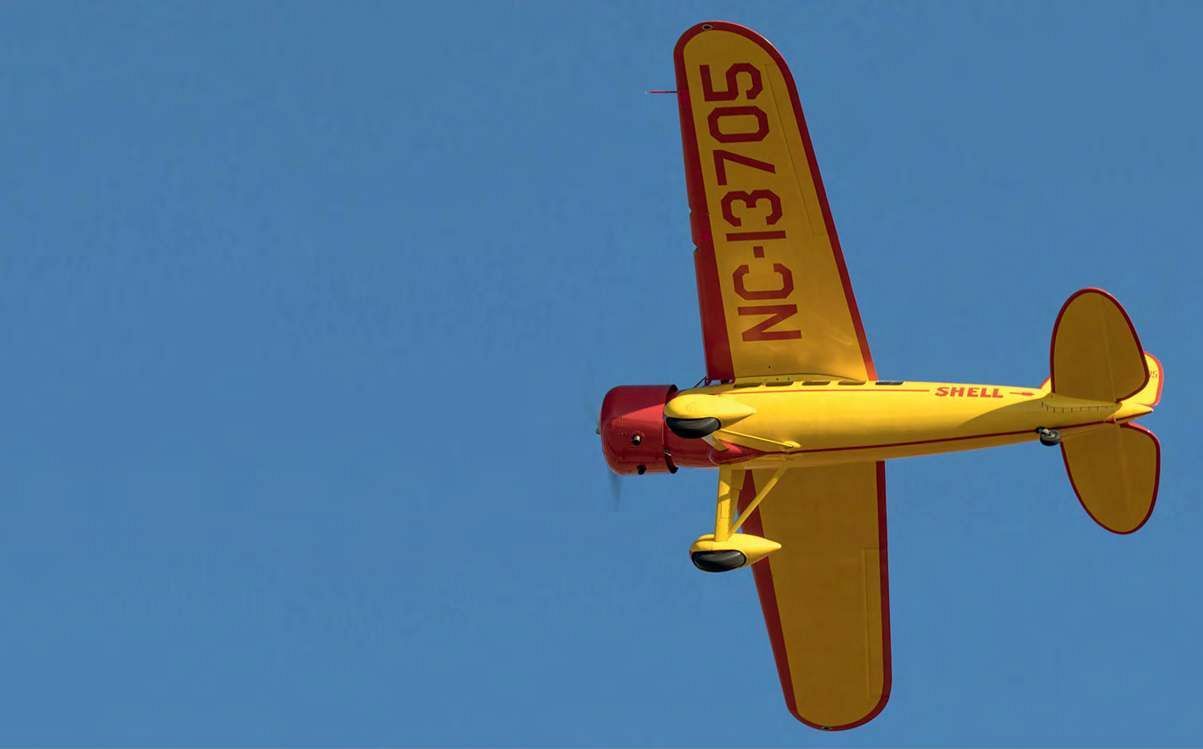 The Lockheed Vega, NC13705, over Nut Tree during a test flight on 14 July with Walt Bowe at the controls. ROGER CAIN

Lockheed Vega 5C NC13705 made its first flight since 1954 on 8 July at Nut Tree Airport in Vacaville, California, with restorer Walt Bowe at the controls. Built at Lockheed’s Los Angeles plant in 1933 as c/n 203, the wooden, Pratt & Whitney R-985- powered machine soon became the fifth Vega to be delivered to the Shell Oil Company. Designated as Shell #7, it was often flown by record-setting pilot Jimmy Doolittle while he was head of the aviation division of Shell Oil.

In 1944 it was acquired by famed used aircraft dealer Charles H. Babb, who had sold aircraft to Howard Hughes, Amelia Earhart and Wiley Post. During the 1960s it was stored outdoors in Los Angeles, and was eventually recovered from a flooded building by aircraft collector and furniture factory owner John Desmond in 1988. Following his death the machine was put up for auction in October 2015.

Restoration of the historic Vega began in 2011 at Heritage Aircraft in Chalfont, Pennsylvania, and negotiations had been under way to secure the aircraft for the new Jimmy Doolittle Center at Nut Tree Airport. Sadly, plans for the facility foundered, and Walt Bowe has completed the restoration to fly on behalf of its Chalfont-based owner.