Aeroplane Heaven has announced the DC-3 and C-47 for Prepar3D is out now. 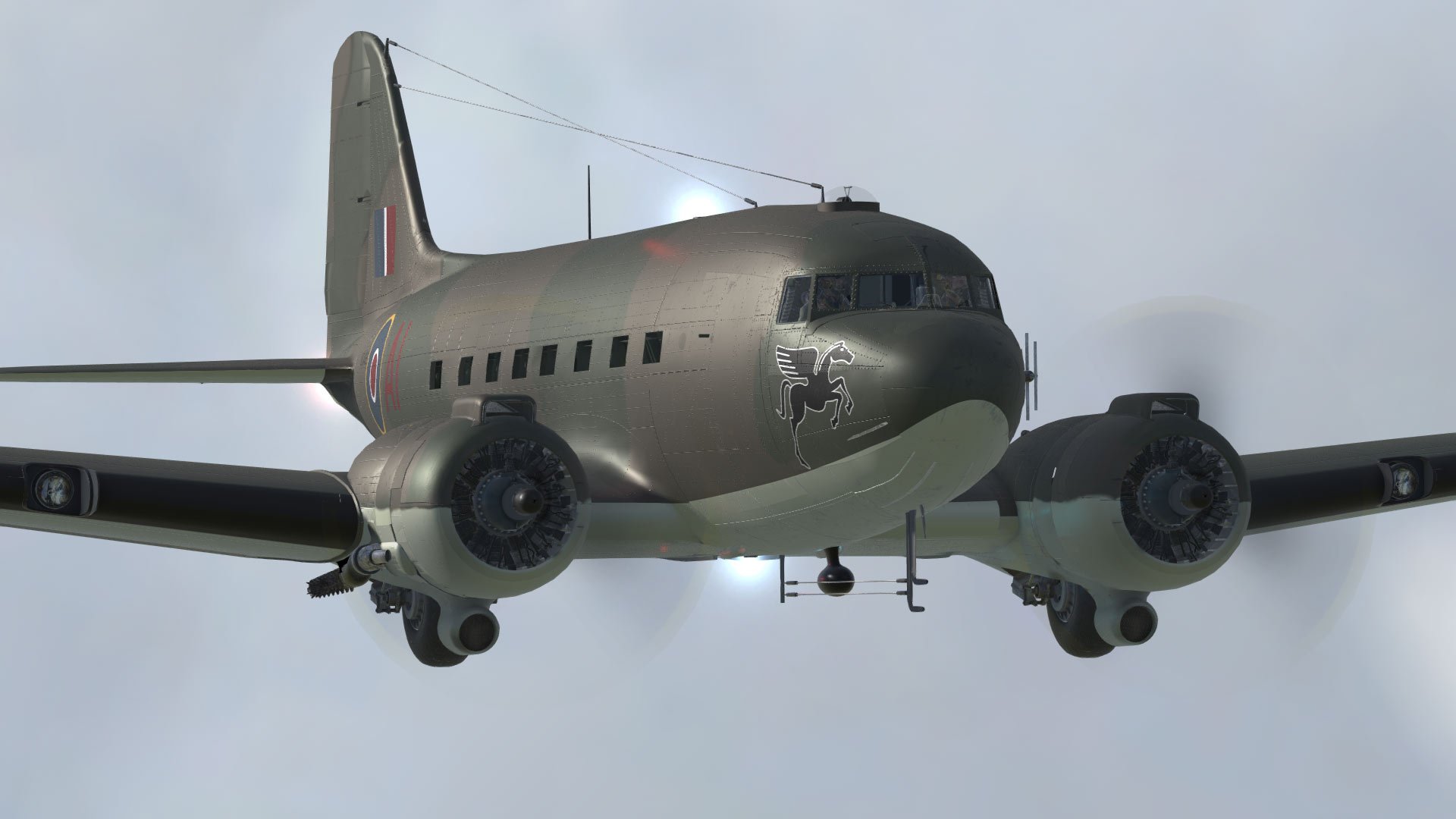 The package features accurate engine modelling for realistic starts and shutdowns, correct operation of hydraulics for landing gear and flaps, an original period avionics such as a Sperry Gyro-pilot and a navigation sextant. Compatibility for the Flight1 GTN 750 and Rex/Milviz WX weather radar is also provided.

It features several authentic liveries along with a detailed model with several animations such as the flight crew, ground personnel and a support vehicle, chocks, pre-flight flags etc. Other highlights include full PBR (Physically Based Rendering) effects inside and out, detailed 3D models of the engines complete with individual cylinder fins, valve gear, spark plugs and leads etc. The C-47 Skytrain comes with an, fully-modelled compliment of paratroops and 18 droppable parachutists, Howitzer cargo and a support jeep.

Up front, the aircraft features authentic cockpit layouts for the civilian and military variants with detailed fittings and controls, 3D instruments and realistic engine starting. The hydraulic and pressurisation equipment is fully functional and authentic flight dynamics and a sound set sourced from the real aircraft.

The DC-3 popularised air travel in the US in the 1930s and went on to fly with most of the world’s major operators along with countless smaller passenger and freight carriers globally. Due to its rugged design properties and inherent adaptability, it did not take long for the military to recognise the potential in the DC-3. The type became known as the C-47 and was operated by the US Army Air Force. As a troop carrier, it delivered paratroops to drop-zones in every theatre of war. Today, there are still close to 2,000 examples flying today with many DC-3s retrofitted with turboprop engines and updated avionics.