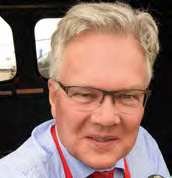 Seven Inokhodets unmanned aircraft vehicles (UAVs) will be delivered to the Russian Ministry of Defence (MoD) during the course of this year, according to the manufacturer, Kronshadt. The company manufactures the Inokhodets at its facility at Tushino near Moscow, where a plethora of other unmanned aerial systems are also being designed. Each of the seven systems would have three aircraft and group equipment, the firm told the Russian Defence Minister, Sergey Shoygu, during a visit to the facility on February 26.

The English translation of Inokhodets, ‘Ambler’, was, until recently, secret and the official name Orion was used instead. It is a medium altitude long-endurance (MALE) class UAV, that can fly for 24 hours at an altitude of 7,500m. You could describe it as the Russian equivalent of the American General Atomics MQ-1 Predator. It is also the first of the new generation large, unmanned aircraft that entered production in Russia, with the first delivery last year. The first operational unit of Inokhodets is the 216th Independent UAV Regiment at Severomorsk-2, belonging to the Northern Fleet. The next unit will be formed at Yelizovo in Kamchatka, in the Pacific Fleet.