A DROP IN THE OCEAN

That was how one pilot described the contribution made by the Focke-Wulf Fw 190 in the night bomber role as the war ended, but it could have applied since the start of these stopgap operations. Why did this outstanding fighter fail at this task? 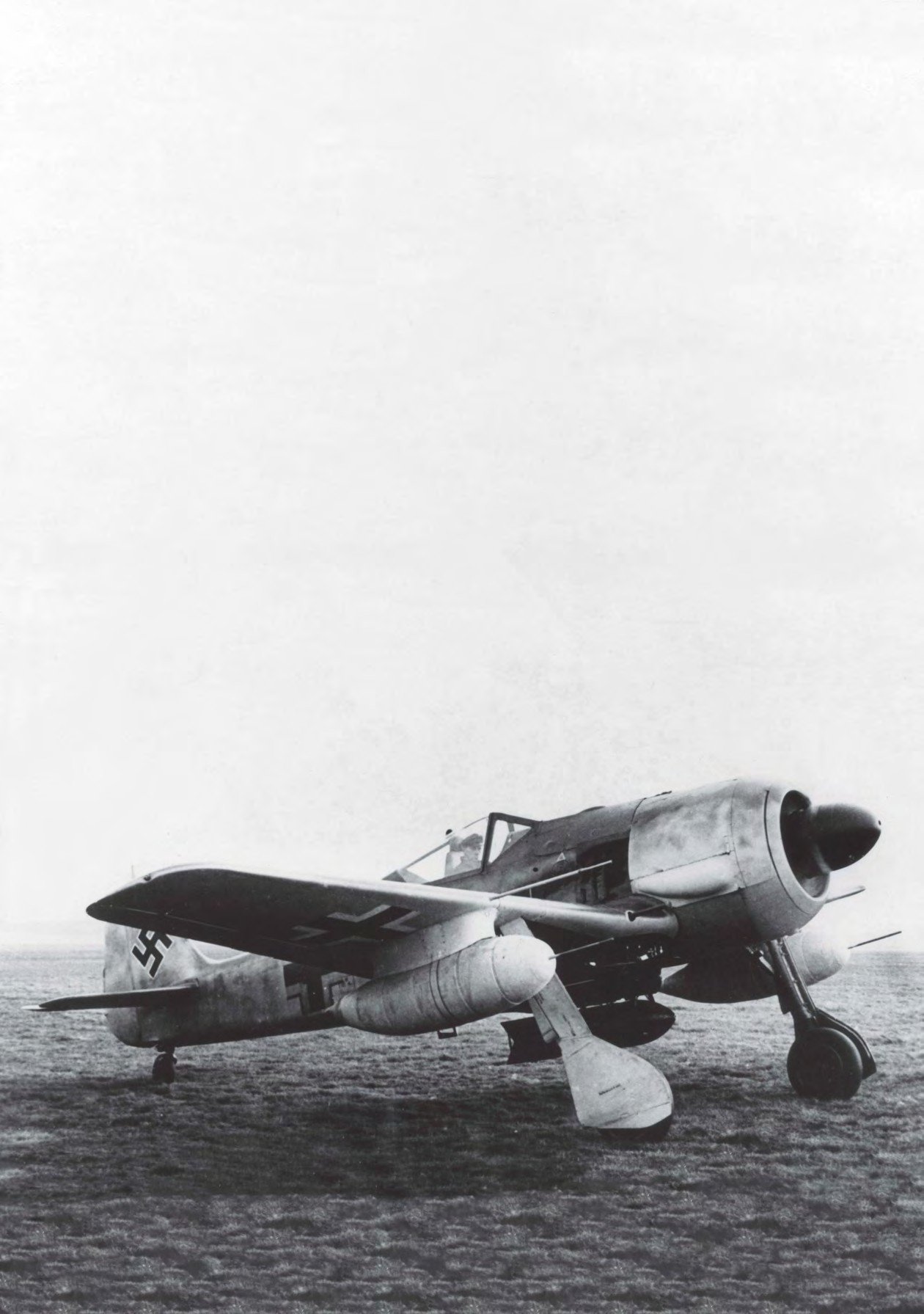 A potent-looking configuration, but one that disappointed operationally: an Fw 190A-5/U8 with drop tanks and 250kg bomb.
ALL VIA CHRIS GOSS

After the war, Maj Kurt Dahlmann, a highly decorated bomber and fighter-bomber pilot, wrote that the night-time use of the Focke-Wulf Fw 190 against London “was not very successful. It was really makeshift. This type of aircraft was neither designated for this kind of mission, nor was it suitable for this task”. His was an especially damning, but justified, indictment of a campaign that proved mos costly in terms of lives and aircraft, and achieved little.

In December 1942, the Luftwaffe formed a dedicated Jabo — Jagdbomber, or fighter-bomber — unit, Schnellkampfgeschwader 10 (SKG 10). Its I Gruppe was commanded by Ritterkreuz (Knight’s Cross) holder and former Ju 87 ‘Stuka’ pilot Maj Heinrich Brücker, and was based at Saint-André-de-l’Eure in northern France, while II Gruppe would be led by another Ritterkreuz recipient and ex-Messerschmitt Bf 110 pilot, Oblt Helmut Viedebannt, and stationed at Caen-Carpiquet. Then in April 1943, IV./SKG 10 was formed from the original two Jabostaffeln, 10./ Jagdgeschwader 2 (10./JG 2) and 10./JG 26, redesignated as 10./JG 54, under Hptm Heinz Schumann who had been awarded the Ritterkreuz the previous month.