In the previous issue of PC Pilot, I looked at Seattle from Drzewiecki Design, a city that many FSX users remember well as it was where this company started its flight simulator journey flying out of Seattle–Tacoma International. Many old timers (like myself), will also remember Meigs Field in Chicago, because that was the original default location for FS2004. This Microsoft Flight Simulator (MFS) developer, however, has chosen a rather different and more remote location than either of the previous incarnations using Sedona Airport in Arizona as its new training area. So, in this review I returned once again to Chicago, not to Meigs Field of course because that no longer exists... or does it? Perhaps it will be interesting to have a look at the area after this latest makeover from the Drzewiecki Design team, just to see if it has done anything to Northerly Island, the original location of Meigs Field, because the last time I looked, it had been converted to a park. 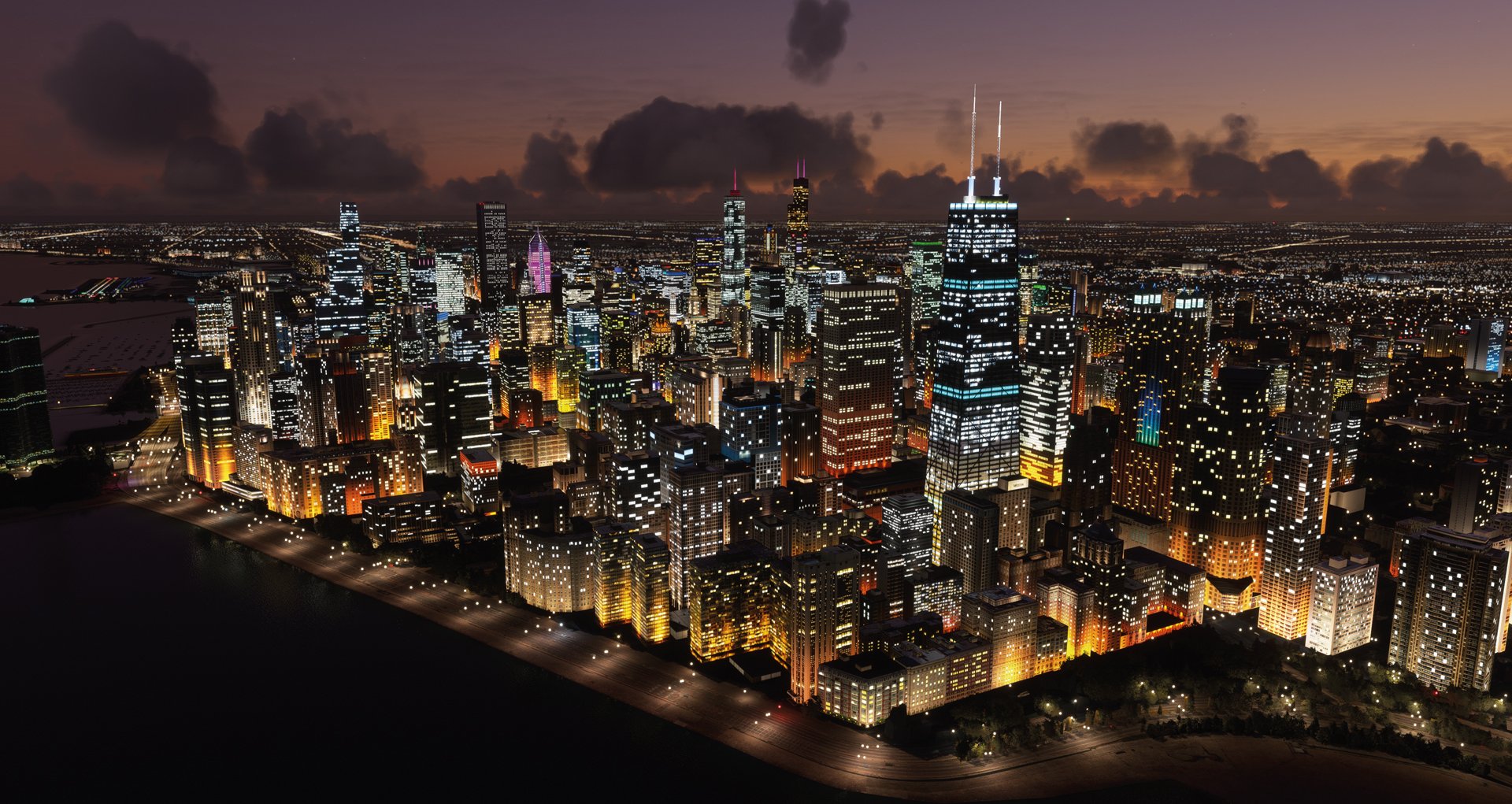 Night-time from the lake is magical.