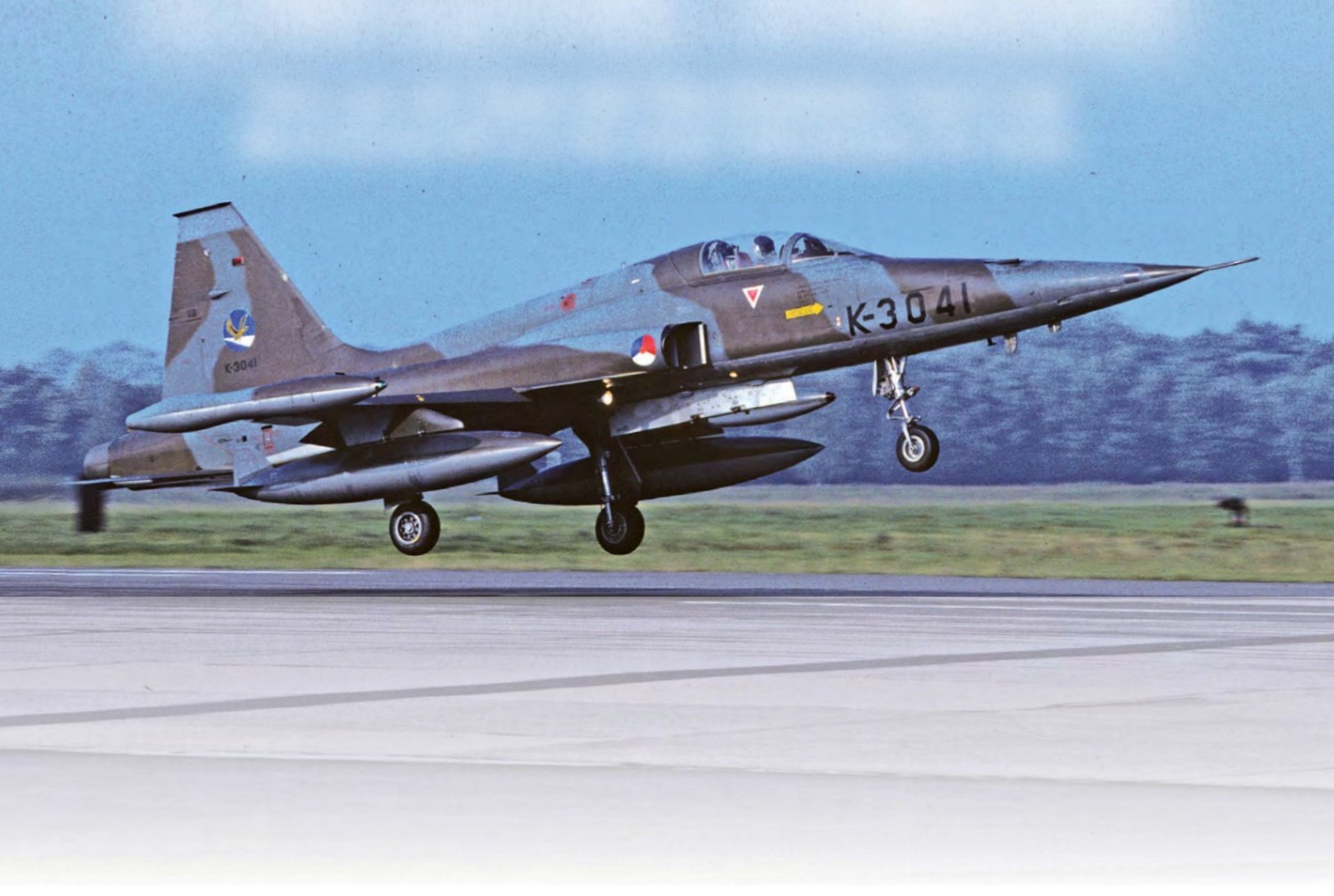 Based at Twente, 313 Sqn took over responsibility from 315 Sqn for the operational conversion of pilots returning from advanced training in the US and Canada. An NF-5A of 313 Sqn is seen touching down at the base.
Peter R Foster

The Freedom Fighter began arriving in the Netherlands as the 1960s closed. The type was designated in Dutch service as the NF-5A and B and pilots destined to fly the aircraft were sent to the US for training on a similar Northrop aircraft, the dual-seat T-38 Talon. Later, pilots were also sent to Canada.

One of the students who received initial instruction in America and then came back to put those skills into practice in the tense atmosphere of Western Europe was Ferry van der Geest.