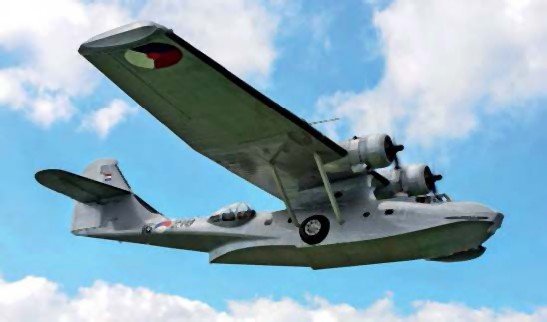 Twenty-three years after it arrived in the Netherlands, the Stichting Neptune Association’s Consolidated PBY-5A Catalina, PH-PBY, has been sold to the Collings Foundation at Stow, Massachusetts. The historic amphibian, which paid for its keep giving pleasure flights from its Lelystad base, had suffered a run of bad luck over the past couple of seasons. On 20 April 2017, the starboard Pratt & Whitney R-1830 Twin Wasp engine suffered a cracked cylinder in flight, resulting in a complete engine change. Then, on 15 August 2017, PH-PBY made an emergency landing when the nose undercarriage refused to deploy, the Catalina suffering minor damage in the ensuing arrival back at Lelystad.

The loss of income resulting from these two incidents, and the recent decision by the Dutch authorities to treat flying with paying passengers as a commercial activity — thus lowering the organisation’s earnings due to the tax burden — has finally caused the operation to fold.

Originally delivered to the US Navy at Norfolk, Virginia as BuNo 2459 in December 1941, the PBY was assigned to VP-73 and allotted the squadron code 73-P-9. In January 1942, it arrived at its new base at Reykjavík, Iceland, flying its first convoy escort sortie on 1 February. It was to fly many operations in the area between Iceland and Greenland, known as the Denmark Straits.

Hopgood took off in 73-P-9 from Reykjavik and just before dawn spotted U-464, a type XIV ‘Milch Cow’ supply and replenishing boat that could provide 12 type VIIC submarines with oil and fuel for up to four weeks. Five depth charges were dropped around the submarine, Hopgood then attacking with his machine guns. Return fire from the U-boat put 25 bullet holes in the wings of the PBY, but U-464 had been so badly damaged that the captain, Otto Harms, was forced to scuttle the sub, 52 survivors then being picked up by a Icelandic fishing vessel.

Two months later, on 5 October, 73-P-9 scored a second victory: while escorting convoy HX-209, U-582 was spotted 400 miles south of Iceland. Following a low-level attack, the raider disappeared below the waves, leaving behind a large oil slick.

The aircraft’s third and final U-boat kill came on 24 June 1943, when U-194 was sunk by a homing torpedo dropped by 73-P-9, which was being flown by Lt Joseph W. Beach. The submarine was 12 days into its first patrol. All 54 crew members were lost.

After a trans-Atlantic ferry flight to Stow, the PBY will be repainted in its wartime VP-73 scheme and take its place alongside a B-17 Flying Fortress and B-24 Liberator in the Collings fleet, making up a highly historic trio of airworthy multi-engine World War Two American aircraft.