Small in number but technical titans of their time, the RAF’s Sentinel R1 fleet was finally withdrawn in March. Dr Kevin Wright traces the development and brief operational career of this secretive intelligence collection platform 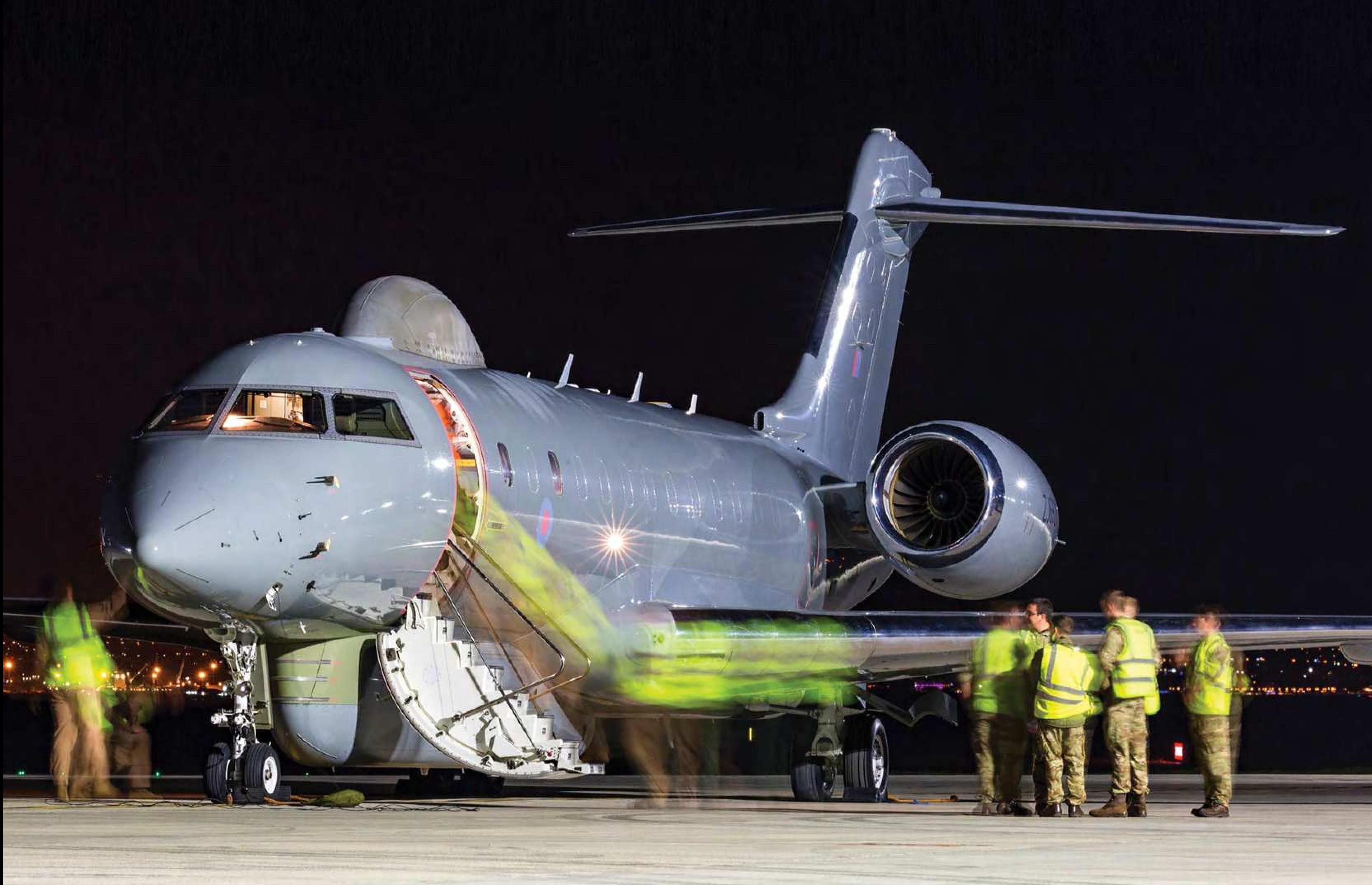 Round the clock! Groundcrew prepare Sentinel R1 ZJ932 for an engine test as part of routine maintenance at RAF Akrotiri prior to an Operation Shader mission in March 2019
MOD Crown Copyright 2019 – Cpl Tim Laurence

During the 1980s, the British armed forces realised they needed an airborne stand-off sensor platform to collect intelligence and monitor the Cold War battlefield. Two competing concepts emerged. While the RAF sought a high-flying, synthetic aperture radar (SAR) based system capable of producing high-quality imagery of fixed targets at long range through cloud cover and in bad weather, the British Army wanted a platform to detect, identify and track hostile groundforces through the use of moving target indicator (MTI) displays. With each service trialling its proposed system, the UK Ministry of Defence (MOD) quickly realised it was unable to afford both.