Imperial War Museum Duxford recently hosted a large number of Douglas DC-3 variants to mark the 75th anniversary of D-Day. Carl Wrightson was at the Cambridgeshire airfield to witness the spectacle. 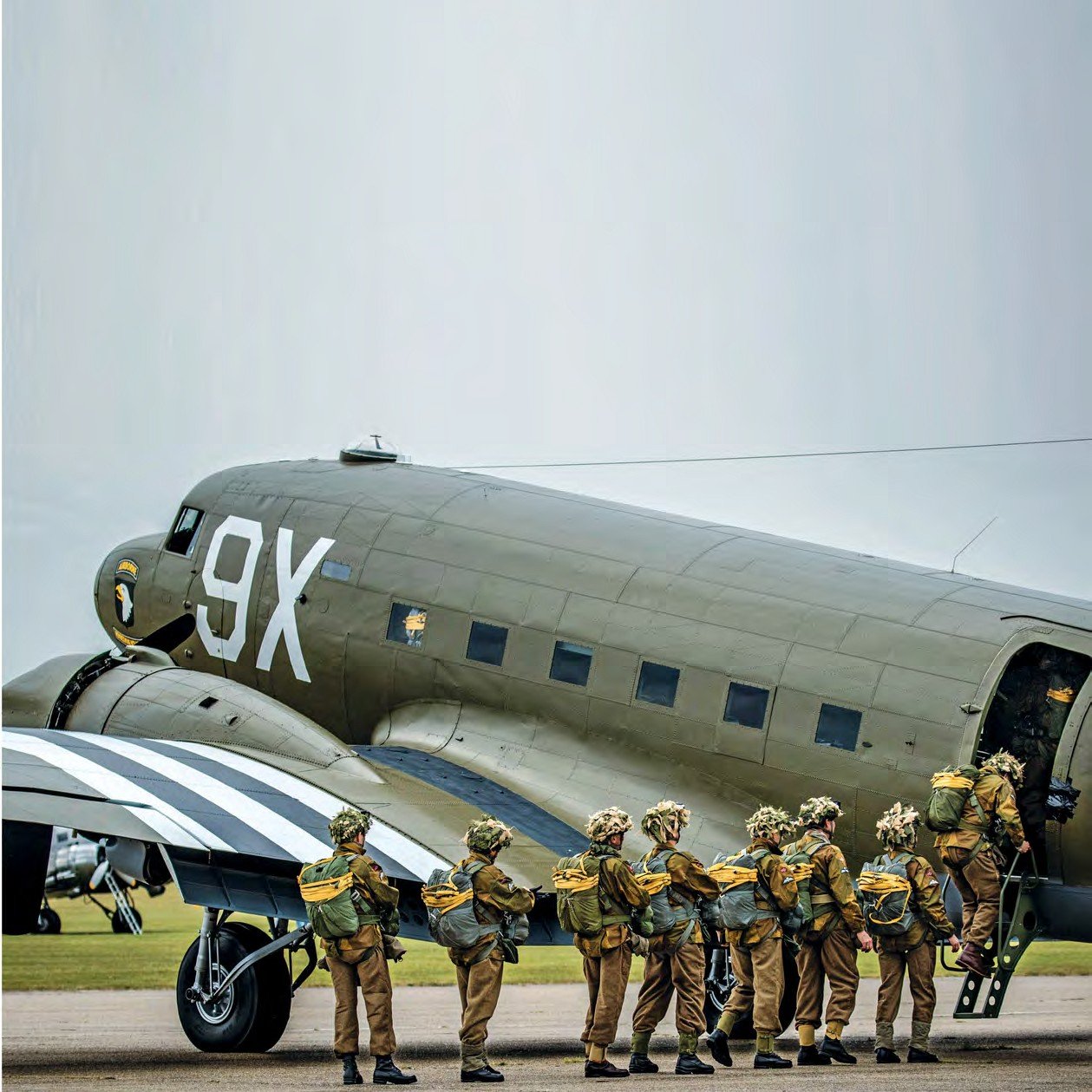 Parachutists of the WWII Airborne Demonstration Team board C-47-DL Skytrain 101st Airborne Tribute on June 4. Unfortunately, the wind speed proved to be too high for the jump over Duxford to take place.
Carl Wrightson

Lines of Dakotas at Duxford in a variety of schemes make an impressive sight.
Jim Winchester

Douglas C-47B Betsy’s Biscuit Bomber taking off at a wet Duxford on June 4, with C-47A Miss Virginia in the foreground.
Jim Winchester

More than 18,000 men from two American and one British division parachuted into Normandy or landed in gliders just after midnight on D-Day – June 6, 1944. Dakotas were used as jump platforms and also tugs for the gliders, so played a crucial role in what was called Operation Overlord.