The Eagle Dynamics team has released the Early Access version of the AH-64D for DCS World. 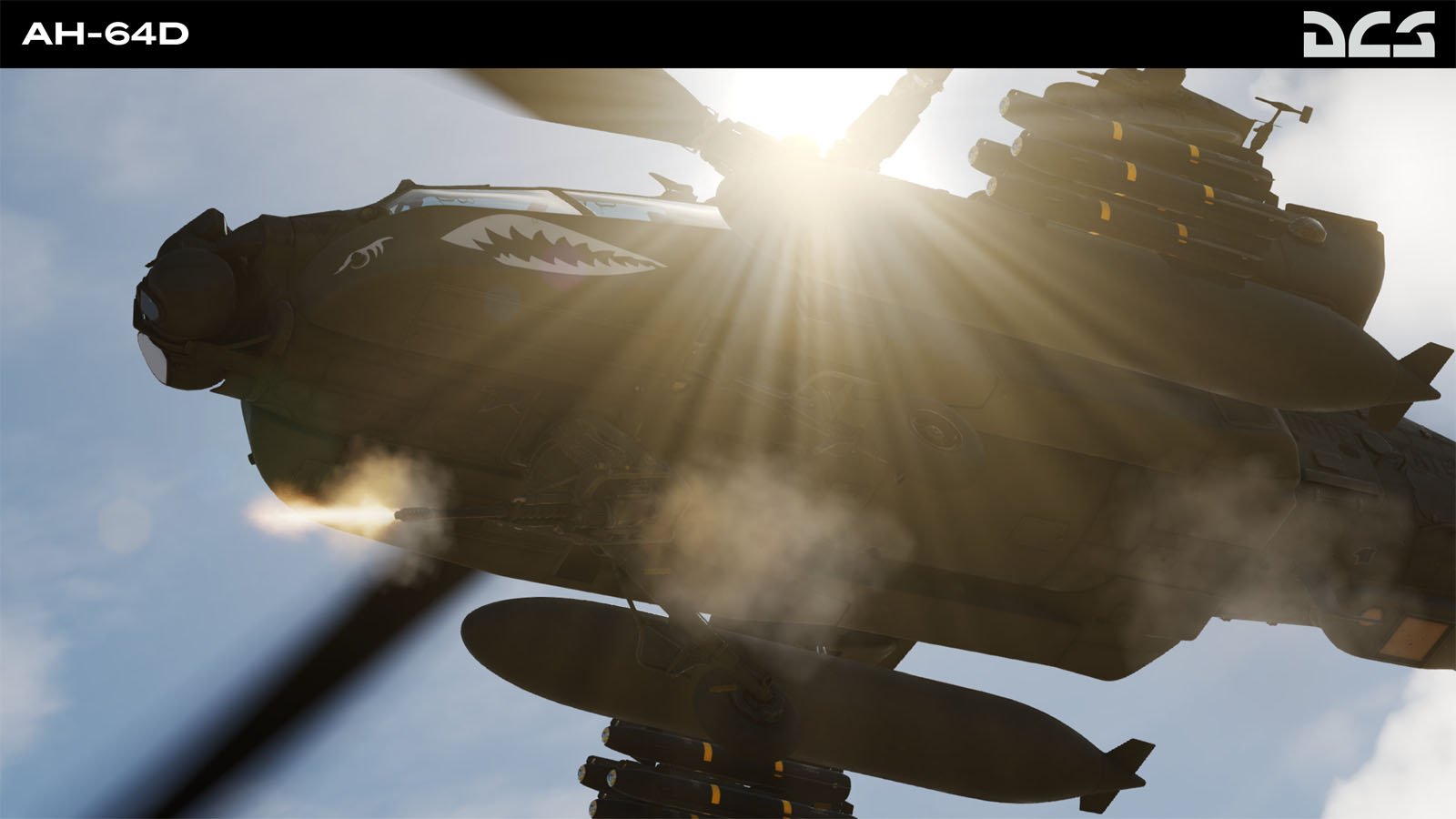 The DCS: AH-64D is one of the most complex projects Eagle Dynamics has undertaken. The Early Access version of the AH-64D includes a rich feature set such as near-complete external and cockpit art and animations, including new pilot models. Most of the avionics systems are fully operational such as the Tactical Situation Display (TSD), the Integrated Helmet and Display Sight System (IHADSS) and numerous Multi-Purpose Display (MPD) pages. 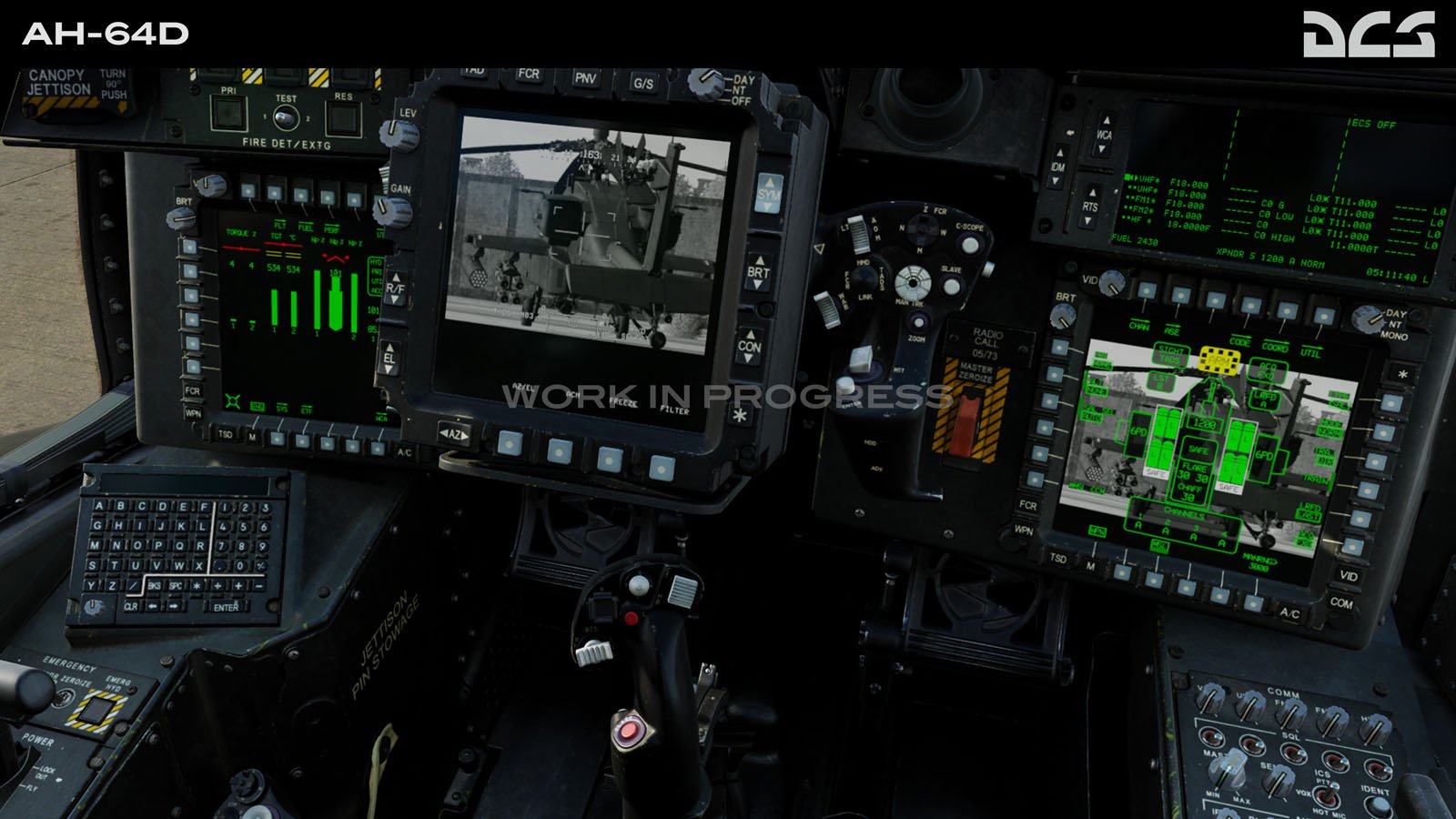 Also included is a massive update to the FLIR technology that will be available for DCS: A-10C II Tank Killer, DCS: F-16C Viper, DCS: F/A-18C Hornet and DCS: JF-17 Thunder. The team is planning to later deploy the improved FLIR technology to all other compatible sensors, third-party modules, and DCS: Combined Arms soon. 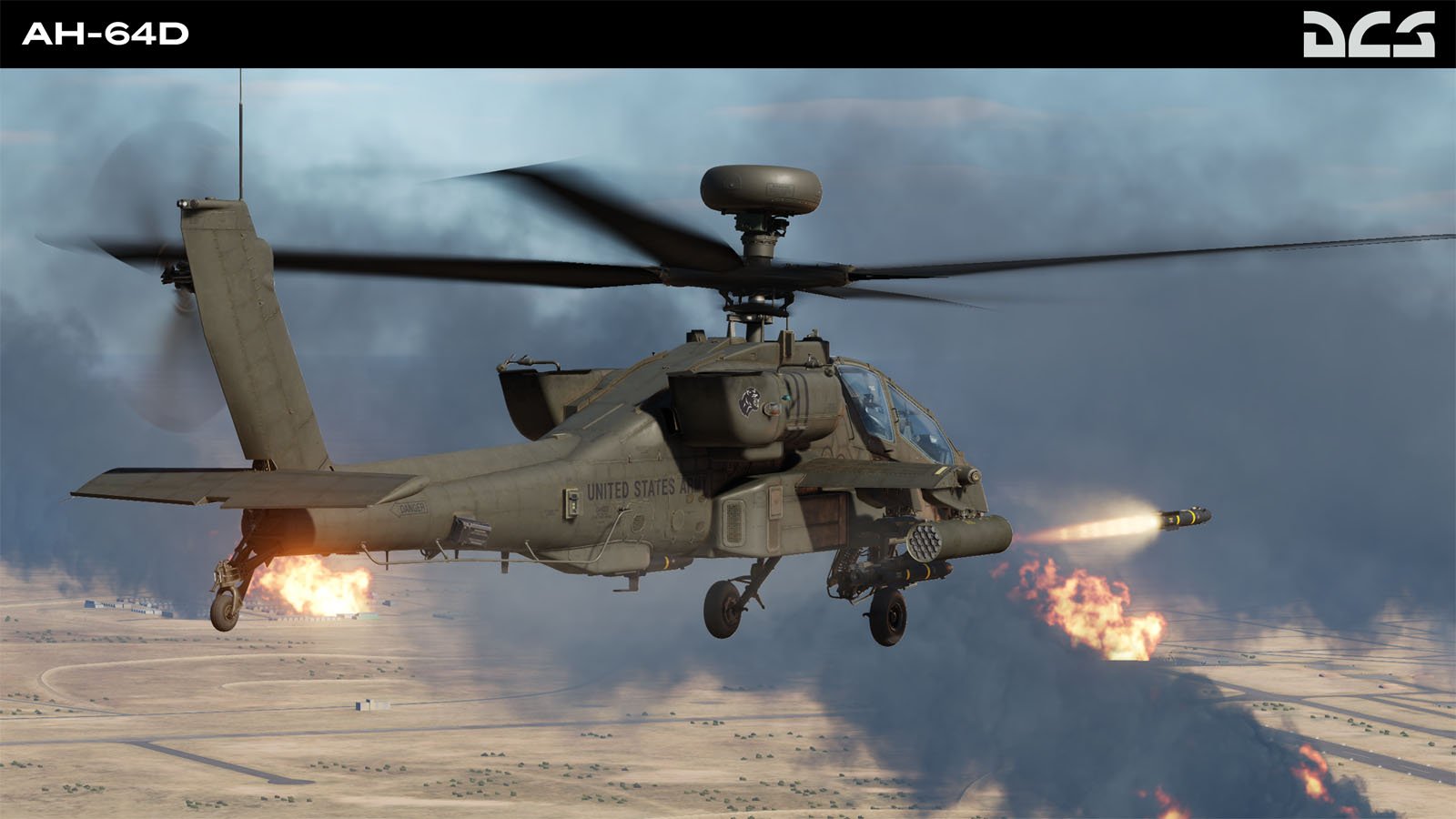 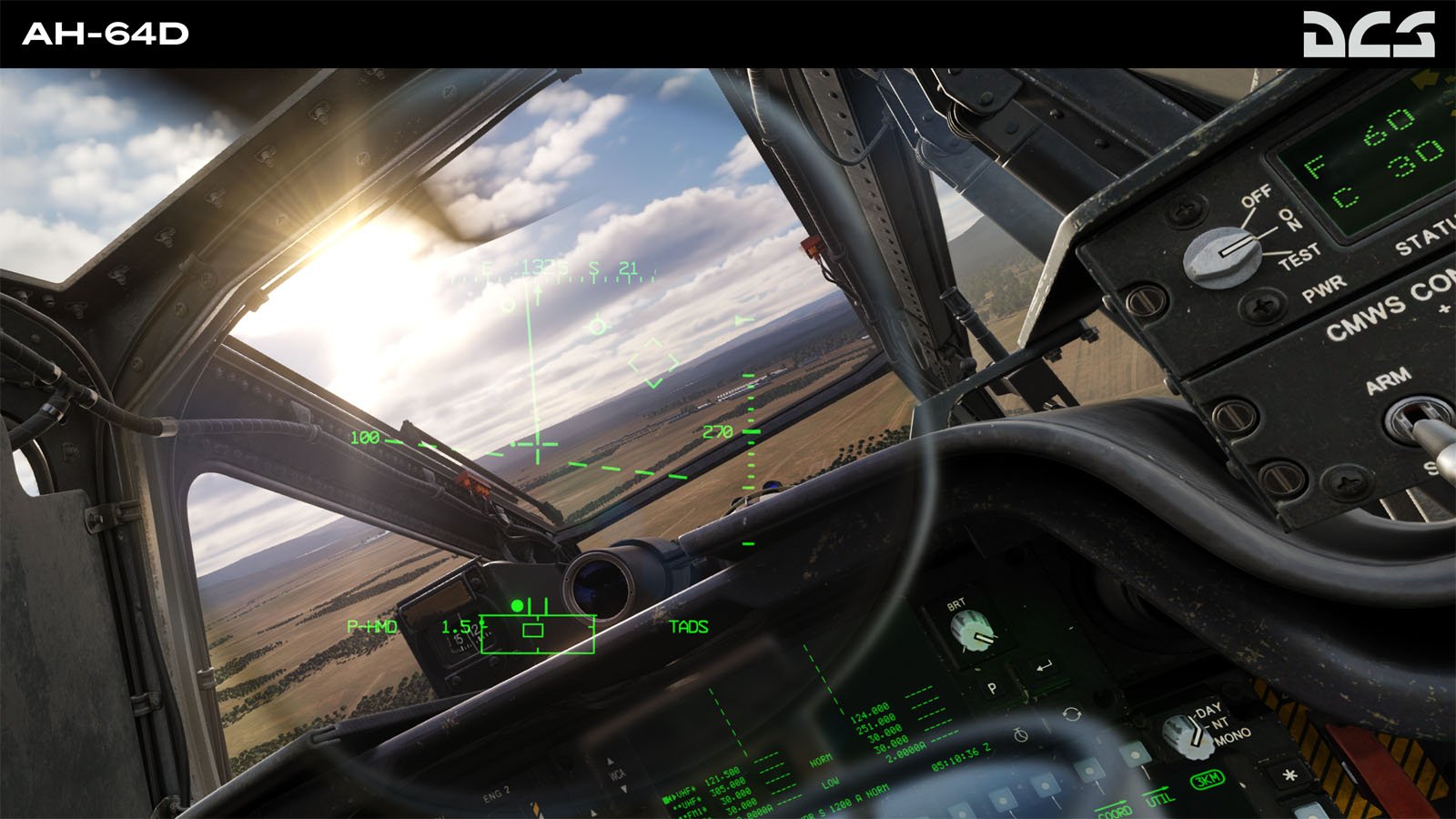 Flying the AH-64D is made easy with its advanced flight control system. Online multi-crew is available at Early Access and single pilot or gunner operation is possible thanks to the advanced 'George' AI. In the coming months, the Fire Control Radar (FCR), radar-guided Hellfire missiles, datalink between flight members, and more will be made available. 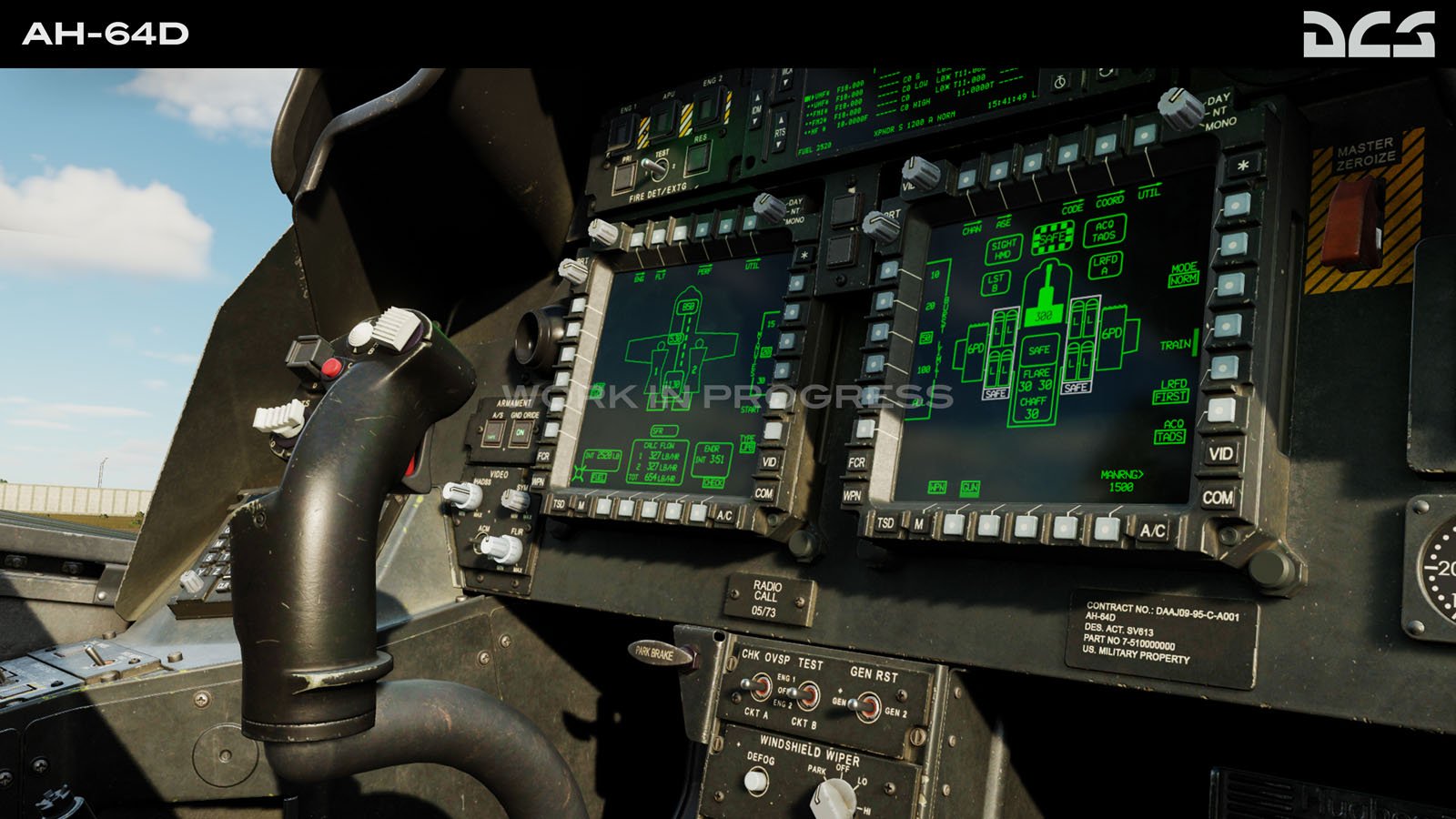 Later in development, the AH-64D will also be equipped with the Fire Control Radar (FCR) that will enable it to detect, classify, track, and engage both air and surface targets with radar-guided Hellfire missiles. The Early Access version of the Apache is available with a 20% discount on the Eagle Dynamics website for $63.99. Prices will increase to $79.99 for the final version. The AH-64D will soon be in Free to Play for 14 days to test fly before you buy.