French Rafale Cs and Spanish Hornets were among the Frisian Flag-participating jets refuelled by the Luftwaffe A310 MRTT.
Dutch MoD/Adjudant Arnoud Schoor 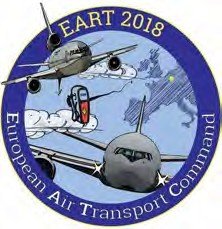 Held every year since 2014, European Air-to-Air Refuelling Training (EART) once again ran parallel to the larger-scale Frisian Flag exercise, from April 9 to 20.

Set up by the European Defence Agency (EDA), it’s organised by the Eindhoven-based seven-nation European Air Transport Command (EATC) and hosted by 334 Squadron, the RNLAF unit at Eindhoven, which operates two KDC-10 tanker/transports.