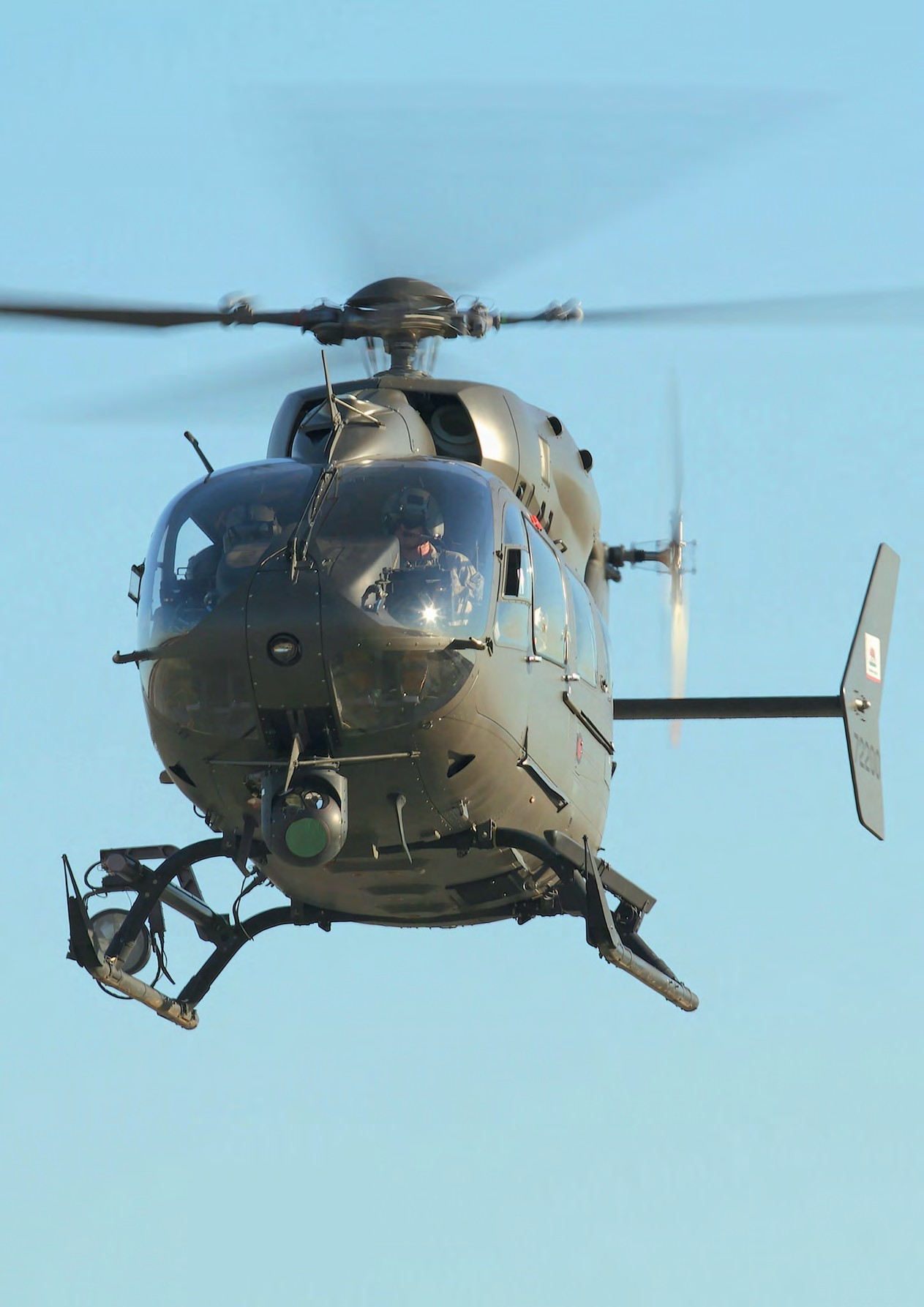 The powerful MX- 15 imaging sensor carried by the LUH-72 Lakota is ideal for disaster and battlefield applications.

An annual event, Exercise Vigilant Guard tests the capabilities of National Guard units, mainly in various homeland security and civil emergency scenarios across the United States each year. Two large earthquakes formed the setting for Vigilant Guard 17-1 which took place across California and Nevada in late 2016.