Martin-Baker has been saving lives for more than 70 years. Dave Unwin examines this iconic British company, which has become synonymous with ejection seats. 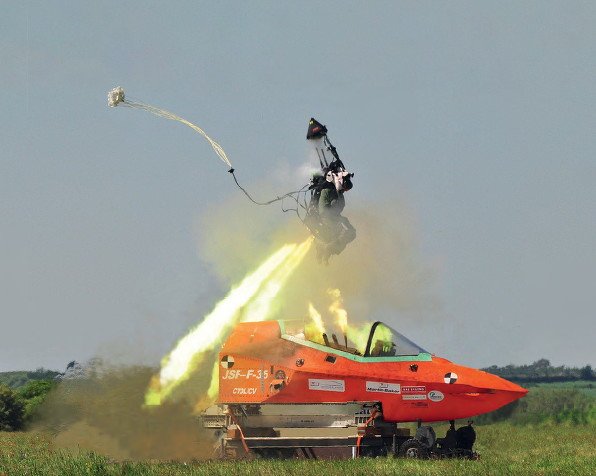 Seen here being tested on a special F-35 cockpit section, the Mk16 ejection seat is common to all F-35 variants.
Via Martin-Baker

“My seat is flat and not very comfortable, and, to an inquiring eye, very odd. It is mounted on rails leaning back and upwards, pointing skywards, and above my head there is a yellow-and-black striped rubber handle. The seat, however, is a marvellous life-saving device, an ejection seat. It is my last means of escape if the vast complex machine I ride should irretrievably fail. Then, if I pull the yellow-and-black handle, I am fired in the seat up the rails, and an automatic mechanism then releases me from the seat, operates my parachute, and leaves me nothing else to do until I reach earth. Thus, the handle is a good one. Reach it blind, semi-conscious, suffocating, injured, it will work just the same.”

Those words were written by an RAF Javelin pilot for Blackwood’s Magazine in 1961, but current fast jet pilots probably feel the same about their ejection seats.

Indeed, learning that the 7,613th life had been saved by a Martin-Baker (MB) seat got me thinking about this great British company. While evaluating various fast jets over the last 20 years I’ve sat on a variety of MB seats, ranging from the Mk3 of the 1950s to the Mk16 introduced in 2005 and including the Mk4, Mk9, Mk10 and Mk12. Furthermore, I’ve also flown using on other brands of seats, including the Saab unit fitted to the Folland Gnat, and the AeroVodochody L-39’s VS1-BRI. But no matter which seat it is, every time I remove the safety pins I’ll admit to a frisson of excitement, allied to the realisation I’m now sitting on a large, live pyrotechnic device! 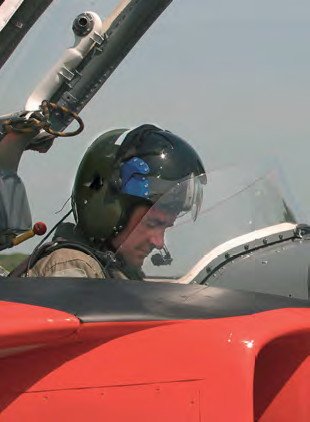 Dave straps into a Gnat. Note the yellow-and-red arming handle behind his head. This system makes it obvious if the seat is ‘armed’ because when set to ‘safe’ the handle sticks into your neck!
KEY - Steve Fletcher

Interestingly, and contrary to what you might think, the ejection seat is not a British invention. The Germans had an escape system propelled by compressed air in service during World War Two, while Sweden’s Saab soon realised the limitations of compressed air and designed a version that used explosives. However, it was engineer and inventor James Martin of the Martin-Baker Aircraft Company Ltd who fully appreciated that the introduction of jet aircraft, and their commensurately higher speeds, made the development of a reliable escape system imperative and the rest – as they say – is history. A very brave Martin-Baker employee called Bernard Lynch made the first in-flight test, when he ejected from the rear cockpit of a specially modified Gloster Meteor at 8,000ft and 300kts. Incredibly, Martin-Baker still uses modified Meteors for seat testing, mostly because the type’s widely spaced axial-flow engines make it perfect for this mission.

The first emergency use of an MB unit was on May 30, 1949, when Armstrong-Whitworth test pilot Jo Lancaster ejected from the prototype AW.52, and since then the company has delivered more than 75,000 examples. In fact, the Mk7 alone has saved more than 2,400 pilots, while the total across all versions is around 7,500. Some other ejection seat facts are just as fascinating: pilots have ejected at supersonic speeds, at well above 50,000ft, and even underwater. Hundreds of pilots have ejected twice, and a very select few three times

Ejection seat technology has come a long way since the Mk3. I remember that simply strapping into the de Havilland Vampire T.11 was quite complicated as you had to fasten the parachute harness, leg restraints and seat straps separately, while the closeness of the two seats was also an issue. Indeed, one of the prestart checks was to check you’d not accidentally used each other’s straps. 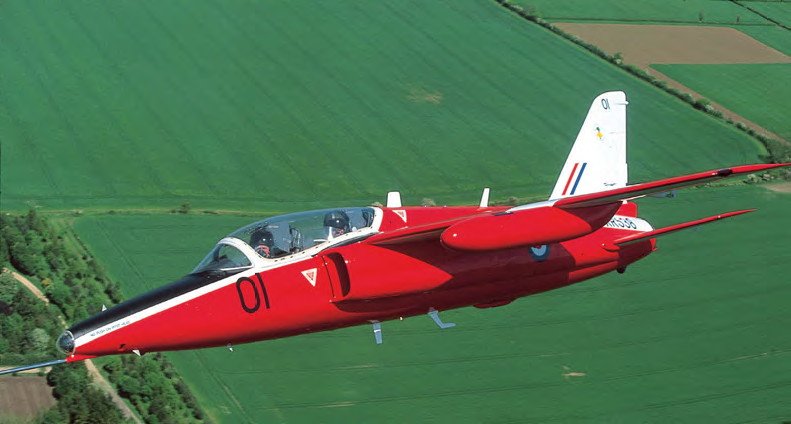 Unusually for an RAF aircraft, the Gnat’s ejection seat was not supplied by Martin-Baker, but by Saab.
KEY - Steve Fletcher

Although the Mk3 was fully automatic and had a minimum operating envelope of 200ft and 90kts it was – quite literally – a ‘bang seat’ Pulling the handle fired what was essentially a 40mm artillery shell and two smaller secondary cartridges, and these shot the pilot out with quite brutal acceleration at 80ft/second. Subtle it wasn’t, and although the Mk3 saved more than 250 lives, injuries – particularly to the back – were common.

The next big jump was with the Mk6, which was a zero/zero seat (you could eject while stationary) and used a combination cartridge/multi-tube rocket system which was much kinder to the airman. However, even though the Mk12 featured a combined seat/parachute harness it still required separate leg restraints and the rocket motor had to be adjusted to accommodate dif erent pilot weights. Fortunately, modern seats, such as the Mk16 fitted to the F-35, are extremely sophisticated. 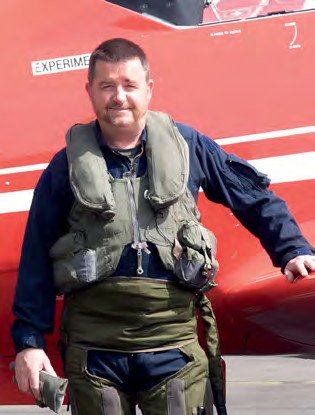 Dave preparing for a sortie in a Pilatus PC-21. This very sophisticated trainer is fitted with MB Mk16 seats.
DAVE UNWIN

While writing an article about the F-35 a few years back I got the chance to examine the ejection seat closely, and unsurprisingly, it is as advanced as every other aspect of the F-35. In my own experience, irrespective of whether the seat was British, Swedish or Russian, the common denominators were that none were particularly comfortable, and all were a bit of a faf to strap into. With the Mk16 you simply sit down, do up your harness and click your Personal Equipment Connector (PEC) into place. Then you remove one pin and push a handle to ‘Armed’ – and that’s it. There’s no separate leg garters (the leg restraints are built into the aircraft) and you don’t even have to adjust the rocket motor to accord with your weight. Getting out is even easier, as when you pull the arm/safe handle back to ‘Safe’ it automatically ejects the PEC!

As for the future? Well, as is often speculated, the last fighter pilot may have already been born, but if there is a replacement for the F-35 on the drawing board, it’ll almost certainly have a Martin-Baker ejection seat. 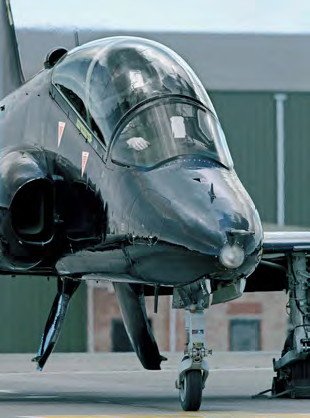 While flying a Hawk T1A from RAF Valley, Dave sat on an MB Mk10B. Unlike the Gnat, which required the canopy to be jettisoned prior to ejecting, the Hawk’s canopy is taped with MDC (miniature detonation cord). Once the ejection sequence is initiated it shatters the canopy.
KEY – Duncan Cubitt