After several years in development, QualityWings has released its Ultimate 787 Collection. Based on Boeing’s latest high-tech flagship, the project is best described as ambitious, as PC Pilot’s Richard Benedikz finds out. 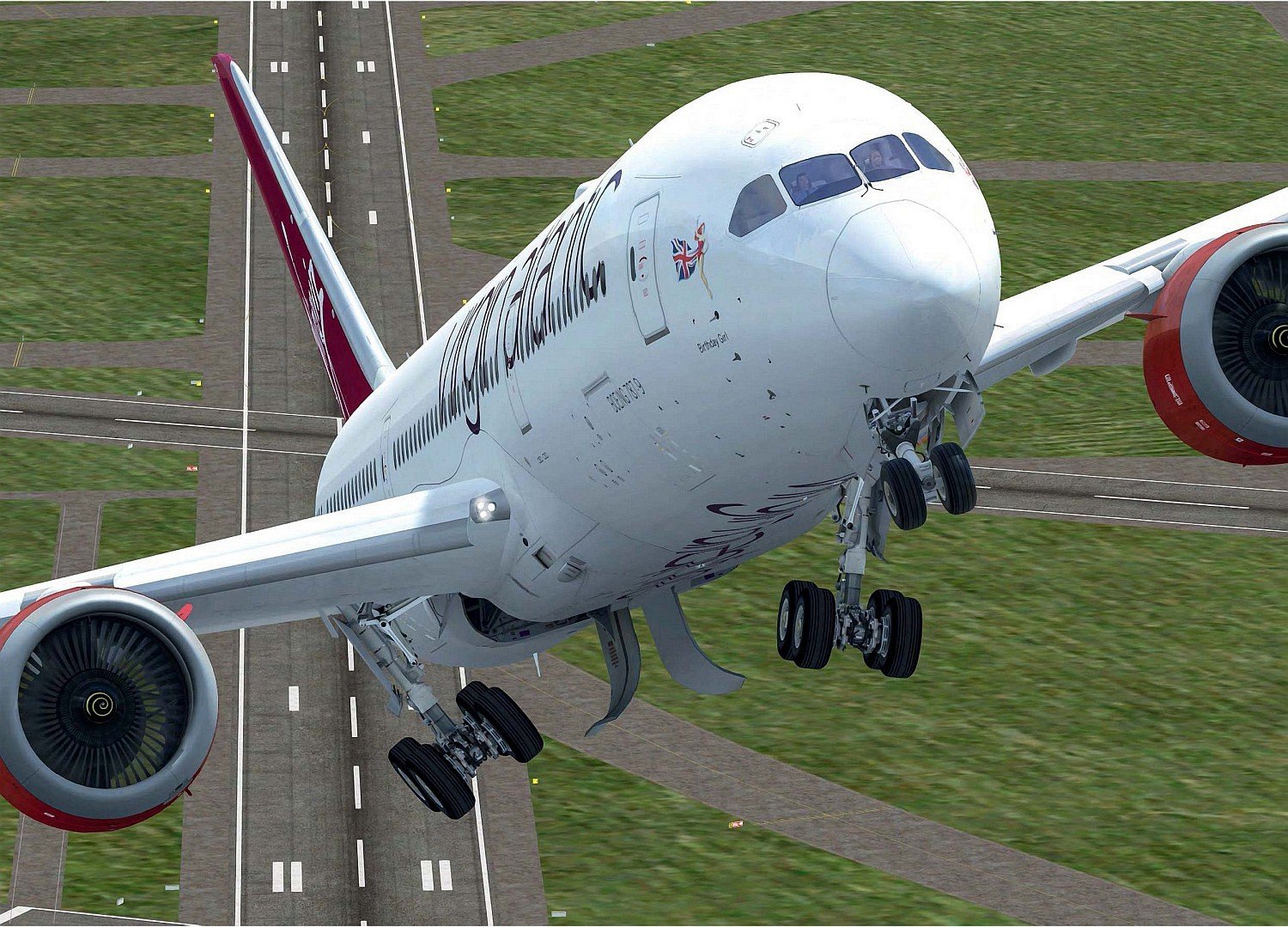 QualityWings has included several realworld and fictional liveries, including this Virgin Atlantic example.

In terms of technological innovation, the Boeing 787 Dreamliner is ground-breaking. More than half its airframe is made from composite materials, resulting in a weight saving of around 20% compared with traditional aluminium designs.

Many of the systems traditionally powered by bleed air from the engines have meanwhile been replaced on the 787 with an electrical architecture, which includes wing ice protection, hydraulic pumps and compressors to pressurise the cabin. In fact, bleed air is only used for the anti-ice on the turbine intakes.