Spurred on in the early 2000s by the growing international unmanned market, Turkey developed an indigenous drone industr y and has become a significant UAV player. Richard Thomas reports

The Bayraktar platform, seen here in its prototype form, has been widely distributed among Turkey’s armed forces
Baykar 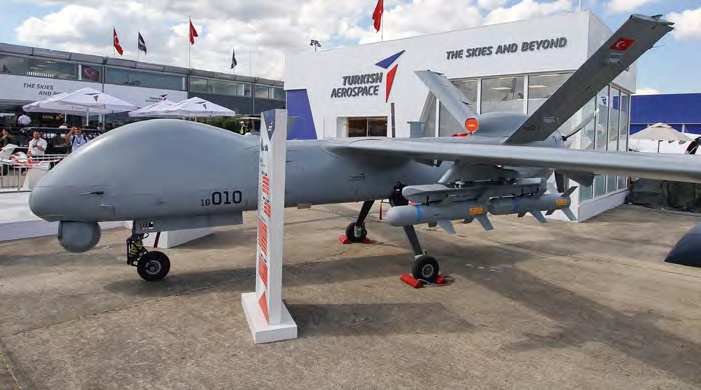 The history of Turkey’s rise as a verifiable developer and exporter of unmanned aerial systems can be charted back to attempts to acquire US and Israeli aircraft in the mid- to late-2000s – efforts that, for a number of reasons, purportedly did not meet Ankara’s hopes or intentions.

Long considered the premier suppliers of military unmanned solutions, the US and Israel had snatched a considerable share of the global market for such systems, a situation that Turkey, as with many countries at the time, had no choice but to engage in.