Emirates has confirmed it plans to continue operating A380s well into the 2030s, but the fleet size will reduce. Airbus

Emirates has confirmed it will continue to operate a substantial fleet of A380s into the 2030s, but that numbers will reduce as it introduces smaller widebodies. Speaking on the Emirates World podcast, airline President Sir Tim Clark said: “You will see the residual A380 fleet, probably about 80 or 90 of those by the turn of the decade [2030s].”

Emirates has rapidly expanded its fleet and network expansion over the past 20 years and Clark said: “When we get the new twins we will then surge forward again, serving routes that perhaps were a little bit small in demand with regard to the [777-300]ER’s capability – after all that’s a 350 to 428-seater aircraft – with 250- 290 seaters.”

Clark added Emirates would start receiving the new twins in the first quarter of 2021, with deliveries ramping up from then to 2025. He said: “You’ll see the network grow and flourish to many places in Africa we don’t fly now, the Middle East, Asia and the United States.” Referring to Emirates’ decision to cut its A380 order, Clark said: “We were concerned that the engines were producing too much emissions compared to the latest engines that are powering some of the new twins. We had hoped to get about a 10% reduction in emissions on the [A380] had they developed it.” 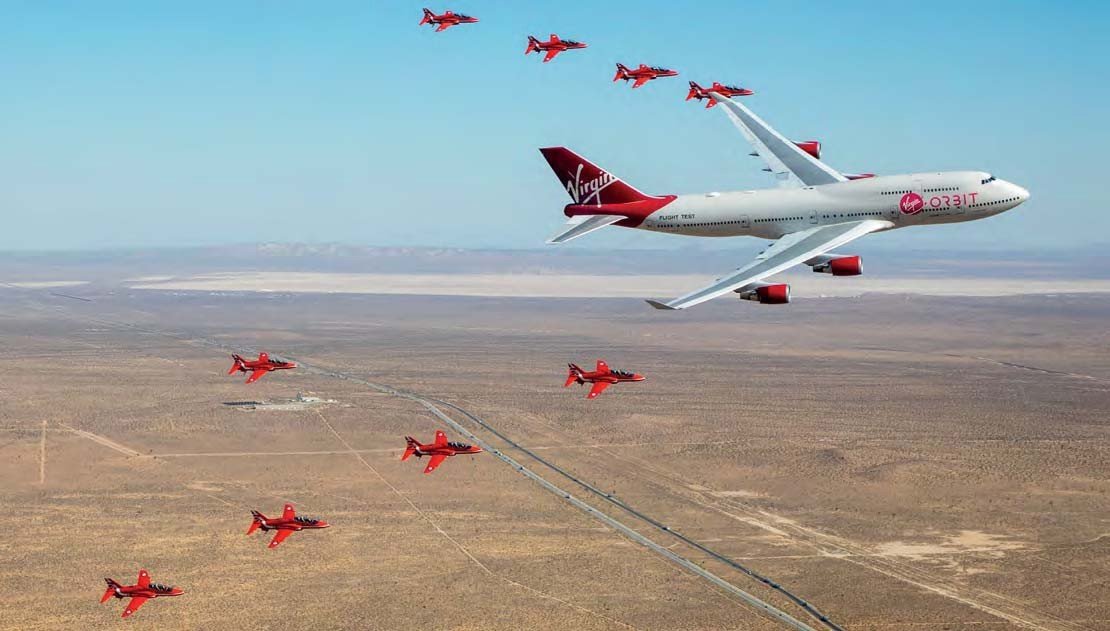 Virgin Orbit Boeing 747 N744VG Cosmic Girl (c/n 32745) flies with the Red Arrows near Mojave, highlighting the news that a Royal Air Force Typhoon pilot, Flight Lieutenant Matthew Stannard, will be seconded to the company, which will use the 747 as part of its small satellite launch system. Cpl Adam Fletcher/Royal Air Force

Air France accepted its initial A350-900 F-HTYA (msn 331) on September 27. The aircraft, captured here during a pre-delivery test flight, is the first of 28 A350-900s for the carrier. Initial routes are Abidjan (via Bamako) and Toronto, followed by Cairo, Seoul and Mumbai. P Masclet/Airbus