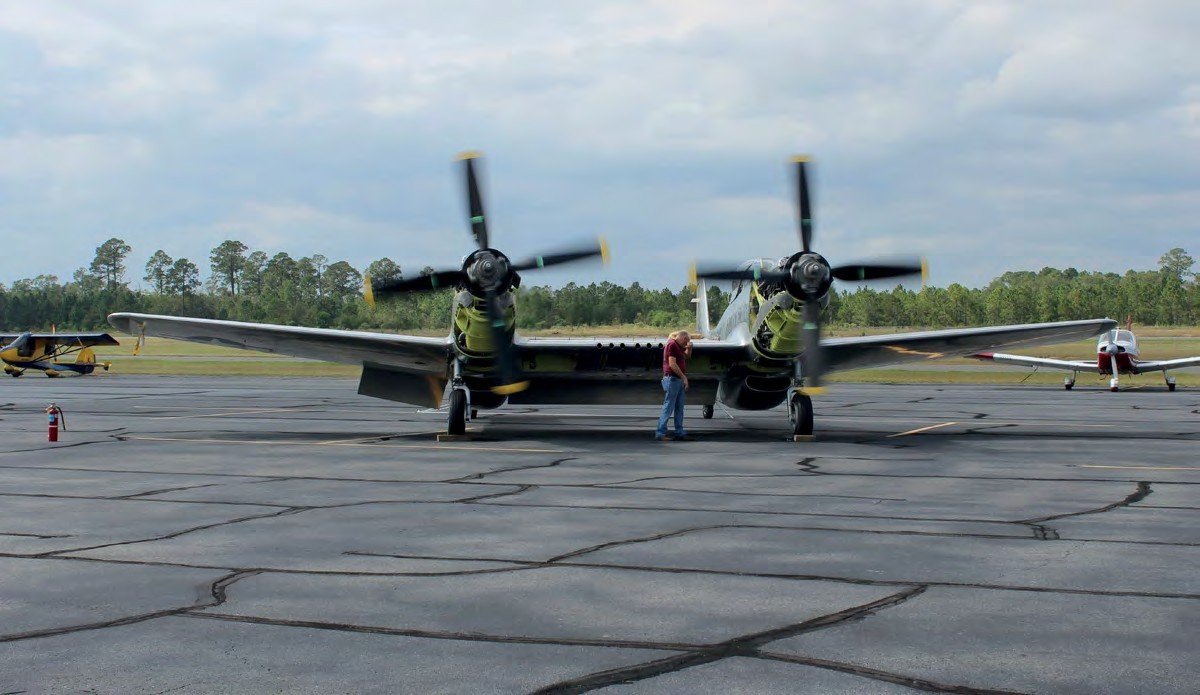 The XP-82 having its two Rolls-Royce Merlins run up at Douglas, Georgia on 16 October. It last flew in 1950 while with the National Advisory Committee for Aeronautics (NACA) at the Lewis Research Centre in Cleveland, Ohio.
WEEZIE BARENDSE

Tom Reilly’s North American XP-82 Twin Mustang prototype 44-83887 had its Rolls-Royce Merlin engines run up for the first time outside Reilly’s workshop in Douglas, Georgia, on 16 October. A first flight is expected before the end of the year. Reilly acquired the XP-82 during April 2008 from collector Walter Soplata, who had kept the Newbury, Ohio since 1965. No example of the Twin Mustang has flown since F-82B 44-65162 of the Confederate Air Force was badly damaged when the starboard undercarriage leg collapsed following a heavy landing at Harlingen, Texas in October 1987.