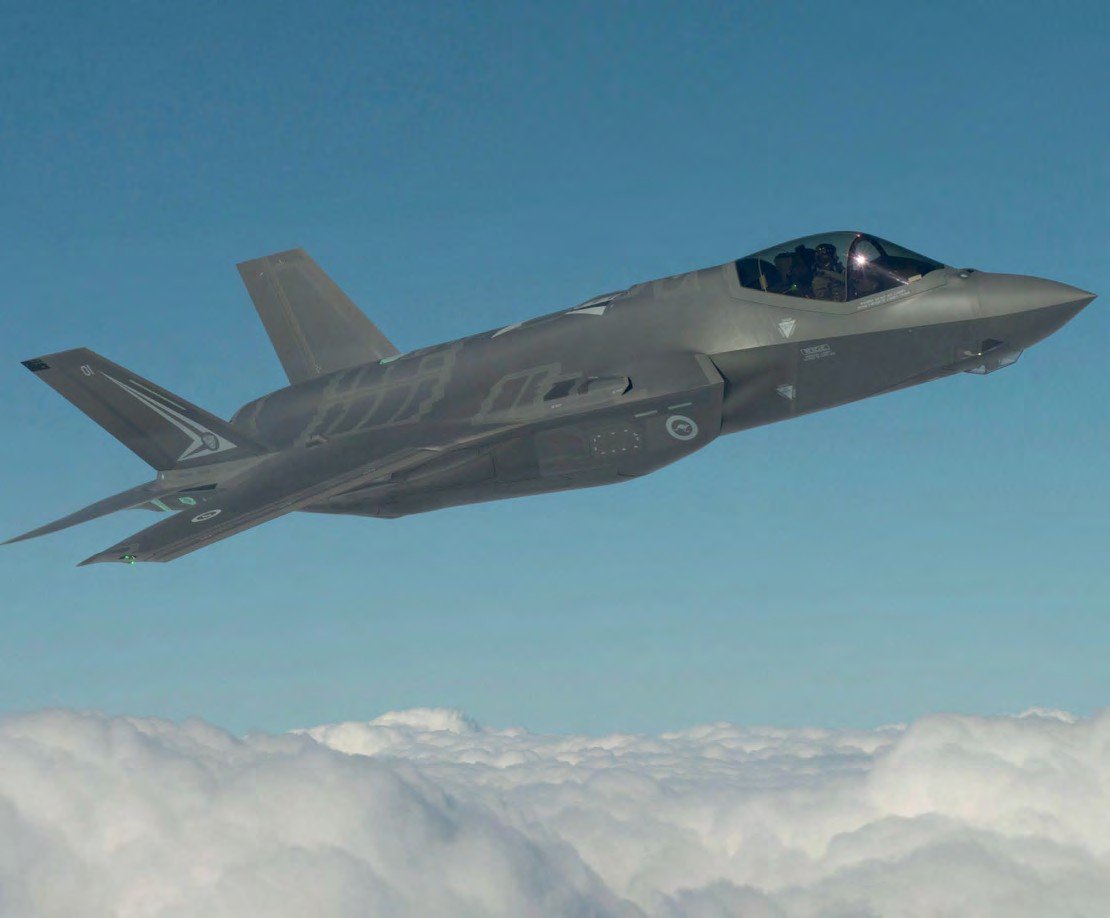 Titled ‘5th Generation Air C2 and ISR’, the paper is written by Lieutenant Colonel Bart Hoeben, Royal Netherlands Air Force (RNLAF), an International Fellow at the Air Power Development Centre in 2016. Specifically, the paper explores new concepts for air command and control and intelligence, surveillance and reconnaissance related to F-35 employment in the RAAF and RNLAF.

Both the RAAF and RNLAF have overarching plans to harness emerging technologies and transition their organisations into fifth-generation air forces. The two roadmaps to the fifthgeneration future are known as Plan Jericho (RAAF) and Commando Luchtstrijdkrachten 3.0 (RNLAF) and one of the driving factors of this transformation is the F-35A, which is being acquired by both services.

With a common goal, Lt Col Hoeben’s paper recommends ways in which the two air forces could cooperate to face the future challenges in the Air C2 and ISR spectrum and also suggests international discussion among other F-35 partners and increased use of simulation in the development of new concepts.

The Air Power Development Centre in a statement on January 8 said: “The paper provides a framework for fifth-generation C2 and ISR, which illustrates the importance of coherence among Air C2 and ISR, collaboration and information and communications technology (ICT) when formulating requirements for system improvements, tied to enhancing Air C2 and ISR integration at the tactical level. It can also be used as a framework to further discuss the new concepts for Air C2 and ISR related to F-35 employment.

Furthermore, the framework supports a broader view of these concepts, including the required professional mastery, collaboration and ICT.”

The centre also said the paper provides ‘tangible recommendations’ about improving Air C2 and ISR systems and their integration, collaboration and ICT at a tactical level, including the possible application of a ‘combat cloud’, which it describes as: “a federation of airborne and ground-based systems [nodes] that gather, process, store and disseminate information; a cloud of nodes that connect and disconnect as required without any node or nodes being vital to the cloud. It furthermore explores the possibility for distribution of control towards the tactical edge, concluding that the RAAF and RNLAF should further pursue this concept.” The RAAF is acquiring 72 F-35As to replace classic F/A-18 Hornets; Australia’s first two F-35As are assigned to the 61st Fighter Squadron based at Luke Air Force Base, Arizona, used to train US Air Force and RAAF F-35 pilots. Australia’s next six F-35As are in various stages of production and pre-delivery status. Deliveries to Australia will commence in December 2018.

The RNLAF has a requirement for a minimum of 37 F-35As to replace its F-16 fleet. The Netherlands’ first two jets were acquired for and are serving with 323 Squadron, part of the F-35 Joint Operational Test Team at Edwards Air Force Base, California. In March 2015, the Dutch government ordered a further batch of eight aircraft, for delivery during 2019. Nigel Pittaway