AIRBUS IS progressing with final assembly work on the first A321neo with a new build standard that enables the type to carry more passengers and fly further.

The company has released an image of the first A321neo with the changes, D-AVZO (msn 7877), at its Hamburg factory. Airbus said this aircraft is due to fly “in the coming months” before being delivered to its asyet undisclosed customer in the second quarter of 2018.

The key aspects of the new build standard are Airbus Cabin Flex (ACF) and an option for additional fuel capacity. The ACF introduces new door and fuselage arrangements for the aircraft, which constitute the most visible changes to the variant from previous A321s.

The cabin exit door just ahead of the wing, known as Door 2, has been removed and four new upwards-swinging double emergency over-wing exit doors have been added. The door just aft of the wing, Door 3, has been moved further aft by four fuselage frames. One pair of the new overwing doors and the relocated Door 3 can be activated or deactivated.

Combined with a new higher maximum take-off weight (MTOW) of 97,000kg (214,000lb), the changes mean an A321neo with the ACF option will have a maximum capacity of 240 passengers, which Airbus says will suit operators such as those in the Asia-Pacific region flying intraregional services where there is a high level of passenger demand.

The ACF is an option for now. Just before this edition of AIR International closed for press, it was announced 50 A321neos ordered by Qatar Airways for delivery from 2019 would be configured with ACF. Airbus has said ACF will become the standard cabin configuration for all A321neos produced from 2020 onwards.

Alongside the ACF option, the latest A321neo build standard also introduces an important change to the underfloor cargo area: an option to install a third auxiliary centre tank (ACT) to extend the aircraft’s range. Previously, there was provision in the A321 for up to two 2,992-litre (790 US gallon) ACTs. 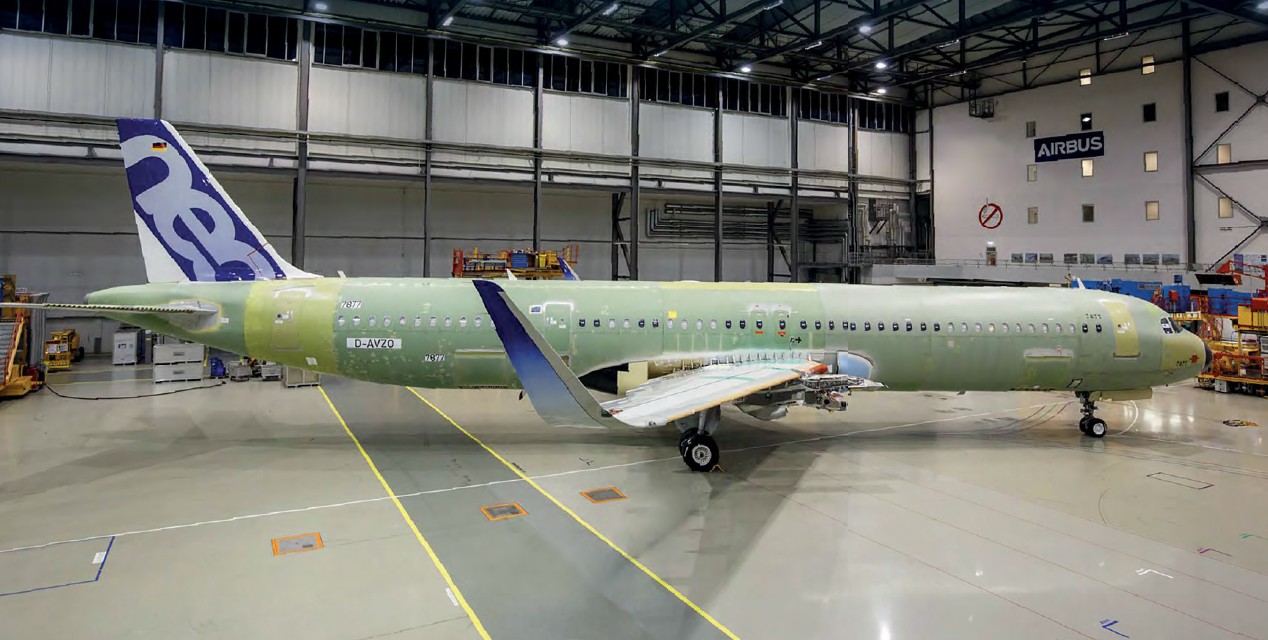 This is the first A321 to have ACF, which removes Door 2 just ahead of the wing and adds new over-wing exit doors.
Airbus

For comparison, a baseline A321neo with two ACTs has a fuel capacity of 29,822 litres (7,848 US gallon). Airbus said the three ACTs on the A321LR are bigger than the ACTs initially installed on the A321ceo: the tanks on the A321LR have 3,121 litres (824 US gallons) of capacity compared with the 2,992 litres on the A321ceo. Several airlines have already been disclosed as A321LR customers.

The Spanish low-cost carrier Primera Air will be an early operator, leasing two examples from AerCap.

Its President and Chief Executive Officer Andri Mar Ingolfsson believes the A321LR “will be a game-changer in the industry”. All 30 A321neos destined for the low-cost carrier Norwegian will be delivered as A321LRs.

Seven A321LRs will be leased from Air Lease Corporation (ALC) by the International Airlines Group and put into service with Aer Lingus. There are also commitments for the variant from Air Astana (which will lease aircraft from ALC) and TAP Portugal. The scheduled delivery date for the first A321LR is the fourth quarter of 2018.

The new build standard with ACF and extra tanks marks the latest step by Airbus in an ongoing programme of modifications made to the A320 family in recent years. Capacity has been increased by six seats to 189 in the baseline A320ceo and 214 in the A321ceo, thanks to the use of the Space-Flex interior solution, designed to use previously unoccupied space at the rear of the cabin. Airbus has also introduced upgraded fuel pumps, landing gears and new inflight entertainment connectivity to the aircraft. Airbus is promising the A320neo variants will deliver a 20% fuel burn advantage by 2020. Mark Broadbent 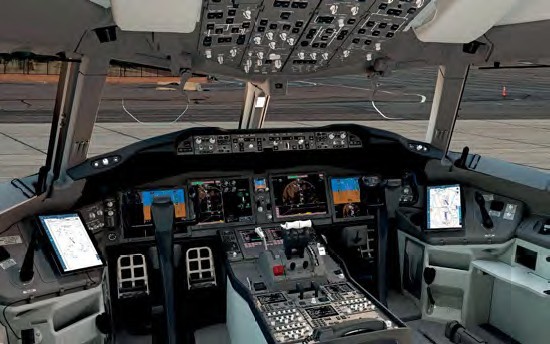 The resemblance to the 787 is evident from newly released images of the 777X flight deck.
Boeing

BOEING HAS shown CGIs of the flight deck for the 777X, revealing in full for the first time the newest Triple Seven cockpit. The flight deck is dominated by the five large 15.1-inch (383mm) Rockwell Collins LCD screens, four of which are on the main panel with the fifth on the central stand.

There will be Class 2 electronic flight bag compatibility and the overhead control panel will have a switch to control the wingtip folding mechanism, which will extend the wings by 7ft (2.1m) to the full 235ft 5in (71.7m) span for flight prior to departure and then retract to ensure ICAO Code E gate compatibility.

The image shows both a close resemblance to the 787 Dreamliner’s flight deck to maximise commonality with the Dreamliner and therefore make mixed fleet flying possible for customers, and commonality with current and legacy 777 flight decks (for example, the layout of the overhead panel). Mark Broadbent 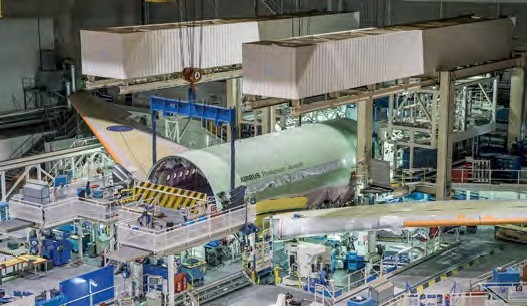 Assembly work on the initial Airbus A330-800neo is underway in Toulouse ahead of its planned mid-2018 first flight.
H Goussé/Airbus